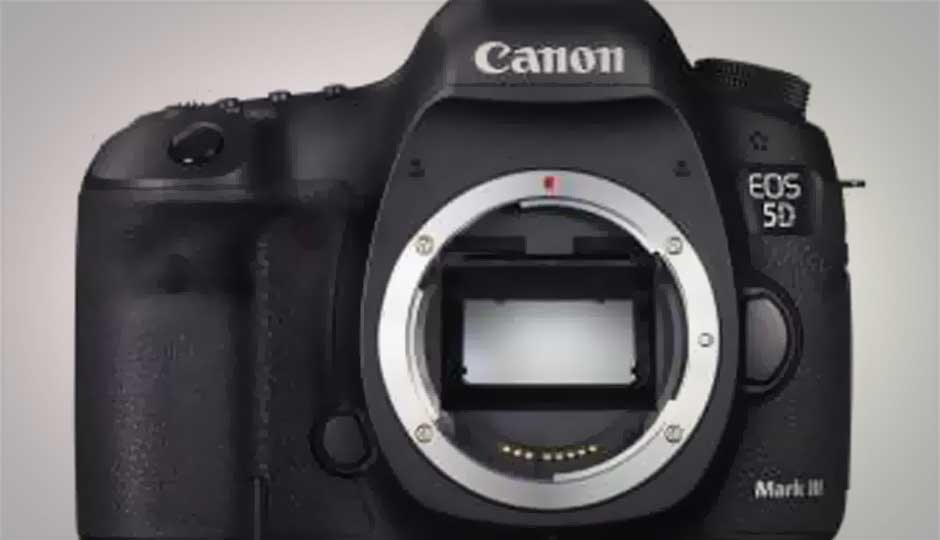 If you particularly, have the Canon 5D Mark III, you'd probably soil your pants when we tell you that a team of developers have figured out how to enable HDR video on your camera, and yes, you can do it right away. The feature is called Dual ISO, and before we get into it, first, a little background.

As great as the camera may be, there is always scope for improvement and there is a bunch of developers at Magic Lantern who swear by this philosophy. They have been working extremely hard at developing a custom firmware that will take the 5D Mark III to the next level, and a few weeks ago, they finally managed to do so.

The first version of the Magic Lantern Firmware for the 5D Mark III was released as what the team calls a “nightly build,” a highly experimental version of the firmware not even qualified to be considered a beta. The firmware, which runs through the SD card (in this case) is a soft-mod, meaning it does not permanently alter any firmware code that Canon writes to the camera’s ROM.

Major Disclaimer Alert – If You Don’t Read This, Your Camera Will Die a Fiery Death.
We’re not going to write our own warning, as the guys at Magic Lantern have done an amazing job of drafting one. With reference to the nightly build of the CFW of the 5D Mark III, they say

“This code changes low-level sensor parameters. In the technical doc you can see how this method messes with the feedback loop for optical black, for example. Therefore, it's safe to assume it can fry the sensor or do other nasty things. My 5D3 is still alive after roughly one week of playing with this, but that's not a guarantee. We don't pay for repairs. Use it at your own risk.”

You can read the technical document explaining the coding magic behind the Dual ISO feature right here.

The Math, Science, Absurdity and Wizardry of Dual ISO Explained
The Dual ISO feature works only on the 5D Mark IIIand the Canon 7D (but photo only on this one). The reason behind this, according to A1ex, one of the Admins of the site and the co-creator of the firmware, is that the sensors on the Canon 5D Mark III and the Canon 7D both have an 8 channel read-out, as compared to the 4 channel read-out on every other Canon DSLR. Canon uses a signal amplifier circuit in all other cameras with a 4 channel readout, so for an 8 channel read-out, they speculated the presence of 2 amplifier circuits and designed the code that would program them to operate at two independent ISOs.

What Dual ISO is Actually Doing
When the mode is activated, it is essentially capturing two ISO frames at the same time. However, the image is quite garbled, so the light and dark frames must be separated and then recombined with usable information from both frames to yield one proper image. The downside for photo of this process is that the image yielded is technically a half resolution file (the image will still read a full 21 megapixels, but if you zoom in at 100%, you notice scan lines). For web-work, it shouldn’t matter, but if you’re looking to make billboard sized prints, we recommend using the bracketing approach to capture maximum dynamic range. As for video, it should be obvious that since it’s a frame-by-frame alternation of ISOs, if you get motion in your footage, it will look unnatural. However if you want to shoot a video for interiors, go right ahead and exploit this technique.

Okay, Okay, I Get it! How Do I Get it on My Camera?
Before we begin, here is a list if things you will need:

2) Magic Lantern firmware files, which you can download from here. Let’s call this “File-Set-A”

3) The Dual ISO module which you can grab from here. Download the whole thing as a zip file. Let’s call this “File-Set-B.”

Getting the Firmware onto the camera.

1) Once you have downloaded the ML firmware, extract it to a folder on your desktop into a folder called “Custom Firmware.” You can call the folder anything you like, but we like to calls ours “custom.”

2) In the folder, you will see three files, one of which is a PDF file for users (this doesn’t need to go on the camera). The other two are “ml-5D3-113.fir” (this is an actual custom firmware file) and a folder called ML (with several subfolders). Within the ML Folder, create a new folder called “MODULES” (make sure it’s all caps).

3) Now open Fil-Set-B.zip and delete the 7D folder (you don’t need this). Now copy all the files with the extension “.MO” into the Modules folder you created earlier. Copy autoexec.bin and place it in the root (outside the ML folder). It should be giving company to the firmware file.

4) Now you have your package ready, so plug in your SD card into your PC. Use a card reader (plugging your camera just won’t work)

5) Copy the firmware file, autoexec.bin and the ML folder to the ROOT of your SD card.

7) Turn on camera and go to the update firmware option. This you can do by pressing “Menu> Settings (the yellow wrench icon)> Fourth page > Update firmware.

9) Pray to god your 5D MarkIII doesn’t explode from supercharging the living shiznits out of it. (No seriously!)

10) Wait for the red lights to stop blinking. Once they stop blinking, wait for a few minutes just to be sure. Now your firmware is installed.

1) Magic Lantern usage instructions say that once the firmware is installed, pressing the “Delete” button on your camera would bring up the menu, but that instruction is for sanctioned firmware and DOES NOT APPLY to this particular, highly experimental one.

2) If you press the Delete key right now, nothing will happen. Turn off the camera at this point.

5) Go crazy as the Magic Lantern welcome screen welcomes you.

6) Go to “Modules” tab (the last one on the right) and enable “Autoload Modules on Startup.” All dots should turn green.

7) You can enable Dual ISO from the Movie or Shoot menus and set the corresponding values for the two ISOs you want the camera to shoot at.

You now have successfully loaded the custom firmware onto your 5D Mark III. We have been using it for over a week, with the camera shooting almost everything on Dual ISO mode and the results are actually quite nice. However, given the highly experimental nature of the firmware, we strongly recommend waiting till a more stable version of the firmware is made available. But if you absolutely must use this, we will be serving up a guide to using the Dual ISO mode in the coming few days, so watch out for this space. In the meantime, enjoy this one sample video.