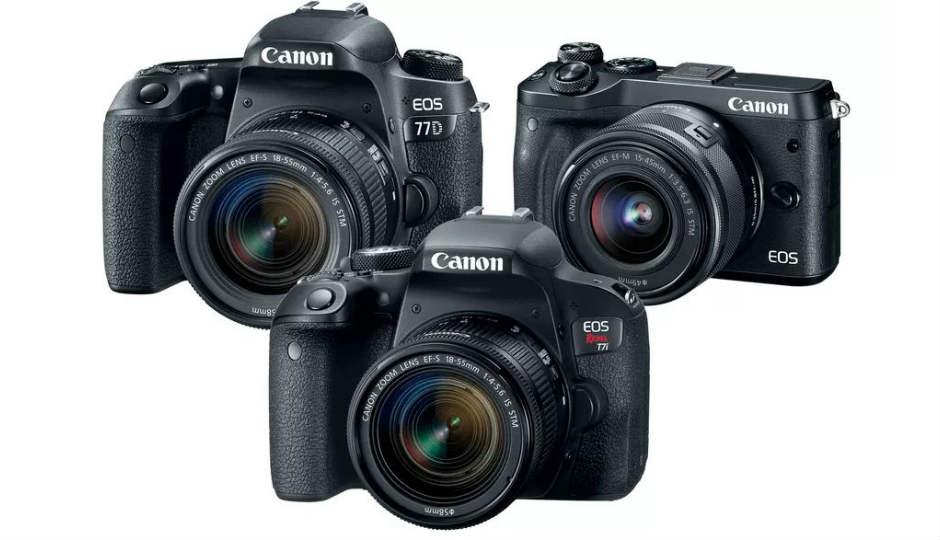 Canon has unveiled three new cameras as part of its 2017 lineup - a couple of intermediate DSLRs, and a solitary mirrorless camera. The three cameras are the EOS 800D (Rebel T7i in USA), EOS 77D (EOS 9000D in certain regions) and the EOS M6 mirrorless, and in what is a common theme among the three, bring much-needed upgrades to each of their lineups. While the dates are not yet out, Canon has confirmed that all of these will make their way to India, and also be up for sale quite soon.

The Canon EOS 800D now includes a 24.2-megapixel APS-C CMOS Dual Pixel sensor, the same that has been used in the enthusiast-oriented EOS 80D. Canon has been rolling out Dual Pixel on-chip phase detection autofocus-enabled sensors to most of its lineup, and three years after its first showing, the technology has trickled down to the entry segment as well. Powering this image sensor is a 45-point, all-cross type autofocus mechanism, with the centre AF point focusing at f/2.8. 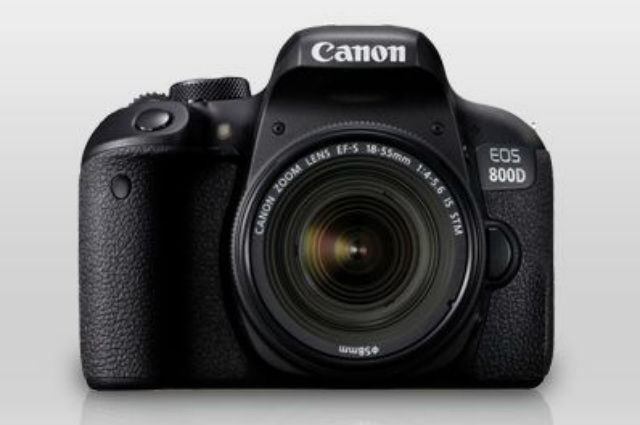 The EOS 800D also includes the new DIGIC 7 image processor, and all of this allows for 6fps continuous shooting with fixed focus and exposure and no stabilisation, and 4.5fps with autofocus - a marked 50% improvement over the EOS 750D. All of this, theoretically, leaves room for drastic improvement of photograph quality and overall shooting ability of the EOS 800D, marking the first truly major upgrade to this intermediate lineup in nearly seven full years.

Other new elements here include a new graphical interface for beginners, aimed at making first-time shooters familiar with the settings of a DSLR by giving them access to it via the responsive 3-inch swivelling LCD display that retains the same resolution (1.04MP) as before.

Canon EOS 77D
A direct step-up from the newly-launched EOS 800D, the Canon EOS 77D also uses the same 24.2MP CMOS APS-C Dual Pixel sensor with the same focusing mechanism and the same, 63-zone through-the-lens open-aperture metering with 7560-pixel RGB+IR metering sensor. Paired with the new DIGIC 7 image processor, the results between the EOS 77D and the EOS 800D will be mighty close, and the new cameras even use the same battery. 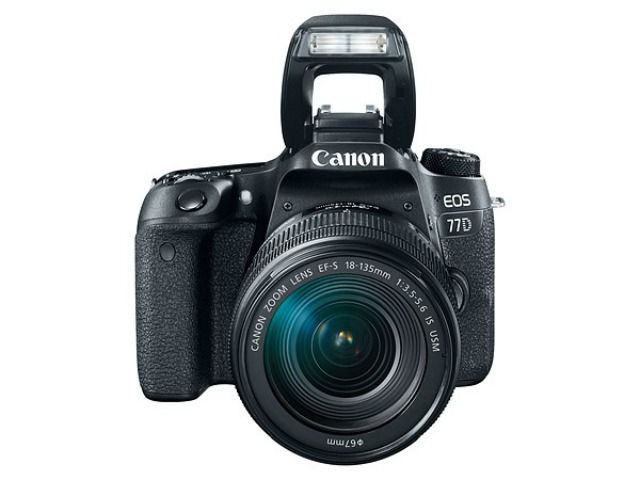 The differences? Well, for the few extra bucks you get a quick access backlit LCD on top, an AF-on and more custom controls for better usage setup, built-in bulb and interval timers for exposure time, and a proximity sensor around the optical viewfinder that shuts the LCD off to save on battery. It also has a slightly bulkier body, and no graphic interface for dummies to get accustomed to settings. Essentially, it is the EOS 800D for more serious photographers who cannot (or would not) afford the EOS 80D. 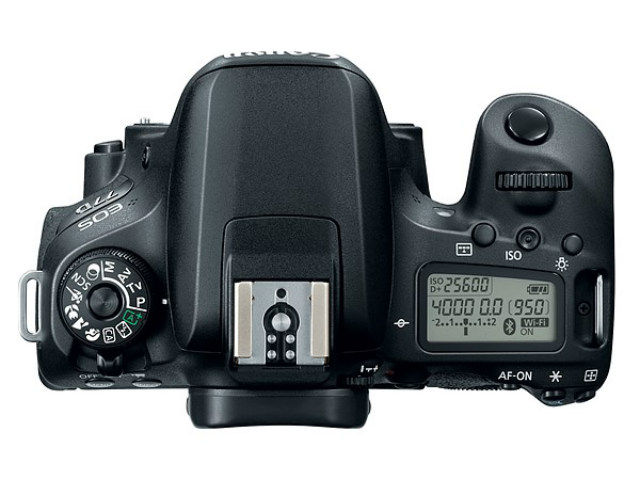 Canon EOS M6
Replacing the older EOS M5, the new Canon EOS M6 pairs the 24.2MP CMOS APS-C Dual Pixel sensor with the DIGIC 7 image processor, just like the two DSLRs. While this marks a difference in the photograph quality and speed of shooting, continuous shooting speeds remain the same as before, marking no real upgrade in buffer. 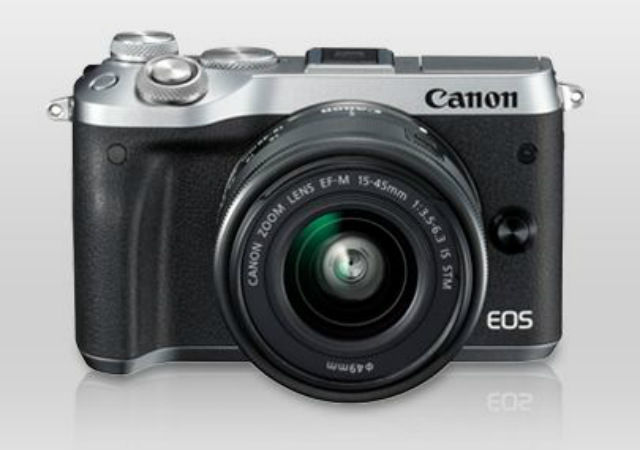 Canon has inverted the angle of fold for the touchscreen LCD, and omitted the optical viewfinder (which is now a separate hot-shoe accessory) to make the overall camera lighter and resemble the PowerShot flagships. This is possibly aimed at making the EOS M6 more tuned to the market - at its price, people would only opt for a mirrorless camera if it is significantly smaller and more compact than DSLRs. Otherwise, at least in a growing market like India, a smaller set of compatible lenses and eventually inferior shooting experience does not really mark anything lucrative over DSLRs.

Prices and availability
The most affordable of the lot is the Canon EOS M6, premiering soon in India at an introductory price of Rs. 56,995. Among the DSLRs, the EOS 800D with the new 18-55mm lens costs Rs. 62,995, while the same kit for the EOS 77D costs Rs. 65,995. While availability for the three cameras have not yet been specified, they should be available within the next couple of months. The new cameras are already listed online, which is another sign of them being launched soon.

In hindsight, it may have been wiser for Canon to have priced the EOS 800D at a lesser point, seeing that all of these cameras are not really innovative per se, but are plugs to fill up consumer space gaps in Canon’s portfolio. The EOS 77D looks by far the best deal among the new cameras as of now, and may go up against the likes of the Nikon D7200, when launched.