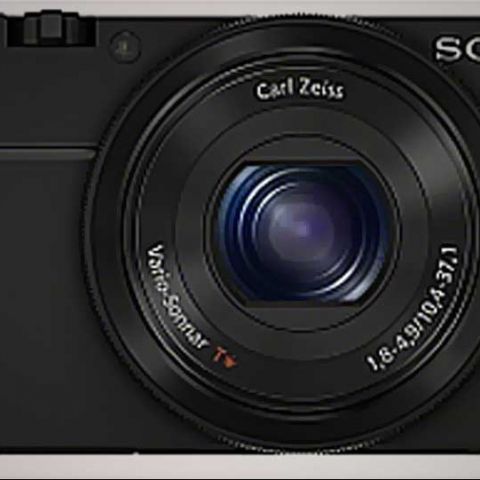 The Sony DSC-RX100 was made available to the Indian public yesterday and we’ve already gotten some hands-on time with it. But before we get into what we think about the camera, let’s recap what all the hype is about. First off, it’s the first point and shoot from Sony to have a 1-inch back-side illuminated sensor.

Thanks to the bigger sensor, Sony’s managed to pack in 20MP of imaging goodness onto the silicon, along with having each individual pixel be 3.6 times bigger than the pixels on a regular point and shoot. Along with that, the Sony DSC-RX100 packs in a bright lens of f/1.8 at its widest setting. There is a control ring on the lens that can be configured to change anything from aperture to shutter speed to manual focus, giving the camera a somewhat pro feel. A powerful sensor, a bright lens and a control ring all packaged into a neat little pocketable camera and that is what the hype is all about. But the real question is, does it live up to it?

For starters, the RX100 really is quite pocket-friendly in size. It is quite light as well, despite the mostly metal construction. The body has a mode dial on top and a slew of buttons and a dial at the back for instant access to the most commonly used settings like ISO, playback, flash modes, burst modes etc. The arrangement is quite neat, but takes a little getting used to if you’ve not been using Sony so far. It’s a treat to see that Sony excluded a touchscreen on this one.

As far as using the Sony DSC-RX100 goes, the control ring takes a little getting used to, but once you have the hang of things, it’s a total breeze. One thing to keep in mind is that despite being an advanced point and shoot, the RX100 IS a point and shoot camera. So it doesn’t have the easy access of a DSLR. For example, the ISO settings have to be accessed by first pressing the Fn button and then scrolling over to the ISO setting. This isn’t much of a deal breaker though, as the right and left presses of the dial on the back can be reconfigured to access ISO settings.

After having fired off a couple of test shots, we’re pretty impressed by how far technology has come. It’s not everyday that we leave our dSLR at home and take a point and shoot with us instead. The images out of the RX100 are pretty good, especially for a point and shoot. The bokeh thanks to the bigger sensor and aperture is extremely pleasing and the camera has a very good minimum focusing distance, allowing for some pretty impressive shots.

There is a lot more to the camera and we suggest you stick around for our full review that’s coming real soon.