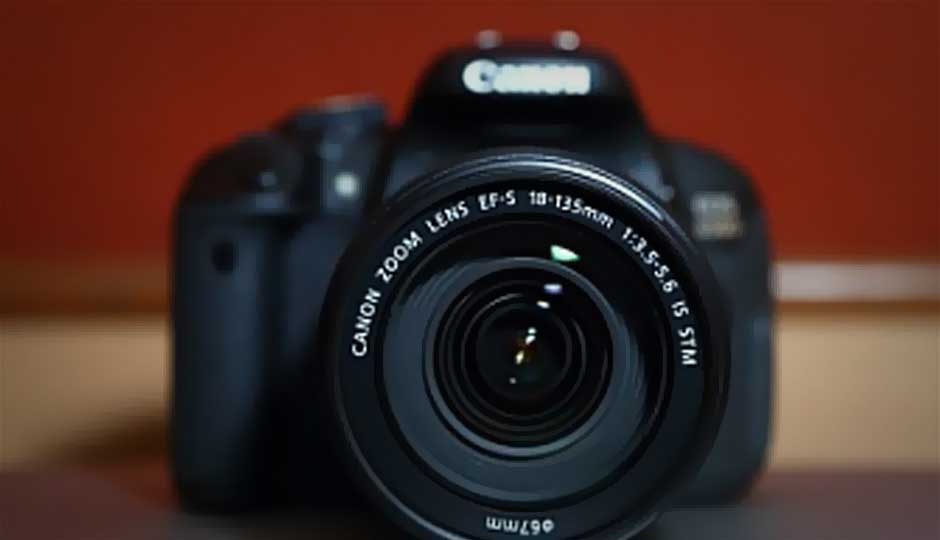 The Canon EOS 650D is the new entry level DSLR from the camera giant and it packs quite a wallop. Though the basic feature set that has become signature of the xxxD series continues with the 650D, the latest “rebel” does include a few aces up its sleeve.

The first thing of obvious interest we noted in our story about the 650D’s launch was the multi-touch capacitive touchscreen. Now that we have this little puppy in our hands, we can say with full confidence that Canon has delivered on its promise of an amazing touchscreen. It almost feels as fluid and easy-to-use as the touchscreens on most modern smartphones. The lag is minimal and so is our level of frustration (which used to run sky high with the touchscreens on point-and-shoot cameras). Every aspect of the camera can be controlled using just the touchscreen, along with the ability to use the screen as a touch-shutter.

The second novel feature on the EOS 650D is the 18 megapixel sensor that records detail rich images. The sensor is similar to that found on the Nikon J1 and V1 in the sense that it comes with Phase Detect AF built into it. The Canon EOS 650D has successfully become the first DSLR to incorporate both phase and contrast detect AF. The phase detect puts the lens in the vicinity of the correct focus and then the contrast AF fine tunes it, but the whole process takes surprisingly little time. We tested the AF with the kit lens, the 18-135mm f/3.5-5.6 IS STM, a lens with the new STM motor designed specifically to take advantage of the new AF system.

The hybrid AF coupled up with the new STM based lenses is supposed to be aimed at attracting more videographers to adopt the Canon system. Canon says that besides offering full-time AF in video recording mode, the new lenses can also focus in absolute silence, leaving the audio recorded by the camera free from any whirrs. We tested out the claim by shooting a friend as he walked by. We switched the camera to live-view mode and focus to AI-Servo for best results. Even at 5fps shooting speed, the focus managed to keep up (or vice versa?) and we got all shots in focus.

The 650D has promise and we definitely liked in the first couple of hours we’ve spent with it. Watch out for our full, in-depth review of this new entrant by Canon.