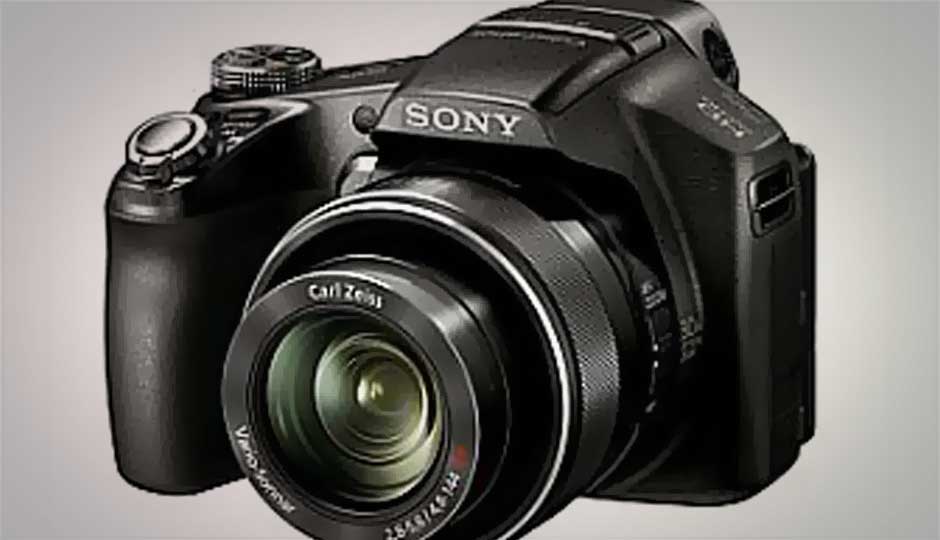 Camera buying in todays day and age is a tough process if you are not really in the know. We get a lot of reader queries asking us which digital camera to buy, and we noticed that many queries just have a couple of specifications. So we decided to list down things that you should know about before you decide on getting your next point and shoot digital camera. There will be a lot of terms which the marketers will throw at you, but you need to make the right choice based on your use case scenario and your budget.

After you have identified the situations in which you are going to use the camera (shooting indoors, while travelling, sports, wildlife, etc) then go through the list below.

As far as point and shoot cameras go, the sensor sizes are not comparable with their DSLR counter parts. But in the four types of form factors that you will come across below, you will notice a category called High end point and shoot cameras, which have sensors comparitively larger than other types. A larger sensor size means the camera will be more expensive. But if you want a better low light performance, higher quality images, you should go for a camera which has higher sensor size, amongst the ones you have shortlisted. Offlate we are seeing a lot of Backside Illuminated CMOS sensors. These type of sensors give great low light performance as compared to plain CMOS or CCD sensors.

ISO refers to the light sensitivity of your camera's sensor. A higher ISO rating will ensure that your subject is much brighter as it involves digitally amplifying the light information received by your camera's sensor. But if the sensor size is small (as is the case with most point and shoot cameras), higher ISO setting may lead to a lot of unwanted noise setting into the picture. Only the high end point and shoots can do a good job at ISO 1600 or 3200, but do not try these ISO settings with other categories and expect sharp images.

Go with eyes closed on this one. Optical zoom is what you should be looking for. Digital zoom is useless, as it will not add any value to the zoom. Also the final image that you will get will most likely be blurred or pixillated at 100 percent crop. Optical zoom actually takes you closer to a far off object, whereas digital zoom merely zooms into the image that you already see through your view finder. This is the same as zooming in on an image when you are viewing it on your system or your camera's LCD. It will result in pixillation.

Depending on your needs, optical zooms are of varying kinds. For ultrazooms or travel zooms, look for anything above 12x to 15x, but for standard point and shoot cameras, anything above 4x is manageable as you will not use such cameras for wildlife photography. 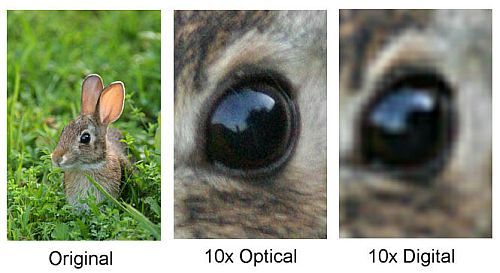 This is a very important aspect to look for in cameras as it helps to reduce camera shake in the final output. Specially when shooting under low lighting, where the shutter has to be open for a long time, you breathing movements do tend to shake your camera resulting in a blurry output. Image Stabilization allows you to still get a sharper image by compensating for the camera shake. Ideally most cameras do come with image stabilization in-built. It is also known as Vibration Reduction (VR) in Nikon cameras, Optical Steady Shot (OSS) in Sony cameras, MegaOIS in Panasonic etc.

All cameras have the Auto mode but for photography enthusiasts who want more control over their camera, should opt for a camera having the Av, Tv and M modes. It gives a user more options to play around with. For a rank beginner, manual features may not appeal much, so it does not make sense to spend on a camera sporting these features, as they may not be used.

We have identified four form factors as far as point and shoot cameras are concerned.

1. Entry level point and shoot: These cameras are easy to carry around and can even fit in your jeans' back pocket. They may or may not have manual control modes such as M, Av or Tv. Some of the recent ones also include touchscreen LCDs. These cameras are ideal for first time users.

2. High end point and shoot: These cameras have a similar form factor as the entry level point and shoots, but they are packed to the gills with features. They have complete manual functionality and even goodies such as a GPS. Ideal for advanced users, who want a compact camera body. They are priced at a very high premium.

3. Travel Zooms: Offlate, high optical zoom cameras have found their way in compact form factors. Just like the entry level point and shoots, Travel zooms have a compact form factor, variety of features, great optical zoom powers. These cameras are ideal for people who travel a lot, but do not wish to carry the bulky Ultrazooms. Travel zooms can easily fit into your pockets.

4. Ultrazooms: These cameras are a bit bulky and you will need a separate bag to carry them. They ideally should have manual controls, and have a prominent lens barrel which allows it to pack in optical zoom levels beyond 30x. Suitable for travellers who want a rugged camera and is willing to bear the weight for great optical zooms.

This is one prime feature in cameras nowadays. If you shoot video, then you have to have a camera which supports HD recording which can be 720p as well as 1080p. Also keep a tab on the frames per second (fps) rating, the higher the better. If you have a camera which can shoot 1080p at 15 fps and another one shooting 1080p at 30 fps, go for the second one. Also make sure that these cameras have focus tracking or continuous focus features.

Also look for options such as live zooming – which allows you to zoom in and out whilst you are shooting; strength of the microphone in picking up voices and suppressing wind noise and whether your system supports the format in which the videos are shot.

Five years back, camera manufacturers really pushed a higher megapixel count as a selling proposition. Not anymore. If you are just going to share the digital photographs online or via any other digital distribution media such as CDs, DVDs or USB drives, then any camera that can shoot over 5 MP is more than enough. And most respectable cameras will come with atleast 10 MP count, which is more than enough. The higher megapixel count only matters if you plan to print out the photographs to sizes larger than A4.

Earlier point and shoot cameras did have a viewfinder. But nowadays, apart from ultrazooms, you rarely see a viewfinder on point and shoot cameras. This is thanks to the larger LCD display sizes. Ideally anything above 2.5-inches is great. But if you are going to shoot by looking through the LCD, make sure that the LCD has a higher dot resolution (460,000 dots and up). Some Nikon point and shoots have a great 921,000 dot resolution screens which give a sharp display. Also you should try using such cameras in sunlight to check how good the visibility is.

Another thing to be considered is articulated displays. If the LCD can swivel or tilt, then that gives you a good bit of flexibility to shoot from various angles – think shooting from a ground level without having to go on all fours or placing the camera up above your head and still getting a well-composed shot.

There are lot of cameras out there that offer touch sensitive LCD displays which also allow touch based shutter firing mechanisms. Our experience with touchscreen based cameras has not been very great, as you end up spending a lot of time making adjustments, rather than making photographs. Also with well laid out buttons, sometimes you can blindly operate, whereas in completely touch based menu system, you will need to do a lot of swiping. As a feature it is good, but functionality-wise you are better off with a camera that has physical buttons.

Honestly, the 3D mode in regular point and shoot cameras is a gimmick. Only if you have a 3D monitor or a 3DTV do go for this feature. It makes no sense to spend extra cash over just the 3D feature over another camera which has similar features except the 3D mode.

GPS – do you really need it?

Global Positioning System or GPS chips have started making entry into the travel zoom and high end point and shoot cameras for a while now. The only advantage is that you can pin-point the location where you have taken a photograph. Some features such as GPS tracking, allow you to track your entire travel route even if the camera is switched off. But the side-effect is quick battery drainage. Specially in places where is it difficult to get a lock on the satellites, it uses even more battery. So this feature is ideal only for those who want to log the co-ordinates of the places they have shot. But make sure to keep an additional battery.
Shutter lag and Starup time

Research about the cameras shutter lag time ie. Time taken to lock on the focus, time taken to before the camera is ready for the second shot after the first shot has been taken. If both these times are slow, then you are in for trouble. Try out the camera and take some photo of a nearby object. If the camera is hunting for focus when you are pointing it at the object, then move onto another camera. Autofocus should ideally be quick. One indicator to the shot to shot time is the feature of camera called burst mode or continuous drive mode. In this more, a camera takes a series of photographs on one shutter press. Higher the better. Ideal for shooting fast action scenes.

Also a camera having a fast startup-to-first-shot time is ideal. So enquire about these timings or look them up online. Remember, faster the better.

High end point and shoots and some ultrazooms nowadays sport the RAW shooting mode as well. Most cameras save image files as JPEG which is a lossy format, but RAW is a lossless format as it preserves all the data in your image. In the post processing stage, a RAW image will give you a much wider range of settings to play around with than a JPEG image. But RAW images occupy more space on your card than a JPEG file, so make sure your card is of the appropriate capacity. This mode of shooting is ideal for those who are advanced users and who will spend some time post processing the images later.
Battery

Eight out of ten cameras out there use proprietary Li-ion batteries whose charge to discharge time may vary. Some ultrazooms support AA batteries as well. Number of shots depends upon a variety of factors, so it will not be same across cameras even from the same brand. So make sure you look at the specs sheet for the battery rating and how many shots it is capable of. If you feel its less or if you plan to shoot tons of images on your outing better have a spare battery.