Digital Camera Buying Guide: 5 mistakes to avoid when looking for a camera 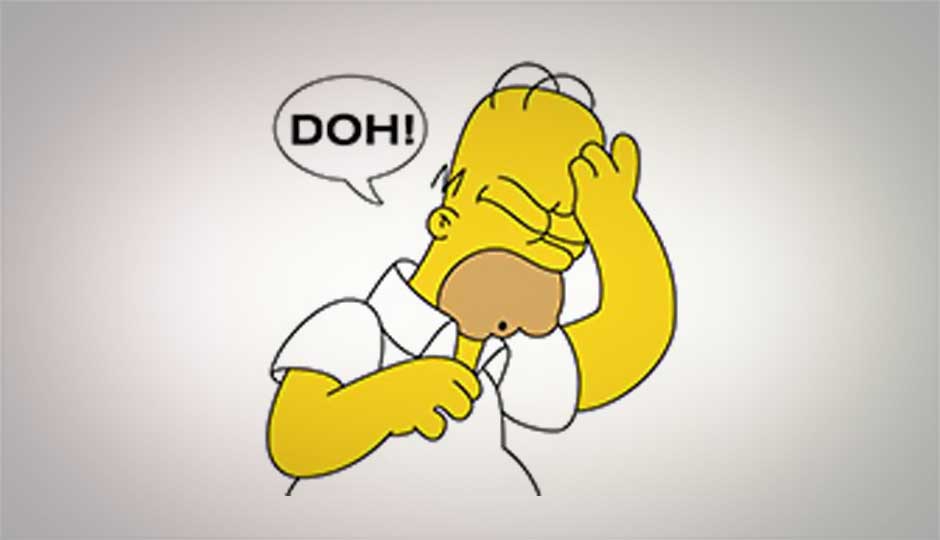 Are you ready to step out to buy your next point and shoot camera? Done all your research? Good, but chances are, when you walk into the mega store, a salesman with a silver tongue is going to greet you and totally throw you off your game. They'll serve up some of the most ridiculous talk, all layered in convincing intonations that will make you second guess your research. Well, we've put together a little guide that would help you fortify your stance and aid you in seeing through the marketing BS these sales dudes might spew your way. Avoid these 5 most common mistakes!

Forget Megapixels, Check the Sensor Size.
The worst is probably when a salesman will try to pawn off a camera to you by saying “sir, this has more megapixels, it will give you better images.” You take that very camera and beat him with it, asking if the extra megapixels caused extra hurt. Always remember, physics dictates that bigger sensors will always give you better images. Bigger IS better.

Understand what makes a camera good in low light
We asked salespersons across various big retail chains to show us cameras that were especially good in low light and they ended up showing us some of the worst cameras possible. Each of the cameras we were showed cost less than 10K and when we asked what exactly made them great at low light photography, one sales man said “sir this has more zoom, so you can zoom farther in low light,” while another said that “because this has 20 megapixels, it will be able to see more in the dark.” Clearly none of them know what the hell they’re talking about, so let us dish some knowledge out for you. A camera shoots GOOD in low light if it uses a BSI sensor, has a FAST aperture of f/2.8 or faster but the best way to get good low light photos is to use a camera with a BIG sensor.

Aperture Range is as important as the starting Aperture itself
Did the salesman just show you a camera for 15K with an aperture of f/2.8? Did that get you incredibly excited, almost enough to flop that cash at the checkout counter? Don’t. That f/2.8 will quickly change to a black-hole like f/4.8 (or worse) and you’re better off trying to sketch the scene than photographing it at this aperture. Go for a camera which has smaller aperture numbers, such as f/1.8-2.8 (smaller the better, on both sides of the dash).

The mysterious X (X zoom factor)
Another point of frustration when trying to buy a camera is when salesmen say that a camera is better because it has a higher “Zoom” factor (8x is better than 6X etc.) Now imagine having two cameras, one with a lens that goes from 20-200mm and another that does 25-250mm. Both have the same X value (10X, which is calculated by dividing the higher number by the lower one), so which would you pick? Ideally, the best fit is the one that gives you a decent wide angle (24mm or lesser) along with a decent telephoto end of about 250mm. Don’t be fooled by the X people!

HD, Full HD, Ultra HD, Ultra Mega HOLYHELL HD Video
In our journey through various big store chains, many salesmen told us that some cameras recorded HD video and some did Full HD. When asked what the difference was, we were told that HD meant 720p while Full HD meant 1080p. While we can argue to the grave about the definitions of HD, truth is, when you’re out buying a camera, you will be subject to this marketing jargon, so it's best to know that when someone says HD, make sure you verify what resolution they are trying to convey. We found that some salesmen called 1080p HD while some called it “full HD.”