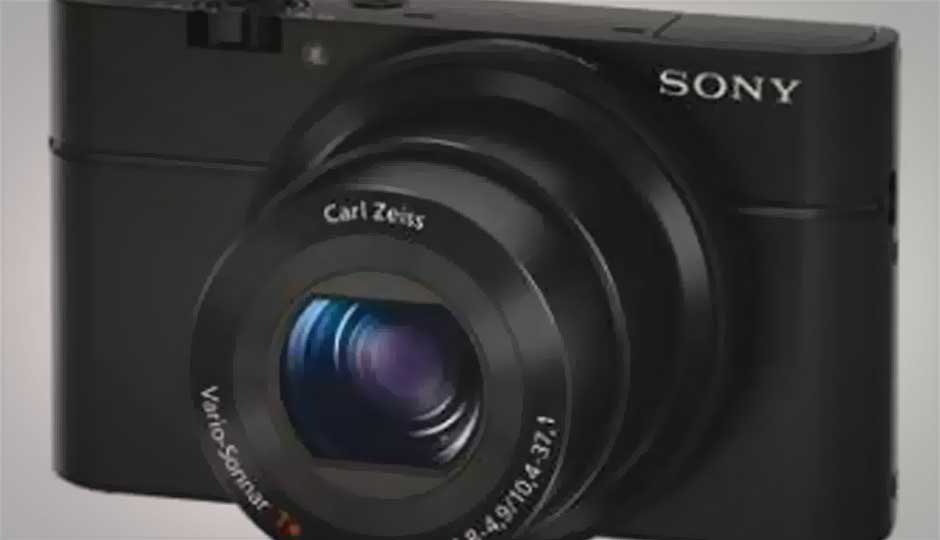 Advances in the point and shoot cameras category has evolved it from being ‘a camera that offers a little more’ to a camera that any professional photographer can carry around as a backup.

The RX100 packs in a large 1-inch sensor along with a lens that can open all the way to f/1.8. The size of each individual pixel on the RX100’s sensor is 3.6 times the size of pixels in a regular point and shoot. We’ve used the RX100 and there is no denying of its superiority when it comes to this category. The camera is extremely quick with no shutter lag. All in all, if you’re looking for a camera that can do it all, the RX100 would be it and that’s why it wins our Zero1 Award.

The Fujifilm X10 is designed like a rangefinder. The f/2.0-2.8, this camera is all ready to tackle any low light situation. The images out of the X10 are simply stellar, thanks to the tack sharp Fujinon lens (even at F/2.0) matched perfectly by the sensor. The X10 is a great camera for anyone who’s looking to make great images, but the only gripe we have with it is the smaller sensor, which didn’t really hold the camera back in any way that most people can notice.

Cameras in the ultra-zoom category look and feel a lot like DSLRs and provide a feature set that could match most entry level DSLRs. These cameras offer an optical zoom range anywhere starting at 24mm and going all the way to 1200mm. However, larger reach isn’t synonymous with quality. Issues such as focus, sharpness and noise rear their ugly head at maximum zoom. That’s what we’re looking here into.

The P510 has a 16 megapixel back-side illuminated sensor along with a lens that covers the 24-1000mm (35mm equivalent) focal length with a variable aperture of f/3.0-5.9. We found that not only did it take exceptionally good images which were sharp and crisp, it also managed to acquire focus faster. If you’re looking for a camera to take you far and wide, help you with shooting far-off objects such as wildlife, flower and birds, then this is the camera for you.

The Canon PowerShot SX500 IS packs in a smaller zoom range than the P510, but incorporates a 16 megapixel CCD sensor instead of the BSI kind we’re seeing lately. Image quality is quite good. We noticed that the camera tends to hunt a lot when zoomed past half its focal length, especially in low light. However for wide shots, the AF was pretty quick and accurate. The great thing is that it runs on AA batteries, so spares will be easily available anywhere.

The very best in form, function and performance, DSLR cameras have enjoyed the status of being the go-to equipment for any professional requirement and they have evolved an entire ecosystem of their own. The first successful DSLR was created by Steven Sasson of Kodak, building upon the works of Willard Boyle and George Smith (who found a way to capture images using a CCD sensor) and used a sensor that had an output of 100x100 pixels. That was in 1975.

Cut to modern day and we have cameras that produce images spanning 36 megapixels. In less than forty years, imaging technology has come so far, that the resolutions have skyrocketed and image quality has become so great that the only way to gauge it is at the pixel level. AF systems have become so intelligent that we often fear subjecting it to an IQ test. Lenses have become so sharp and optics been so fine-tuned that they can replicate the real world light almost identically onto an image sensor, even in little to negligible light.

However, not all DSLRs were created equal. We’ve played with every single DSLR that’s hit the market in the last year and we’re here to award the king with its rightful crown.

The Nikon D3200 packs a 24 megapixel APS-C sensor into an entry level DSLR. These sort of numbers were only seen in the full frame cameras that cost upwards of what most people earn in six months. With the large pixel count, we got everything we had hoped for; amazing clarity, great colours and contrast, a very impressive dynamic range and impressively enough, even low levels of noise. The camera is a snug fit in most hands (though not so much in ours), has a very well balanced flash exposure and focuses pretty fast with the right kind of lenses.

The Canon 650D comes with the first hybrid AF sensor in DSLRs along with the first fully functional touch screen. However, talking about pure performance, the images out of the 650D were a little flat, which can easily be fixed in editing. However, the AF did perform exceptionally well, even better than the D3200 given that it has dedicated pixels for Phase Detect focus. However, to fully utilize this technology, you either need STM or USM lenses. Kit lenses focus just as slowly as any other.

There is no denying that the 7D rules this kingdom. Even after being in the market for 3 years, the camera shows no signs of needing a refresh. Its impeccable image quality, mind-blowing 8 FPS burst mode and a 19-all-cross-type AF system make this camera a mean contender. Did we mention it does stellar video, so much so that Joss Whedon deemed it worthy enough to film some bits of the final fight scene in his movie The Avengers. Can’t compete with that!

The Sony A-77 packs an impressive 24 megapixel sensor and a semi-translucent mirror that allows it to achieve a burst speed of 12 FPS with full AF. The images were great, but the per-pixel quality just didn’t match that of the 7D. Not to mention, we found that when using the EVF in the viewfinder, there was a little lag between when you pressed the shutter and when the photo was clicked. We’d hoped that Sony would fix this through a firmware update, but it hasn’t happened so far. Regardless, the camera functions very well, puts out great images and amazing video. The stereo mics also add to the video value of the camera.

Building on the extremely successful DNA of the 5D MarkII, the MarkIII brings to the table little growth in number of pixels, but does feature a completely redesigned sensor that puts out images with the best quality we have seen so far (barring medium format of course). However, the real clincher for this camera is the insane AF system that Canon has packed into it. With 61 points of AF real estate (41 of which are cross type), there’s hardly anything this beast can’t lock on or track. The 5D MarkIII maybe be expensive, but the kind of performance it delivers makes every penny spent worth it.

THIRTY SIX MEGAPIXELS. Yes that’s an insanely large number, almost 50 per cent more pixels than its rival and boy does that show. The D800 is an excellent camera if you’re in the studio, shooting stills. The images carry details as fine as a strand of hair, something that’s very hard to beat.
However, we found that in outdoor situations, the camera is not such a great performer. 36 megapixels means a lot of detail, including any error you might have made during shooting, which is generally prevalent while shooting hand-held. The noise performance also didn’t match that of the 5D MarkIII, but regardless, it made for one great camera to use. Being much cheaper than its competitor, the D800 would be a great addition if you’re looking to shoot inside a studio, regardless of the theme.

This category of camera includes just two contenders (since no one else has the technical expertise needed to make them). The cameras in this category are made to go to war, both literally and figuratively. They can handle harsh conditions, shoot anything under the sun (or moon, or sky, whatever) and still give performance that beats any and every single DSLR in the market.

It’s really hard to pick a top performer here, but we’d have to go with the 1Dx for its full frame 18 megapixel sensor, the 61-point AF system (with 41 cross type). We shot concerts, racing sport-bikes, little hyperactive children and even late night landscape with this camera. There was absolutely nothing it didn’t handle with the grace of a ballet dancer. If you can afford it and want the best camera in the market, there isn’t anywhere you need to look.

We’re not mentioning this camera because it’s the only other contender. We’re mentioning it because it does definitely give the 1Dx a run for its money. Almost similar pixel count, very similar frame rates, but it loses out in the number of cross type AF points, which become very essential when it comes to tracking moving subject.

However, the Nikon D4 is somewhat cheaper than the 1Dx, so we think it’s a fair enough trade off. The Nikon D4 is built on the rock solid DNA of the D3 (and D3s). While it doesn’t offer many ground breaking upgrades from the D3s, the changes that have been made on the D4 make this camera stand out on its own and appeal to shutterbugs.

The sub-selector joysticks are new, as is the ergonomic redesign of the battery grip, making the Nikon D4 a lot more comfortable to use in portrait orientation. There are a lot of minor tweaks and changes in the D4, along with the introduction of a few focusing system, which allows the D4 to deliver performance that was previously never seen – a handy addition, further boosting the camera’s overall appeal.

The D4 is capable of shooting full HD video at 30, 25 and 24 fps. Pretty standard specs, but it can also stream uncompressed footage through the built-in mini-HDMI port to an external recorder.