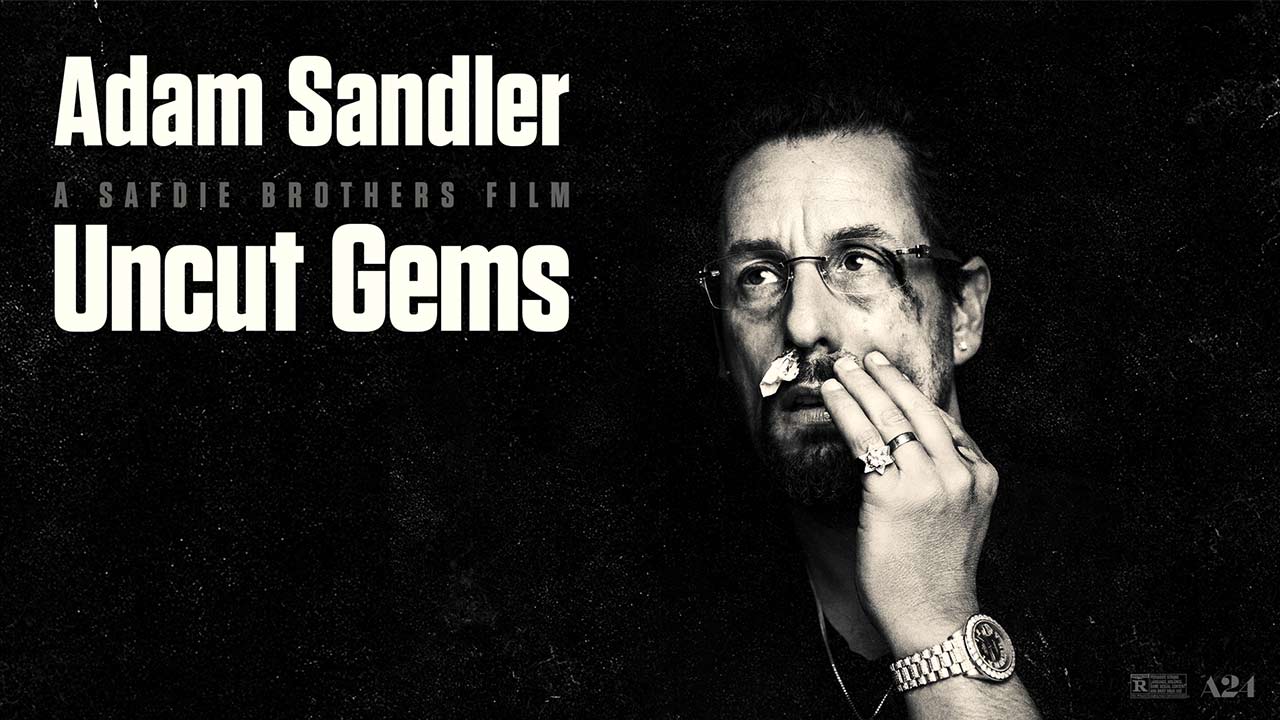 Adam Sandler has not had the best reputation over his last few films. Some of those include his comedy movies such as the Grown Ups movies and PIXELS which had bad writing and direction as well as bad performances from the man. His latest movie, Uncut Gems comes from directors Benny Safdie and Josh Safdie. The Safdie Brothers have been around for a while. These indie directors started out by making SXSW short-films such as John’s Gone back in 2010 to partnering with A24 films to make the Robert Pattinson starring crime-thriller, Good Time in 2017.

In this A24 produced Netflix movie, Adam Sandler assumes the role of Howard Ratner, a greedy jewellery man in debt trying to stay alive, with debt collectors closing in on him. He fits the role convincingly. Throughout the film, nowhere does it feel like you are watching the same guy who got peed-on by a buck in Grown Ups 2. As a viewer, you believe his character completely and it just feels natural. Howard’s traits such as greed, irresponsibility, his gambling nature and his twitchy body language are all expressed remarkably by Adam Sandler. This just proves that working under the right directors does indeed bring out the best within the actors. Same could be said for the other main cast members such as Lakeith Stanfield and breakout star Julia Fox. Even performances from minor characters such as the receptionists and bodyguards within the movie felt legitimate. You can watch the trailer for the movie here. 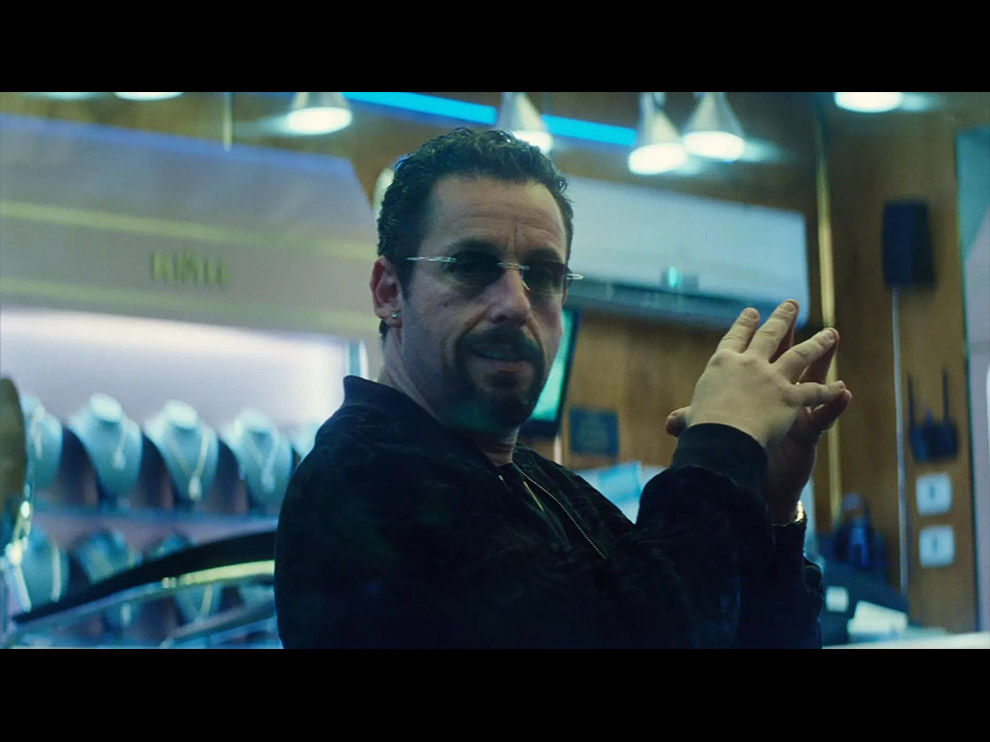 Like the previous Safdie brothers movies, the pacing of this movie is brisk as well. From the moment you see the opening shot of Howard Ratner getting his colonoscopy, it is go-go-go! The directors manage to keep the viewer engaged throughout the film with an unpredictable and intense storyline. Character building aspects as Howard’s obsession with money is expressed exceptionally well through his relationship with his family. Just by looking at his wife’s facial expressions in a particular scene, it was very evident that things were not going alright at home. The movie also allowed characters to talk over each other in arguments to the point where the dialogue was not legible. This contributes to a much more realistic and relatable feeling. The film is also filled with themes of brutal violence, sex, strong language and drug use keeping the setting as raw as possible.

The cinematography in this movie is a step away from the general norms of filmmaking. Like other Safdie brothers movies, this film has a lack of wide shots. This style of filmmaking is unique and totally intentional. It is not due to a lack of filmmaking knowledge in any sense. The close-up hand-held shots in this movie contribute to a sense of claustrophobia since usually the main characters in their movies are closed off from other people and elements in their respective universes. This style of filmmaking also creates a feeling of tension and allows the audience to connect with the character since even the tiniest change in the characters’ expression is blatantly visible. The editing in this film is done really well by maintaining the flow and has kept cuts to the bare minimum. The film also has a bunch of intense scenes shot in long takes with normal background noise which keeps the scene naturally free-flowing and takes the audience along for the ride. 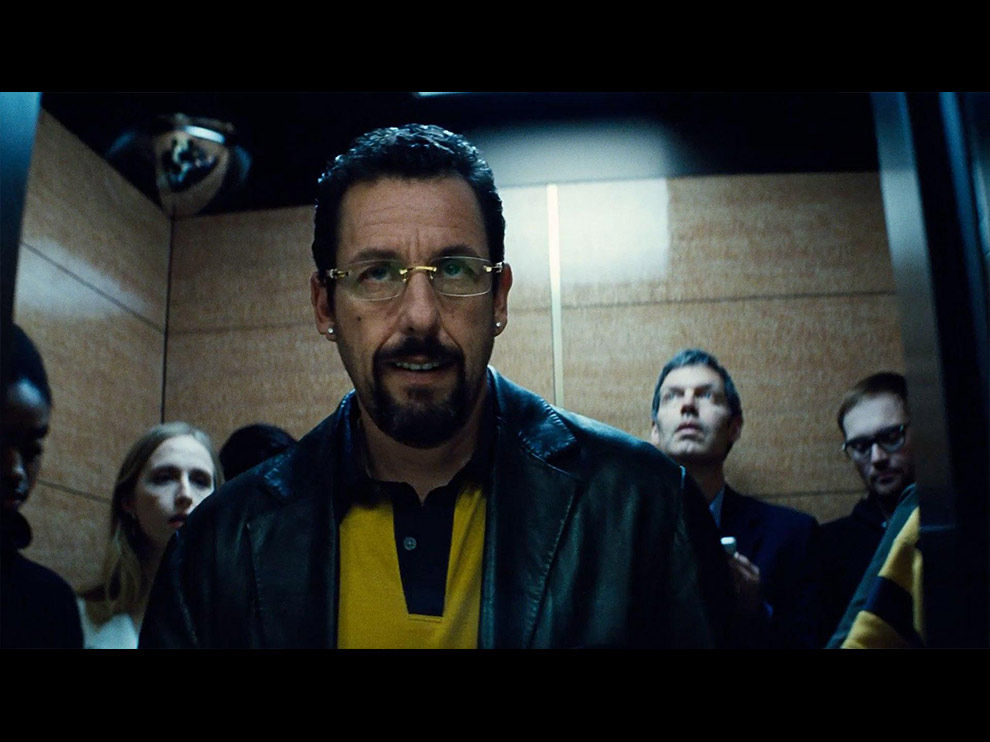 The film also makes use of unconventional colours such as neon red and neon blue lights for scenes shot at night and a subtle turquoise blue hue for scenes shot during the day. Despite being unusual, the directors manage to pull it off really well and give the movie a unique cyberpunk aesthetic. 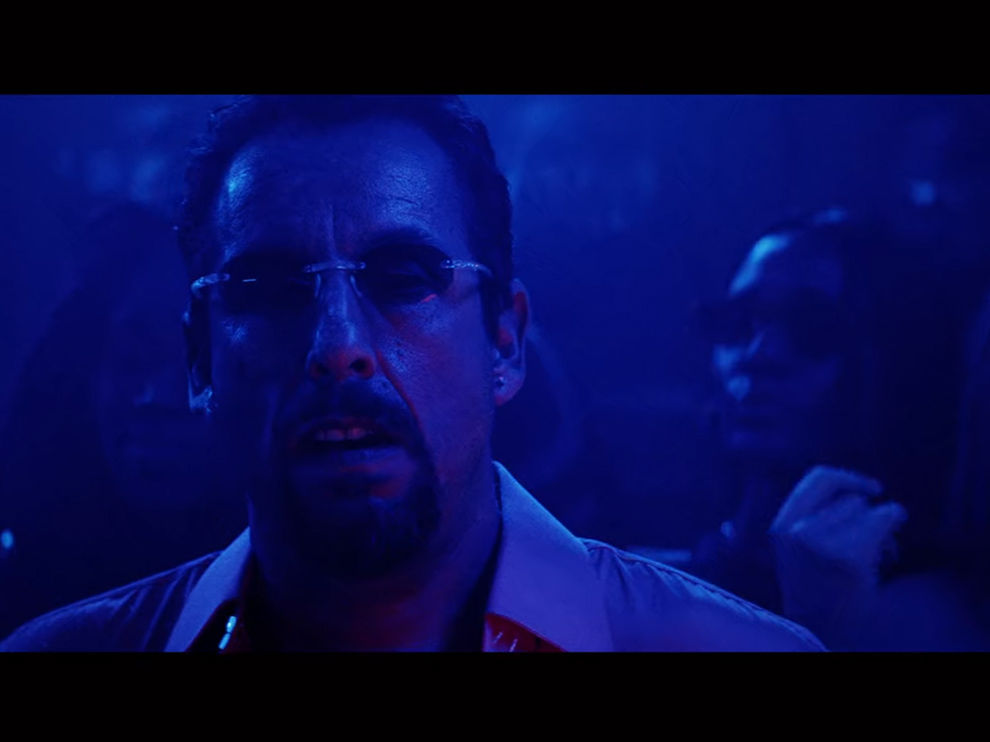 The music in this film is orchestrated really well. Just like their previous movies such as Heaven Knows What and Good Time, the soundtrack here follows a similar tone and feel. It keeps switching back and forth between slow synth and steampunk music giving it a retro feel. Other than just maintaining the pace of the story, the music also adds to the rising tension and is goosebump-inducing.

Overall, the movie was an intense heart-thumping ride. It has got a realistic story, top-notch suspense build, plot twists, amazing performances from the actors and unique cinematography and music choice courtesy of the Safdie brothers. We would proudly say that this movie is a rare gemstone in itself and that no amount of praise is enough for these directors.