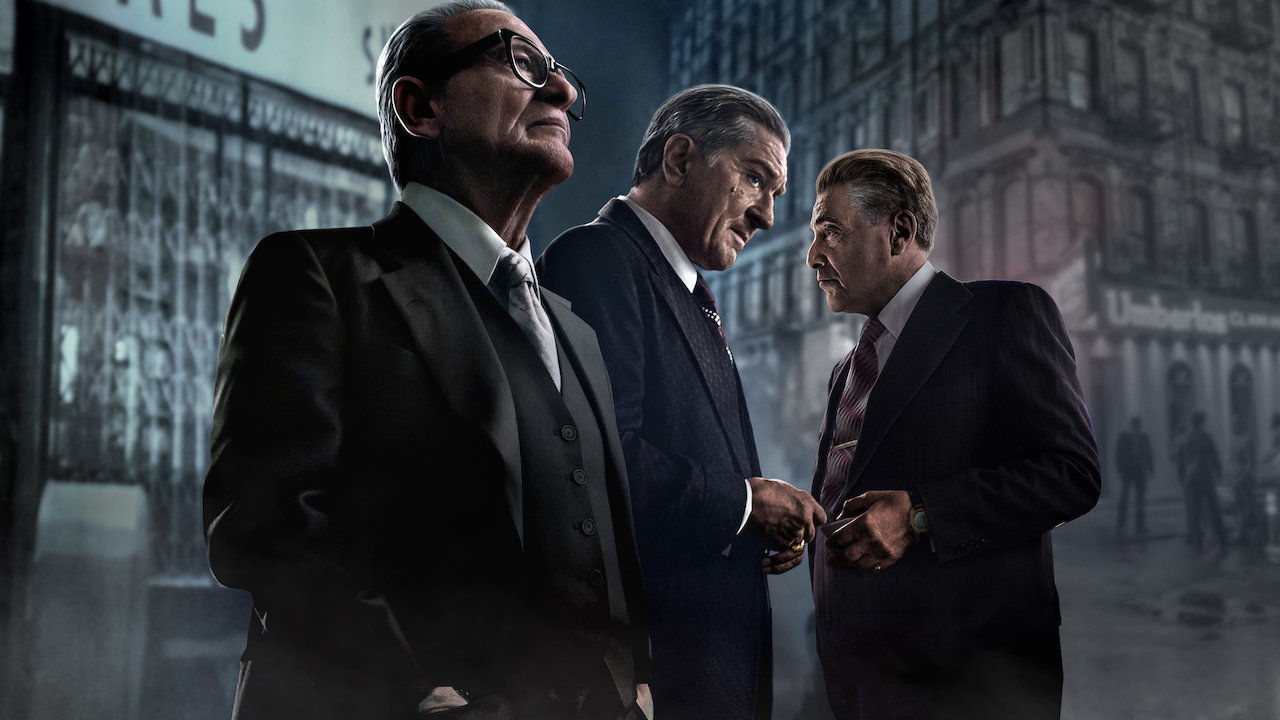 Directed by Martin Scorsese, The Irishman, follows the story of a World War II veteran Frank Sheeran (Robert De Niro) recounting his life story, working as a hitman for the mobster Russell Bufalino (Joe Pesci) and his time working for a Teamster, Jimmy Hoffa (Al Pacino). The movie is an adapted screenplay based on the non-fiction book I Heard You Paint Houses by Charles Brandt, which is a euphemism for murder.

In the Directors Roundtable from The Hollywood Reporter, Scorsese mentioned that Robert De Niro actually went up to him with the book and while describing the character became extremely passionate and emotional about the story. This made Scorsese fixate on the project.

The cast had already been decided. The downside, however, was the fact that there was no financing for it. Scorsese, De Niro, Pacino and Pesci all went their separate ways doing their films. Years later, when the time came around, the cast was way too old to play the roles. This was a major setback since the film was supposed to go back and forth in time continuously from the year 1949 to 2000 showing the different eras in the protagonists' life and career. Pablo Helman of Industrial Light & Magic (a VFX and Animation studio) reached out to Scorsese with the idea of using de-ageing in order to fix the issue. Scorsese was hesitant about the idea since that would mean the use of tracking marks all over the actors’ faces which could affect their performance by hindering their facial expressions. He wanted something that would at the very least reduce if not include the use of such technical aspects.

In a Netflix interview, Pablo Helman, the Visual Effects Supervisor of The Irishman, spoke about the process of the de-ageing technique that they used. It was important that the process did not interfere with the acting or direction of the film. Test shoots were conducted in order to confirm this factor. Robert De Niro reenacted a scene from Goodfellas (1990) onto which the effects were then applied. Satisfied with the result, Scorsese decided to take the risk. This, however, meant more financing since VFX does come with a price tag. The crew was in a slump for the second time.

This is where Netflix stepped in. They were ready to financially back his project and take the risk of using the de-ageing technique. Since this was a passion project for Scorsese, he was delighted since it also gave him creative freedom. The trade-off was the fact that it was to be released on a streaming platform and not in theatres. This reminded him of some of his previous movies which were taken off of theatres in less than two weeks which included his satirical black comedy film, The King of Comedy (1982) which was considered as the flop of the year. In the end, after some negotiations, The Irishman got a limited theatrical run opening to only eight cinemas in New York and Los Angeles with other countries such as Australia following suit by releasing it only on some independent chains. as reported by The Guardian after which it was released on Netflix on November 1, 2019, with a reported budget of $159 million.

Robert Prieto, the cinematographer, revealed in a GoldDerby interview that towards the end of filming Silence (2016), he heard about the project. But since there was no script ready, he read the book which was the source material for the movie and started visualizing the look and feel of the film. With this movie, Scorsese and Prieto wanted to go for a vintage look. The filming process involved a 90-day preparation and a 108-day shoot. Scorsese and his crew also went through hours of footage and documentaries with regards to the characters to emulate the look and to add an element of genuineness to the script. Since the movie goes through different eras of the characters, they decided to make the movie look like memories.

Scorsese wanted it to look like an old home movie but without the grainy, handheld unprofessional feel. Prieto suggested emulating the colour or tint of old photographs that people used to take back in the day. Different eras would use different colour codes. Such as the 1950s would have the Kodachrome look while the 1960s would have the Ektachrome look. With the passage of time, the colour would start to desaturate and look more grey-ish. The first half of the 1970s would have ENR light and full ENR for the late 1970s to modern-day. ENR is a process that adds contrast and reduces colour saturation. In the GoldDerby interview, Prieto revealed that colour was reduced gradually since later in Frank’s life there is disillusionment and feelings of regret.

With a movie that stars some of the most prolific actors of all time with time shifting back and forth, it was necessary to make the actors look younger. Scenes requiring no visual effects were shot on an ARRICAM LT and ARRICAM ST. The ARRICAM LT (Lite) is optimized for lightweight usage with a stabilizer. The ARRICAM ST (Studio) is a full-capability camera.

Prieto did not want a modern look for this film. The lenses used were spherical lenses - the Cooke Panchro Classic 75mm and the Zeiss High Speeds with an aspect ratio of 1.85:1 since the main character approached his task in a “methodical” way.

In order to shoot the scenes involving VFX, a giant contraption of three cameras was used. This contraption was called the Three-Headed Monster. It consisted of the RED Helium in the centre which was the primary camera and two ARRI Alexa Minis as witness cameras on the sides. Since Scorsese did not want any tracking markers on the actors’ faces, the witness cameras were set to capture infrared. These cameras would capture the depth of texture and the infrared markers that were painted onto the actors’ faces which would then be used to de-age them in post-production. The cameras had to be configured and synchronised to start and stop recording at the same time. This would allow the actors to play their characters without the use of any prosthetics, blue tights, tiny golf balls on their faces or subbing in younger actors. Scorsese wanted three camera angles for most scenes. This meant using nine cameras in total for some scenes which could be really intimidating for the actors. Part of Prieto’s job was to make sure that the lead actors were comfortable throughout the shoot.

In a Netflix interview, Pablo Helman and the ILM revealed that they spent about 2 years researching the actors’ old movies. ILM downloaded a bunch of their movies and took screen grabs to study the look of each of the actors. Scenes requiring visual effects in The Irishman were a total of 1700 shots and it was necessary to preserve every detail of each of the actors.

One of the primary processes that were involved as described by Douglas Moore of the Facial Capture Team in the Netflix interview was the Medusa Facial Capture System. This involved the actors sitting in a chair and going through a series of expressions using which a set of models would be generated which would assist in the blending factor.

The software involved as described by Sonia Contreras of the Facial Capture Team in the same interview was FLUX; where F stands for facial and LUX is the lighting component. Footage that was shot on set would then be used to analyse the performance and then used to create a 3D model. FLUX allows one to see as to how the light hits an object and capture the textures, shadows or any subtle changes that take place. They also studied many intricate details of the face including wrinkles and pores in order to give the most realistic younger versions of the actors while comparing it to their looks from the older films.

With the help of old footage and documentaries of the characters, the book as the source material, the visual effects and the brilliant performances from the lead actors, Martin Scorsese was able to take the audience on a beautiful journey through time and tide via The Irishman. Despite the lack of financing and the complications that came through, Scorsese chose not to give up on his passion project and overcame every obstacle in his path to create what some speculate to be his final “Mob-Movie”. With the advancement in the de-ageing technology as seen with this film, we might soon see actors not wearing any markers or prosthetics in order to play their younger selves thereby maintaining the genuineness of their performance.