18 indie games that you have to try out 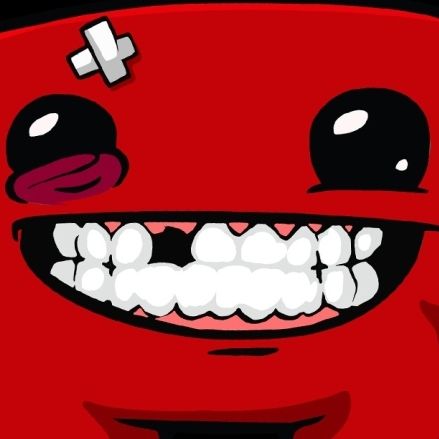 This list was really hard to make because there are so many great indie games out there today we had a hard time bringing the number down to 18. We’re sure we might miss out on a few, but that’s only because there’s so many of them. Here’s 18 that make us love indie developers even more. 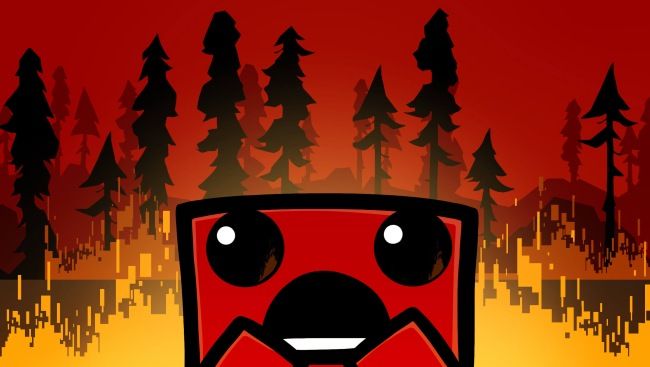 Ahh, Super Meat Boy, this game is something of a poster child for indie games. Which is weird really, it's a chunk of meat jumping around on his way to save his girlfriend, Bandage girl. Weirdness is something of theme with indie games, you’ll see. But they pull it off oh so well. This game has some of the tightest controls we've ever seen in a platformer, or any game in general for that matter, and you will need to finesse your way to victory. 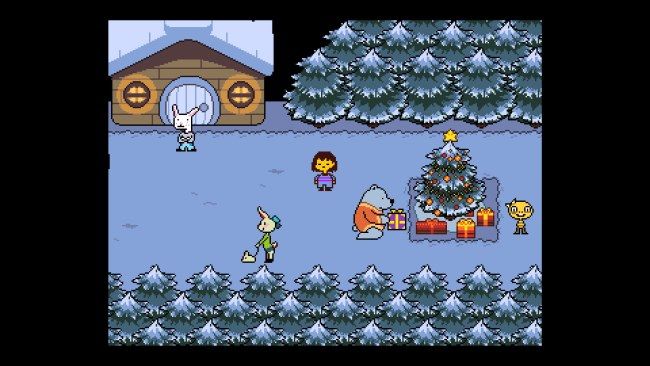 Undertale is easily one of the most recognisable and popular titles on this list. The charm of Undertale lies in the fact that everything you do has consequences. You can actually finish this game without violence, or murder everyone in your path, it's all up to you, the player. You might feel turned off by the graphics, but don't let that stop you from playing an amazing game. 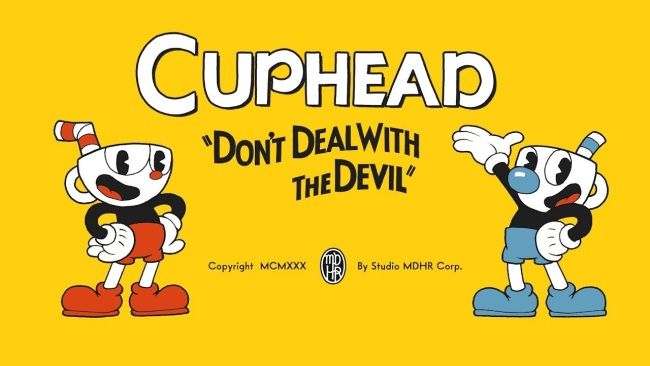 The indie run and gun game Cuphead pays homage to the animation of old and looks like it’s straight out of a Disney Studio. Don’t let that fool you though, because underneath all that is a very solid and very difficult game that will push you for all you’ve got. 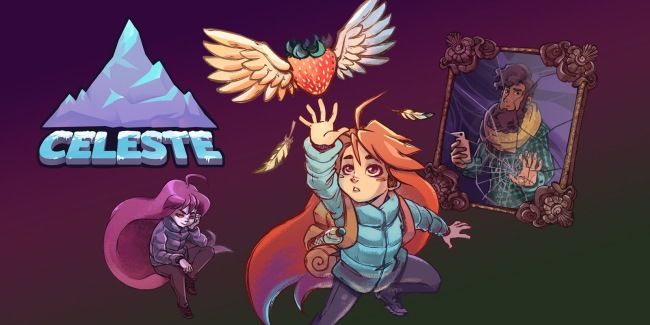 Celeste takes the platformer genre, and dare we say, perfects it. It's that good. The controls are responsive and tight, and add to that the fact that's it got a great story as well. Easily one of the best indie games on this list, period.

The binding of Isaac 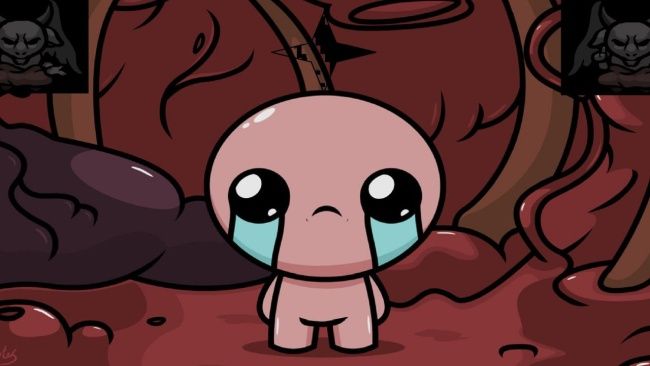 The binding of Isaac and it's follow ups could very well be the games that inspired the plethora of indie roguelikes to come after it.
This is a weird game; it involves a boy shooting tears at enemies to defeat them. However, the execution is flawless, and the story pulls you in. The story even has depth to it, and deals with the issue of domestic abuse. This is a great game to pick up if you enjoy roguelikes and a challenge. 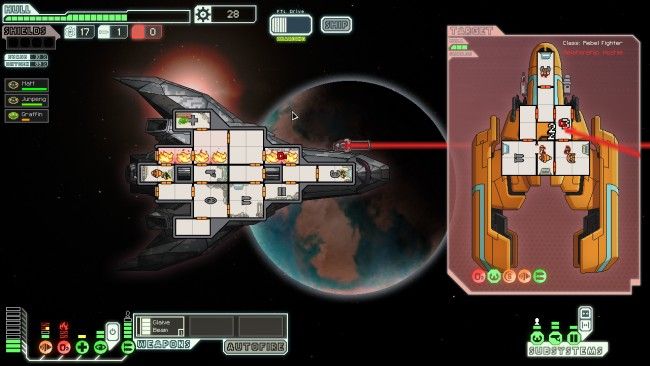 FTL: Faster Than Light is a “spaceship simulation rogue-like” which will keep you on your toes for the entirety of your play duration. Subset Games knocked it out of the park with FTL, that somehow manages to capture the urgency of the situation. Your spaceship is going down, get things together! 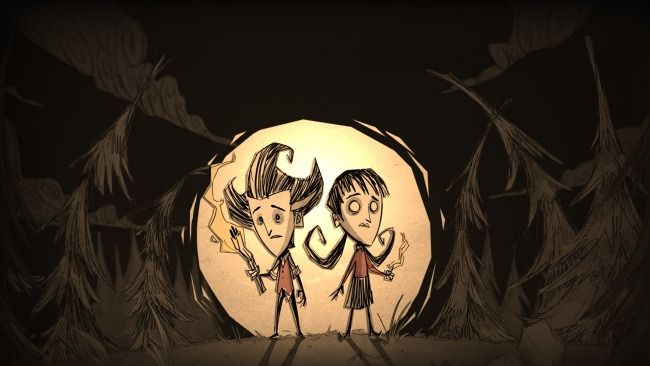 Riding on the popularity of sandbox survival games, Klei Entertainment's Don't Starve managed to truly induce a sense of panic and horror into players with its Tim Burton-esque visuals. Especially fun with friends, if that's something you enjoy, you'll want Don't Starve Together. 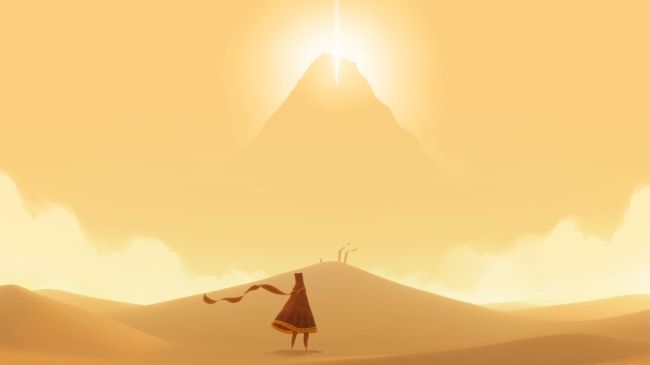 Thatgamecompany’s Journey is a game that’s all about, you guessed it, the Journey. Set in a beautiful world, exploring which is an experience in itself, the real fun comes when you have to cooperate with another player, with no means to communicate, but you both still somehow manage to reach each other and navigate Journey’s beautiful world. 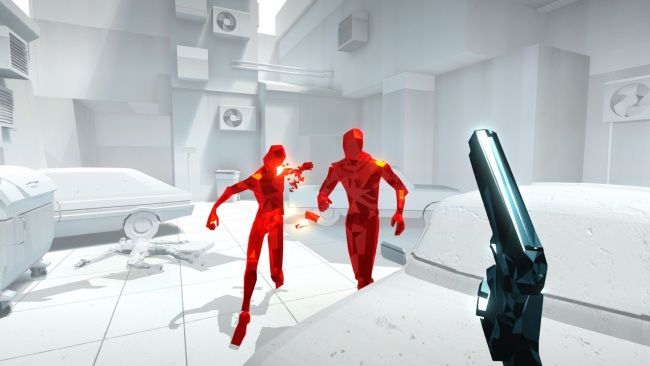 SUPERHOT took a crazy idea and pulled it off to, well, perfection. The idea of time stopping when you stop and moving when you move sounds absurd, but the result is a game that nobody will be forgetting about anytime soon. There's even a VR version of the game. 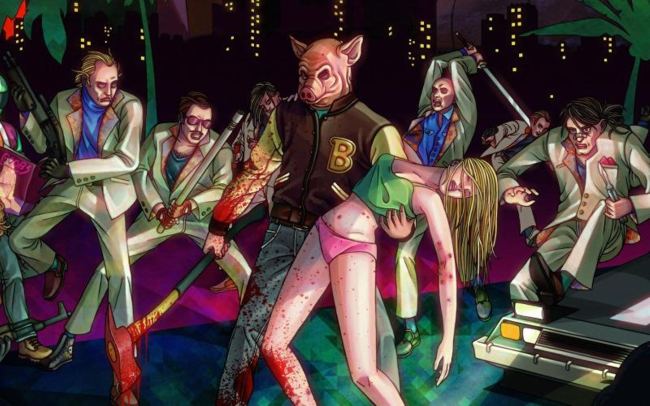 Dennaton Games' Hotline Miami has become a cult classic among gamers, for it's brutal action paired with synthwave music. The retro graphics, the tight gameplay, and the arcade music leave you wanting more, no matter how many times you literally bite the bullet, in-game of course. 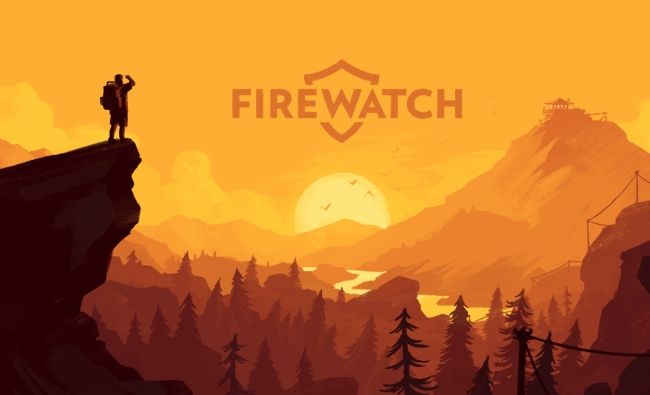 Campo Santo's Firewatch gives you a beautiful story while also putting you in the great outdoors. Not to fight the wildlife, but to simply enjoy the peaceful surroundings you're in. Take it all in and enjoy the game and story at your own pace, something we don't have a lot of these days. 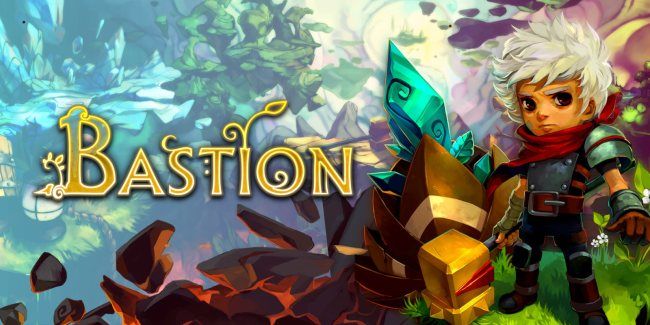 With an amazing story, clean gameplay, and a kickass OST to boot, Bastion according to us, is Supergiant Games' best. And that's saying something considering just about every game they have out is a piece of art. This is a game that you have to experience, us telling you it's good simply isn't enough. Watch out for the narration in the game, it's some of the best voice acting we've ever seen in a game, period. 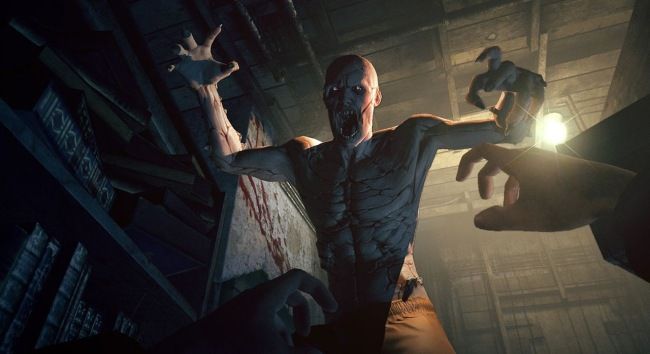 For an indie game, Outlast sure does a better job of scaring people than most other AAA horror games in existence. It's that good, and by good, we mean that horrifying. Red Barrels knocked it out of the park with this one. If you liked this one, then the follow up is pretty good too. 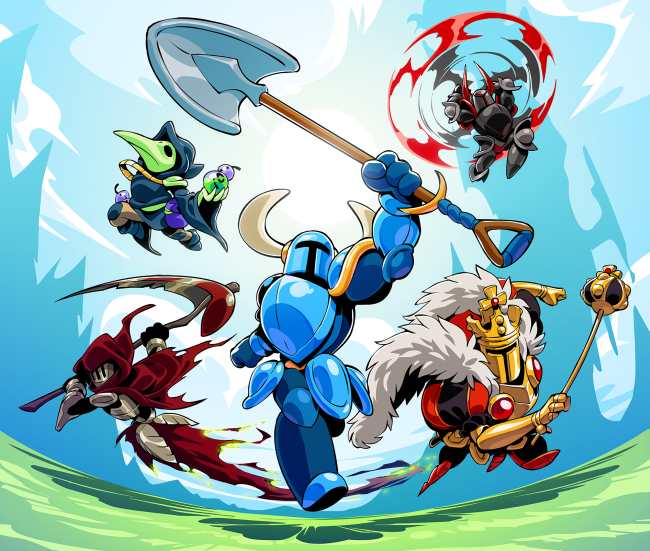 Shovel Knight is an homage to classic sidescrollers, which managed to both inspire nostalgia, but still somehow, feel like a game we'd want to pick up and play today. A kickstarter success story, Shovel Knight is the game that showed the world that crowdfunding could get you a great game. 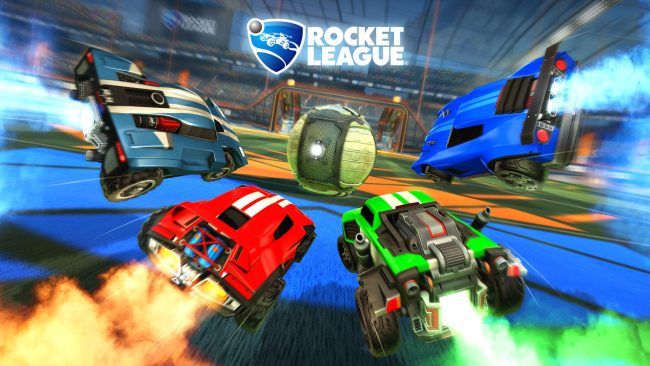 Psyonix's Rocket League took the world by storm when it dropped. Nobody would've thought that the idea of hitting a huge ball with cars into a goal would be a good idea. But as it turns out, it's a great idea. 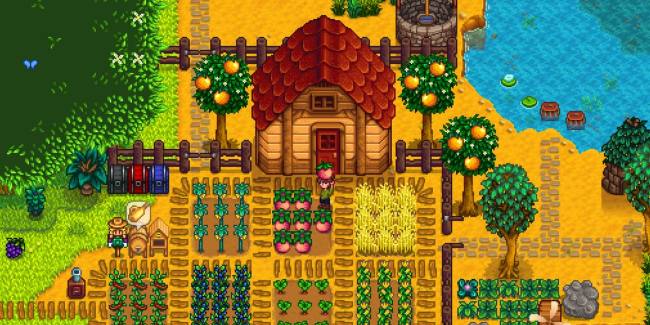 Stardew Valley is a love letter to the harvest moon games and the work of just one man. You can see the effort and love that's been put into this game. It's a simple game and calming game, all about managing a farm and living  your life in the country. But it's oh so addictive. This is one of those titles you simply have to play at least once in your life. 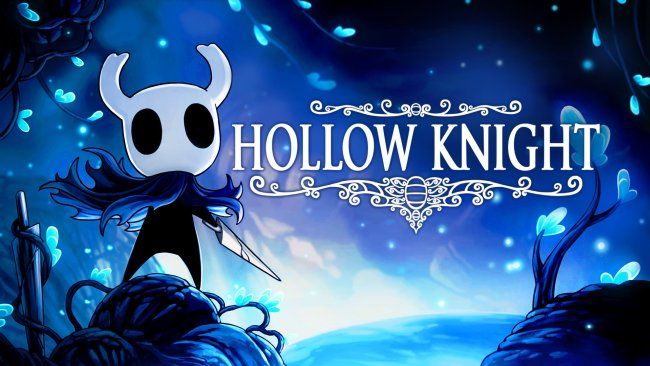 Another Metroidvania indie title, Hollow Knight is a gorgeous looking game, with a new mechanic to spice things up a bit. Hollow Knight is also very challenging, as is typical of indie metroidvanias. But it still somehow managed to give you a different experience. 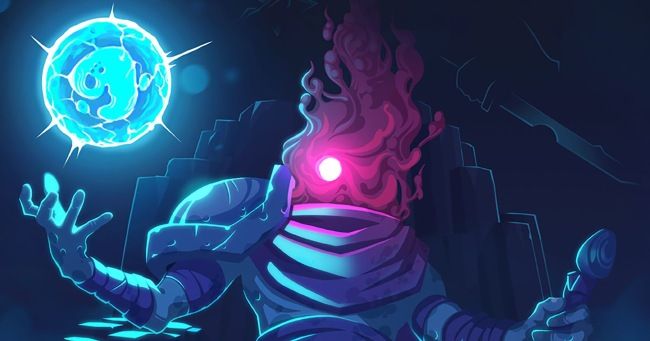 2018's Dead Cells is a brilliant game. Another metroidvania, yes, but with rogue-lite elements, which also manages to give players a unique experience in a world dominated by metroidvania indie titles. You will die, a lot. But you will love it, and you will keep coming back.

There are so many more titles that we’d wanted on this list it was really hard to boil it down to 18, we’re sure we’ve missed a few titles you really liked or enjoyed, let us know which ones! 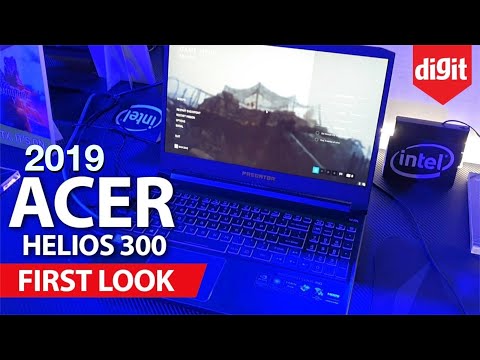