The Rolls-Royce Cullinan is an exuberant, exquisite piece of luxurious craftsmanship 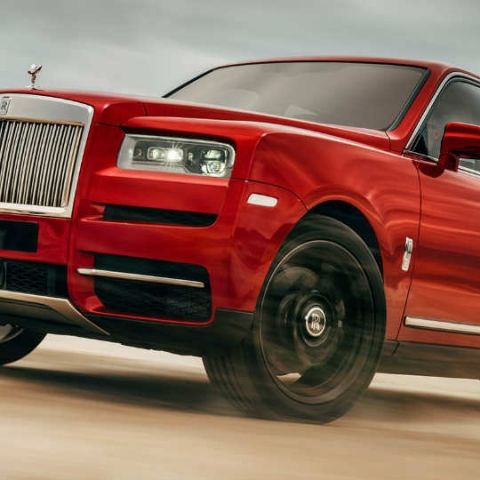 There's nothing quite like it, and even though Rolls-Royce has made what happens to be a Sports Utility Vehicle, the Cullinan defies every sort of pre-conceived notion that you may have had about SUVs.

When you talk about Rolls-Royce, you don't use terms like utility, practicality and legroom. Heck, you would rather call it an astute authority of locomotive luxury, than call it a car. So how would you react when the famed marque from Goodwood goes into its R&D chambers, and comes back with a Sports Utility Vehicle? That is exactly what happened, and it is everything that you would expect from anything that Rolls-Royce makes. Ladies and gentlemen, the Rolls-Royce Cullinan. 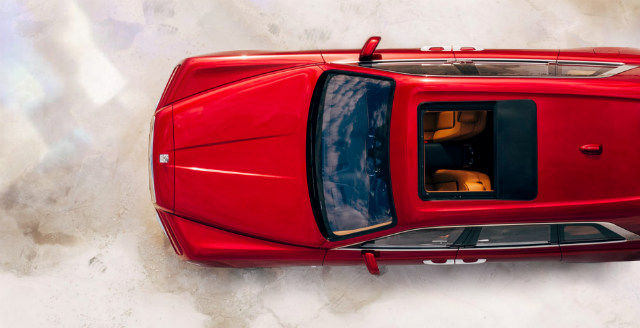 As with every Rolls-Royce ever, the Cullinan is as extravagant and opulent as they've always been. The first-ever SUV by Rolls-Royce marks many firsts for the brand, alongside acknowledging an obsessive trend sweeping across vehicles from every category in the world. SUVs have been a rage, be it in the most affordable categories in developing markets, to cars like the Range Rover Autobiography, Bentley Bentayga and Lamborghini Urus in the extravagant full-size luxury segments. There have even been rumours about Ferrari thinking about making an SUV. Nothing, however, is quite like the Rolls-Royce Cullinan, named after the largest-ever gem-quality rough diamond to have been found till date. 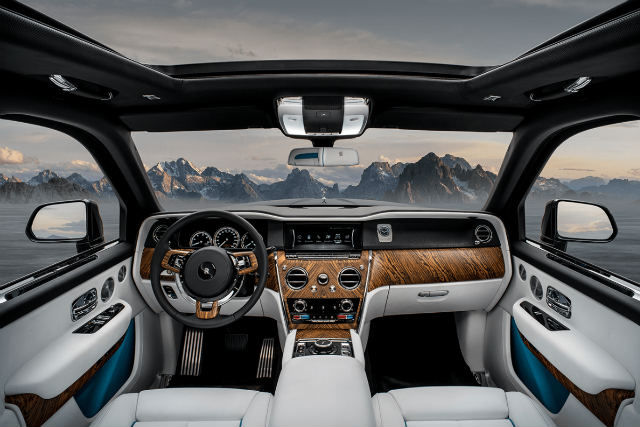 The Cullinan is built to justify the brand's impenetrable reputation in every way, and Rolls-Royce did not rush with making its first SUV in any way. Take one look at the Cullinan, and you'll see all the hours of development that have gone behind making this - there's nothing quite as long or as taut as the Cullinan. It's even longer than the Range Rover Autobiography, which is ridiculously long in the first place. The company states that it is the world's first three-box SUV, done to ensure the luggage area does not bother your princely cabin. The luggage floor is set lower than the cabin to prevent any luggage spillage, and furthermore, there is a glass wall separating the cargo area from the precious room on wheels.

The iconic, slab-like chrome grille is right where it usually is, although it is slightly smaller in proportions in comparison to the Phantom. The Cullinan fills the gap that was present between the Ghost and the Phantom, which still is the head of the family. The Spirit of Ecstasy is exactly where it has been since forever, and just like on every Rolls-Royce, you can customise it to be made of a range of material - from precious metals to illuminated crystal. The narrow-ish headlamps get an eyebrow-like set of LED pearls that act as daytime running lights, and while the Cullinan is quite similar to the Phantom from the front, it is chunkier and taller in proportions, and looks beefier and more upright than before. 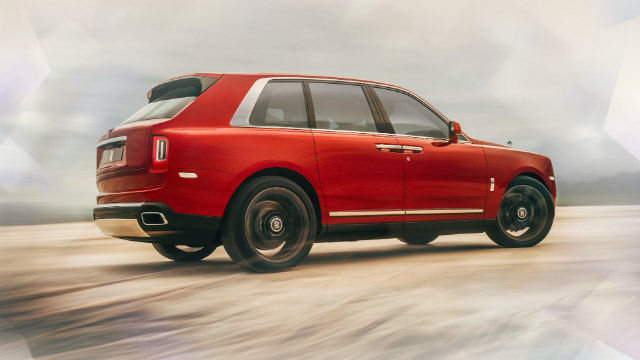 The straight line along the sides resemble the Rolls-Royce Phantom too, although everything is beefier and taller than before. The biggest change comes to the rear, with the massive block of metal that the D-pillar is. The overall rear end is sharper, but in no way appears more abrupt. Instead, it looks like a nice change despite all the similarities with the Phantom. It also gets a spoiler to help the Cullinan glide silently through the wind. A spoiler on a Rolls-Royce? Did you ever think that could happen? Well, it has, and strangely, does not seem unnatural. Instead, it's integrated into the one, fluid chassis, and there is simply no getting over how beautiful the overall design is. This is about as rugged as a Rolls-Royce could ever get, and it is still elegant as always. 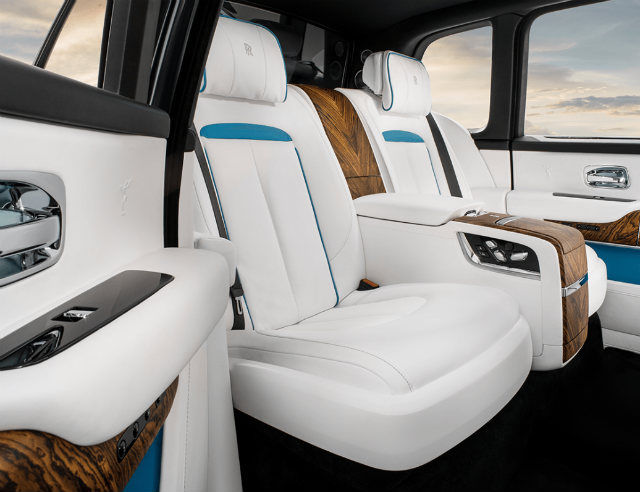 You get the signature Rolls-Royce suicide doors, which open up to reveal a lavish interior that, yet again, resembles the Phantom. The signature Rolls-Royce analogue clock is present on the dashboard, but the personal collector's gallery that was included in the Phantom VIII does not feature here. As Rolls-Royce puts it, "Cullinan is the culmination of years of design refinement, the manifestation of an audacious vision to make luxury off-road travel a reality for the first time." It is this that defines the interiors, and is embodied by a tiny, 'Off-Road' button beside the Spirit of Ecstasy controller that switches the car into the spirit of an SUV. 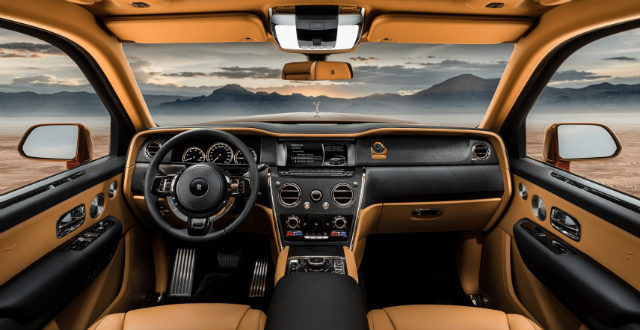 It is underpinned by what Rolls-Royce calls the Architecture of Luxury - an aluminium spaceframe that combines with Rolls-Royce's advanced chassis technology and an intelligent four-corner multi-link air suspension to give the famous Magic Carpet ride quality. Rolls-Royce states that it can maintain the same, indomitable in-cabin stability and ride quality even when you go off-road, and tapping on the 'Off-Road' button activates the computer into gauging the terrain by itself and making adjustments to the suspension by itself, to not make you feel even for a second that you're on turbulent soil. The promotional videos have shown the Cullinan treading snow, sand and even mud without breaking a sweat, and we have not reason to doubt its lofty credentials. 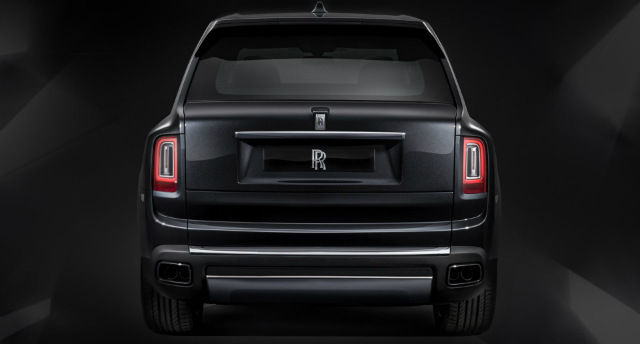 The central computer also takes care of traction control, which will come of particular use if anyone decides to take the Cullinan out into the waters and test its claim of 540mm wading depth. It's as likely as people obeying traffic rules here in Mumbai, but just in case you decide to do so, be rest assured - alongside making thousands of adjustments to the suspension and collating GPS information from satellites to gauge road conditions and tune the car automatically, the Cullinan's onboard computer can gauge any slip in surface and predict any trace of over/understeer, and apply additional traction via torque vectoring to individual wheels. How's that for impressive automotive technology? 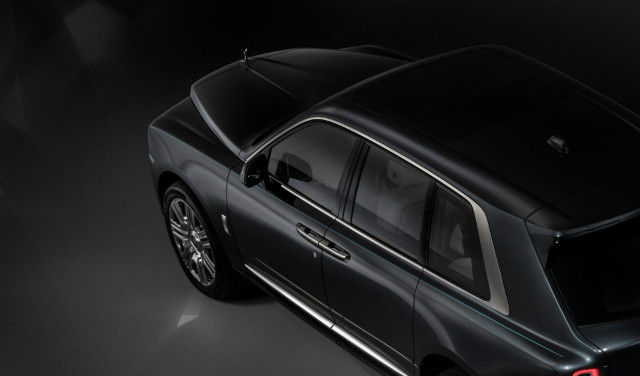 Further technology in the Rolls-Royce Cullinan comes in the form of its massively impressive drivetrain, spearheaded by a 6.75-litre, twin-turbocharged V12 engine that produces 563 brake horsepower and a staggering 850Nm of torque. The transmission has not been specified, but most reports point to the Cullinan using the same, eight-speed automatic unit from the Phantom. The air suspension has adaptive damping, and once you open the car, it lowers the suspension automatically by 40mm to help you settle yourself inside. Not to worry, though - once you're in and your chauffeur has hit the ignition switch, the car raises itself automatically and silently, so that you do not feel the movement inside. 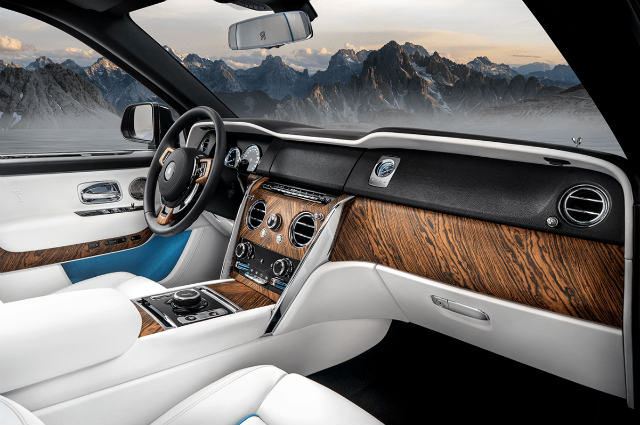 On the dashboard, the Rolls-Royce Cullinan marks yet another first for the brand by featuring a touchscreen infotainment system. Along with all standard functions, it offers a satellite-linked map that can be operated from the rear displays, offers in-car Wi-Fi hotspot for casually browsing your investment portfolios across the globe and every mode of entertainment that you would hope for. Being owned by BMW, it gets an advanced iteration of the system that already works fantastically well as the iDrive unit, which seems measly in front of this one. That said, while you do get all the entertainment kicks, the real dosage of technology inside the Cullinan lies in its advanced driver assistance suite. 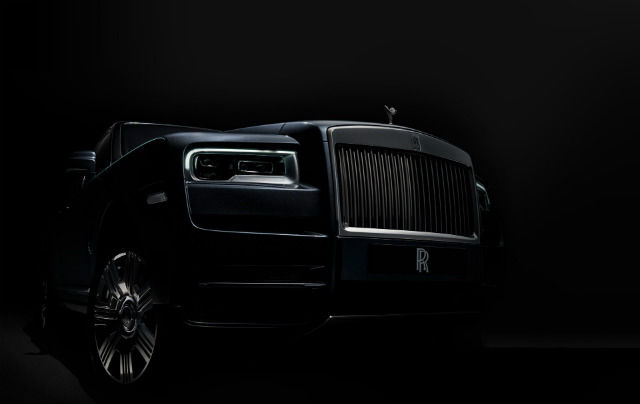 The range of features include adaptive cruise control, forward collision warning and automatic distance maintenance with target locking, night vision assistance, a full-colour Head-Up Display, four panoramic-view cameras, cross-traffic alert, lane departure and maintenance system, pedestrian and animal detection and automatic terrain recognition. This is a fully-loaded piece of automotive engineering, one that is built to lead from the front. All the ADAS units together lend the Rolls-Royce Cullinan semi-autonomous driving technology, if you are driving along one of the few, perfectly-marked and laid-out roadways in the world, and wish to take your hands off the wheels for a bit. It's still not recommended and certainly not legal, though. 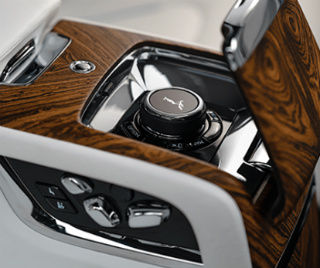 All this technology is built essentially for one purpose - cocoon you in a world of luxury. You get two seat layouts for the rear row - Lounge Seats that lays out the seats in a three-abreast arrangement, with each seat getting individually-folding headrest, ventilation and massaging. The Individual Seats arrangement, however, is obviously the more luxurious one, with a sumptuous recline angle, every form of seat comfort, and the Rolls-Royce central column that here conceals a refrigerator, a slot to hold an exquisite, rare Single Malt, and both whiskey glass and crystal champagne flute holders. There's simply nothing quite like this, and there will possibly never ever be anything like a Rolls-Royce. Halfway through this, we practically forgot that the Cullinan is an SUV. 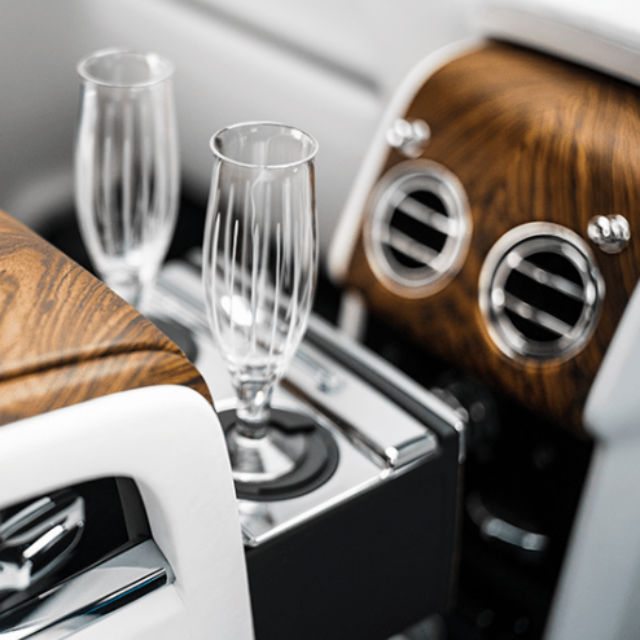 You see, the Rolls-Royce Cullinan is not about being sporty, or aggressive, or any of those mundane things that we judge our cars on. The thing is, if you're sitting inside a Rolls-Royce, the only thing you'd probably be bothered about is how best to savour a sunset on a remote African cliff, or where to stow away your precious, customised drone racing kit. They've thought of that too, and the Cullinan features a motorised slot that stows away two picnic chairs and a central table that folds out from the split-opening tailgate to give you an impromptu sunset camp. It even includes slots to hold personalised, special equipment - like custom drones, so you don't need to be concerned about having to adjust for your eclectic preferences. 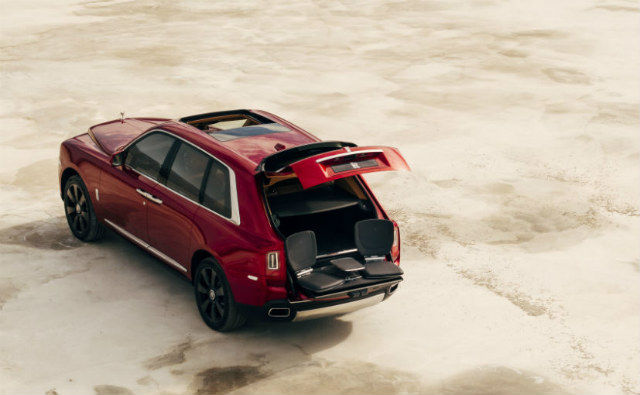 Come to think of it, the Rolls-Royce Cullinan is a bit like Zlatan - it's the world of SUVs that should be thankful of the Cullinan, not the other way round. 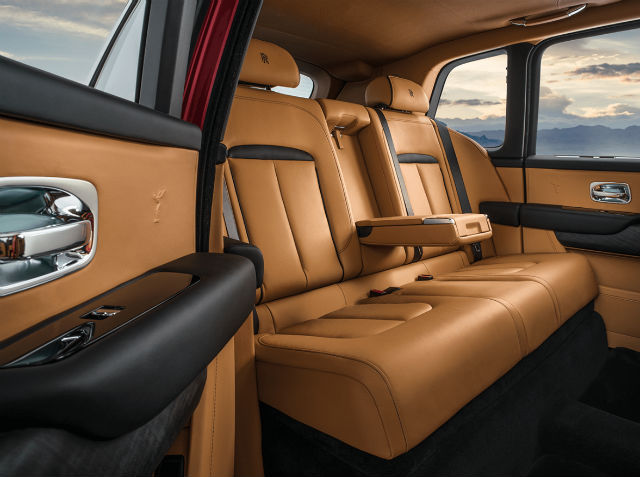 Mini Electric with 233km range could land in India by 2021