The Linux Foundation explains the importance of open source in autonomous, connected cars

Open source computing has always been a major boon to the world of developers, and technology as a whole. Take Google's pioneering Android OS for example, based on the open source code, which can be safely credited with impacting the world of everyday technology in an unprecedented manner when it was introduced. It is, hence, no surprise when a large part of the automobile industry is looking at open source platforms to build on advanced automobile dynamics.

Such precedent needs to be set not only for the benefit of the technology, but for developers that will keep the technology ticking. We recently spoke about Automotive Grade Linux - the work it has done till date, the partnerships it has struck, and a possible future outcome of its efforts. Recently, we spoke to Dan Cauchy, Executive Director of Automotive Grade Linux to further understand the specific implications of open source codes in the field of technology-driven automobiles, the work that Linux is doing and how the field will evolve in general. Here's what he had to say.

Importance of open source
While every automobile OEM understandably wants to build its own ecosystem and signature technology, the present times are the most crucial to have a unified platform. Previous attempts at unifying in-car technology have resulted in simultaneous fragmentation of the industry - Android Auto and Apple CarPlay are smartphone-based ecosystems that do not work without an existing platform, and other proprietary systems like Ford Sync and Tata ConnectNext borrow platforms from multiple companies like Microsoft and BlackBerry to build their own firmware. This has been considerably alright to work with, seeing how much of in-car technology is centered around entertainment, navigation and communication functionalities. This is soon about to change, heralding the need for a unified platform. It is here that open source comes to rescue. 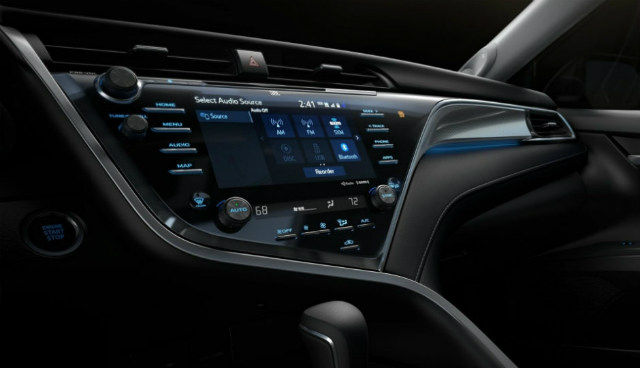 "Automakers want to have control of their product roadmap and be able to plan for the future. They aren't able to do this with a platform that is under the control of a single company, because they have little access to the code and the supplier will not want to share their future product plans.  As an open source project, Automotive Grade Linux is not under the control of any single company. It is a cross-industry effort by automakers, suppliers and technology companies to develop a robust platform that incorporates some of the best components available from across the industry," says Cauchy.

The role Linux plays
As stated before, Automotive Grade Linux's platform does not really belong to any specific company. It is a collaborative effort of sorts, based out of Linux's expertise in building a solid code platform and keeping it majorly customisable. As Cauchy says, "The AGL Unified Code Base (UCB) infotainment platform provides 80% of the starting point for an infotainment system, including the operating system, middleware and application framework.  Automakers and their suppliers then customize the AGL platform by adding features such as navigation and voice recognition and a custom look-and-feel that allows it to be branded for each automaker.  AGL also allows the automakers to own and maintain a relationship with their customer without worrying about having to share the data with a supplier. There are no agreements to be signed to deploy the AGL code. The platform is open and available for anyone to download."

But isn't open source more vulnerable?
While there is no arguing that it is indeed easier to build a unified platform for everyone's usage via open source codes, there is much question regarding its potential security threats. Our experience with Android-powered smartphones have often seen Google's Android OS falling prey to more malware, potential hacks and regular threats in general. Even updates become irregular, as the open source code means easy accessibility for more manufacturers, which has eventually led to the fragmented ecosystem that exists today.

For automobiles, though, it will be different. For one, making a car is far more complex, difficult, expensive and bound by stringent rules, which makes it unlikely that there will be a massive influx of auto manufacturers in the nature of the smartphone industry. Alongside, contrary to popular belief, having code that is open to all may also be a boon for security. Cauchy explains, "Linux and open source software is being used in mission critical systems all over the world such as trains, aviation, telecom networks, banking, stock exchanges and many more. Many studies have shown that open source software is more secure because the code is available for everyone to view and inspect. Also, by collaborating on a single platform, the industry can leverage the fact that hundreds of engineers from hundreds of different companies are working on the same code base, and when a security issue or bug is found, the fix is contributed back to AGL and made available to everyone. A lot of security issues today also arise from disgruntled employees adding nefarious code. This is much less likely to occur with open source and AGL, because the code is inspected by many people before it can be added to the platform."

So how will Linux take this forward?
As we explained here, The Linux Foundation already has a significant number of partnering members on board with its development efforts, including many of the industry's biggest names. You can read all about it here.

Work is progressing at a steady pace, with the bulk of development taking place in infotainment, augmentation and connected car technology. With autonomous driving still at its nascent, work on incorporating advanced driving peripherals to the system will happen as time progresses. As Cauchy says before signing off, "We will release the UCB 4.0 in July, and we will continue to add features, maintain and improve the platform over the coming years. Infotainment was our first priority because the automotive industry has fallen behind the mobile devices in terms of features, but we plan to address all software in the car including Instrument Cluster, Heads-up-Display (HUD), Telematics, Advanced Driver Assistance Systems (ADAS) and Autonomous Driving. We are already working on Instrument Cluster, HUD and a Headless Telematics profile. ADAS and Autonomous Driving will follow after that."

We have been discussing the rise of machines in the field of automobiles on an everyday basis, where issues like safety, evolution of systems and others are being worked on. We even went around in a ZF-powered Level 3 autonomous vehicle, the algorithms of which are also based on open source codes. The importance of this, and Linux's work, lies in here, that at the end of the day, technology is meant to reassure you, and give something more than what we humans are already capable of. It is the void of this very something that Automotive Grade Linux aims to fill up.