Maruti Suzuki Swift 2017: Technology inside, and everything else to know 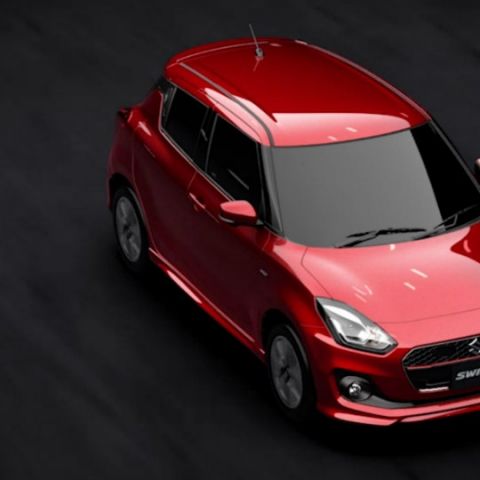 Launched yesterday, the 2017 Suzuki Swift does not only present a new design, but a host of technology around its drive and infotainment package. Here's looking at it, in closer detail.

When Maruti first brought the Suzuki Swift to India back in 2005, it sparked a revolution of sorts in the hatchback segment. A rather unique, playful design coupled with comfortable seating, then-commendable interiors ably complemented a powerful, pliant drive to quickly make the Maruti Suzuki Swift an instant favourite in the already expanding barrage of car buyers in India. While some took the Swift to be a fantastic first car, many were even moving on from old sedan builds to the Swift. 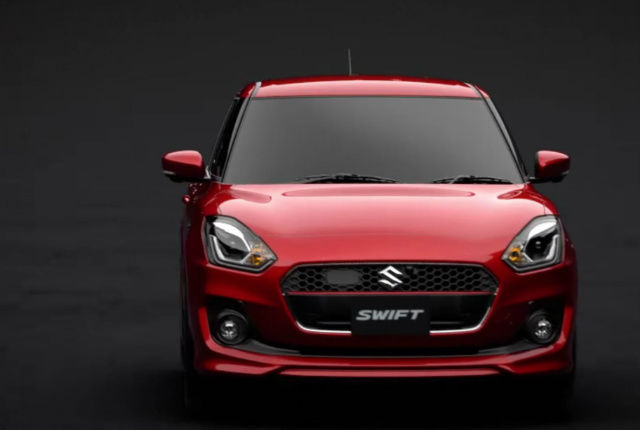 The 2017 Suzuki Swift, unveiled earlier yesterday, seems to be a glorious continuation of the very same aspects that made the Swift so popular in the first place. The latest hatchback brings with itself a very noticeable redesign, alongside an upgrade to its interiors to catch up with competitors, and most importantly, a decent dash of technology governing its drive and the infotainment unit.

This has the potential to take the already-popular hatchback to an all-new height, marked by the ascendency of feature-laden hatchbacks launched in recent times, like the Tata Tiago. With all of this in sight, here’s looking at everything that is special in the all-new 2017 Suzuki Swift.

The technology in use
In terms of the drive, the 2017 Suzuki Swift uses the new SHVS mild hybrid platform. Termed as Smart Hybrid Vehicle by Suzuki, this mechanism essentially uses a motor - an Integrated Starter Generator - to enable power regeneration and engine power assistance. The motor draws power from the battery to pass through stator windings of the car and create a magnetic field, which in turn spins the rotor and start the engine. On the flipside, when the car is in motion and the rotors are spinning, the generated magnetic force within the copper windings generate electricity which can be restored within the car’s battery to be used later.

SHVS essentially takes load off the engine on multiple occasions and saves on peripheral fuel usage, thereby significantly improving on fuel economy. This also minimises emissions further, falling in line with Suzuki’s eventual goal of cleaner driving. Power is regenerated during braking and while standing idle, two of the most common instances while driving on Indian roads.

Even the engine claims an upgrade in efficiency of mechanism to deliver better thermal efficiency. Of the six variants of the Swift, three variants - XG, XL and Hybrid ML - use the 1.2L DUALJET DOHC VVT engine, with the first two mated with five-speed manual transmissions and the latter with an improved CVT transmission. The other three - RS, Hybrid RS and RSt - all use the six-speed CVT transmission and the 1.0L DOHC Boosterjet turbo engine. The improvement in transmission theoretically allows smoother gear shifts.

In terms of safety, the new Swift includes a Dual Sensing Brake Support (DSBS) system, which uses a monocular camera, laser sensor and high beam assist to make for the car’s collision mitigation system. Alongside tuning the braking mechanism, this allows the car to adjust high-beam and low-beam intensities of the headlamp automatically as per environment. The same setup is also used in adaptive cruise control (ACC) to let the vehicle automatically apply brakes in order to maintain a safe distance from cars around. These two systems will join the standard safety array of this car.

While the new infotainment console has not yet been detailed, a new touch interface has been presented in the handful of photographs, along with new, rounded buttons and dials, and a redesigned steering wheel with controls. The interface will possibly house a reverse parking camera, along with the standard music and AM/FM interface, USB/memory card playback, CD support, and even house a navigation unit in certain trims. It may also get support for Apple CarPlay, seeing that the top trim of the present generation Baleno gets it. You can also expect controls for internal lighting and air-conditioning from the central console, and a Multi Information Display on the central instrument cluster may relay parking sensor info, fuel and trip details.

Performance and Design
The two engine variants seem fairly powerful for a city ride hatchback, with the 1.2L DOHC VVT producing 90BHP and 118Nm torque, while the 1.0L Boosterjet producing 100BHP power and 150Nm torque. These further rely on the lightweight, rigid HEARTECT platform that adds to the agility and stability of the car. The steering is also expected to be more responsive, and Suzuki claims improved handling along with a faster, smoother ride. 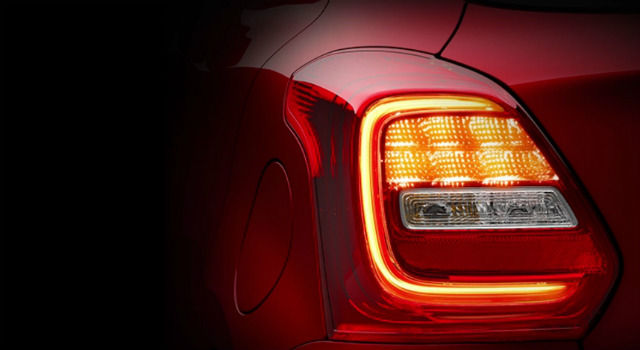 The new 2017 Suzuki Swift is shorter than before, and retains the cockpit-like cabin windows and the large, chunky hood. A larger, hexagonal nose complements new, swept-back headlamps and smaller headlamps, rear door handle mounted behind the window, and bolder lines that add more contours to make the Swift look swifter.

Pricing and India launch
While no word on pricing has been given out yet, industry estimates expect the new Swift to be launched in the second half of 2017. The global variant, suited for each market, will be launched after the Geneva Motor Show in March 2017. While no pricing details have been given yet, most estimates expect the new Maruti Suzuki Swift to premiere at about Rs. 1,00,000 higher than the present generation Swift.