Flying cars are much closer to reality than you may imagine 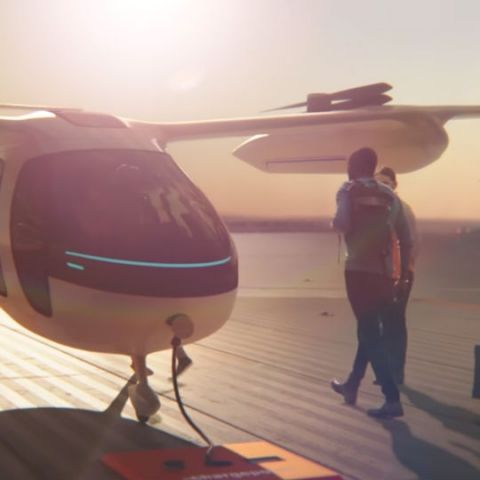 Uber and NASA have announced exactly how keen they are on making it real. Unsurprisingly, they aren’t the only ones with grand plans to make cars fly and battle congestion.

If you happen to be an auto enthusiast, you must have come across news surrounding offbeat startups and sometimes even established giants making headlines with literally lofty ambitions. It has been a while already since we first started talking about flying cars, and ever since the first seemingly bizarre concepts came along, the enthusiasm surrounding this rather science fiction mobility medium has refused to die down.

Our enthusiasm has often been fueled by videos of individual (brilliant) experiments taking off on garage-made contraptions that were basically motorbikes with four death fans in four corners. But, while these individual stunts were quite brilliant, for the longest time they remained what they were meant to be – crackpot experiments, until the big guns sat up and took notice.

Why even bother?
Word about ‘flying cars’ rose out of two factors – science fiction movies (blame Blade Runner) that predicted how traveling on roads would just be too boring after a point, and the rise in discussions surrounding smart cities and increasing congestion in urban metropolitans. While the first factor provided impetus for laboratories to evaluate whether this was actually even possible, the second pushed for the basis that flying cars would soon be much more than a spare project built with a research lab’s excess budget.

Fast forward to the present times, and we have actually progressed beyond merely shrugging off the odd experimental flying car project. We now have a flying car that you can actually buy, even more that are being conceptualised as you read this, and big companies and investors testing the waters with initial interests.

The Uber-NASA partnership
The latest of such interest has come from Uber, the popular and controversial ride hailing service. It is of no surprise that Uber is experimenting with ways to change how people go about their everyday commute, but what’s notable with their latest advancement in this field is NASA’s partnership.

It is safe to assume that the space authority of the United States of America knows a thing or two about flying. Adding to that is Uber’s expertise in commercialising a mode of commute (they’ve even introduced helicopter taxis in Dubai), and the two now have a Space Act Agreement. This agreement is meant to be a collaboration in terms of technology, strategy, legal terms and every other aspect that will come into consideration to facilitate UberAir – on-demand flying taxis that Uber aims to introduce in Los Angeles by 2020. 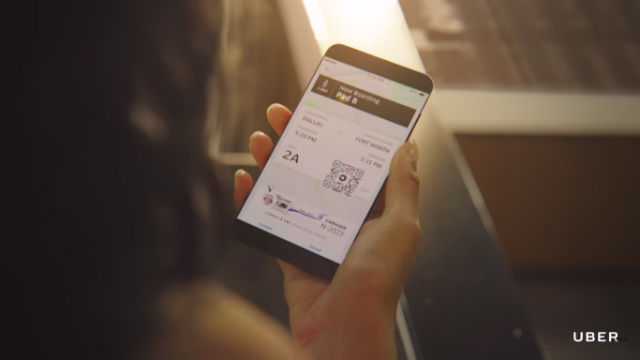 Jeff Holden, Uber’s Chief Product Officer, recently demonstrated an early concept for UberAir, and it looks mighty close to a standard (albeit more futuristic) helicopter. The idea is to make flying less of a hassle, and streamline it to make it safer, easier, more viable in terms of costs, noise levels and pollution, and more accessible on overall terms.

This is certainly not the final blueprint, and the Uber-NASA partnership will certainly evaluate more models of flying cars. Such models may include gyrocopter-like lifts, autonomous flying abilities and augmented reality screens to go in tandem with all the advancements in the field of mobility.

Nevertheless, as Uber and NASA stage their agreement of collaboration, a number of companies seem to have pulled ahead, at least in designing and executing the car itself. 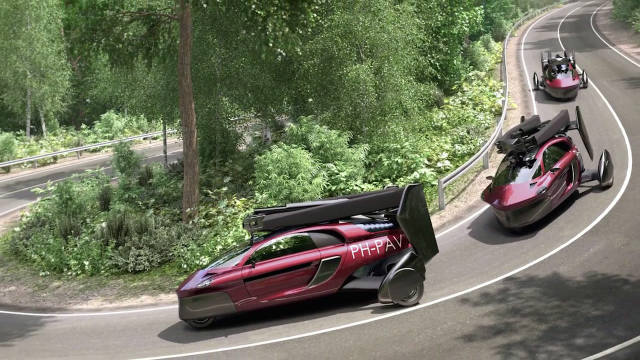 Built by a Dutch company, the PAL-V Liberty technically became the first ‘flying car’ that is presently on sale. More of a gyrocopter with foldable rotors, road-driving abilities and a highly unusual (and not very appealing) design, the PAL-V Liberty has technically already made flying cars a reality. That is, if you are willing to accept one that still looks like a laboratory experiment left alone before designers could make it more suited for public.

To talk numbers, the PAL-V Liberty is not clean energy-powered, and instead has separate combustion engines powering it. The ground engine is a 99bhp power mill that takes the vehicle to 100kph in 9.0 seconds and all the way to ground speed of 160kph. Ground-only driving range is 1315kms, but in the air, the 197bhp flying engine takes over to travel 500kms at 180kph peak speed, at flying height of 3500m.

The company also includes a flying course and a flying licence, for anyone interested in buying this. If this doesn’t sound like a practical flying car, nothing else comes close.

If there’s anything that really closely resembles Uber and NASA’s vision of flying taxis, it is Airbus’ very own flying car – the Vahana. What makes it so relevant for the future are the technologies that it implements – fully electric, tilt rotors, dense batteries and autonomous flight. Just like modern flagship drones, the Vahana is being built to autonomously avoid obstacles in its flying trajectory. Alongside, Airbus is aiming the Vahana at being a single- or double-passenger hauler with short journey electric mileage coupled with fast charging abilities, all of which makes it the perfect contender for ride sharing, autonomous and flying car models of future mobility. 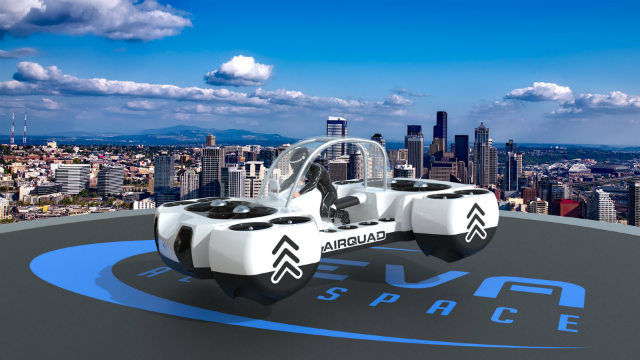 The Neva AirQuadOne is a product of a consortium of five European companies. The result may or may not seem viable to you, but practicality is not its main target. What the Neva AirQuadOne has set out to achieve is showing how single-person flying car pods may work in future. The AirQuadOne has a very short flying range of just 40kms, and the 80kph top speed seems thoroughly miserable. But, throw in vertical takeoff and easy fast charging along with assistive flying abilities and a safe, lightweight chassis, and the AirQuadOne does not seem as absolutely ridiculous any longer. 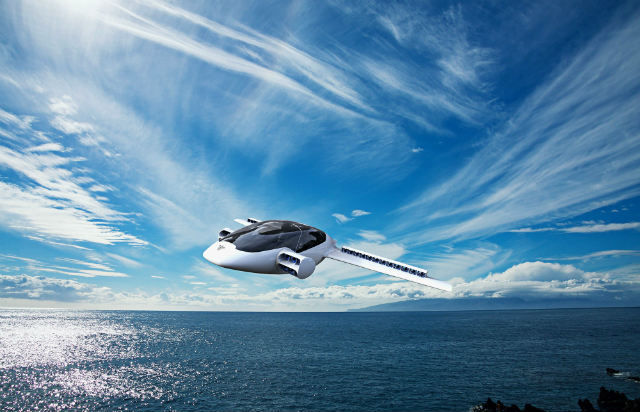 The Lilium Jet is mighty close to the Airbus Vahana in theory, but has one fundamental element that makes it differ from everything else – it is built to carry heavier loads and multiple passengers. While most flying car concepts are built keeping single and double passengers in mind, the Lilium Jet aims to make the most of streamlined technologies to provide what could well be the first mass-transport flying car.

The Lilium Jet can also execute vertical takeoff and landing, all the while focusing on low noise of operation, simple setup and flying, high speed and emission free traveling, and the key factor for commercial flying cars – low cost of running. All of these make the Lilium Jet one of the most practical flying car concepts around.

Oh, and it looks its part too.

What lies ahead
With all of these concepts and companies involved (and even NASA in the fray), the onus is on airspace regulators, law and policy makers to draft potential use cases, licensing, acceptable airspace usage and safety checks for flying cars to become real.

This is, of course, one of the key aspects of Uber and NASA’s partnership – proceeding the legal talks. After all, we are actually very close to seeing flying cars for real. 2019 was what Blade Runner had predicted as a future filled with flying cars.

Turns out, it almost got it right.