So CES 2023 ended on Sunday, January 8 2023. During this year's Consumer Electronics Show 2023, we saw a lot of mind-blowing tech on offer. While the focus of this year's CES was more towards IoT and what's in store for the coming year or so, there was a lot of interesting stuff in the automotive space. From flying cars to cars that have their own personality, this year's CES 2023 was an exciting one for those who like cars as well.

Here are some of the most interesting car technologies that we saw during this year's CES. BMW's crowd-pulling iVision Dee concept, which has its own personality, to Sony's Afeela prototype electric car, which the company has made in partnership with Honda, to even a flying car named Aska A5, which is the first fully functional flying car we have seen so far! Let's take a look:

German automaker BMW unveiled its iVision Dee concept car, which doubles up as a virtual companion. The BMW iVision Dee (or Digital Emotional Experience) is a compact electric sedan from BMW, which is the most basic thing about the iVision Dee. The car changes its colour with the help of 240 individually controlled panels. The BMW iVision Dee can instantly change between 32 colours on each of these 240 panels, meaning users can make many colours or patterns instanty. The car also doubles-up as a virtual assistant with E-Ink displays for eyes that move around as you interact with the car. 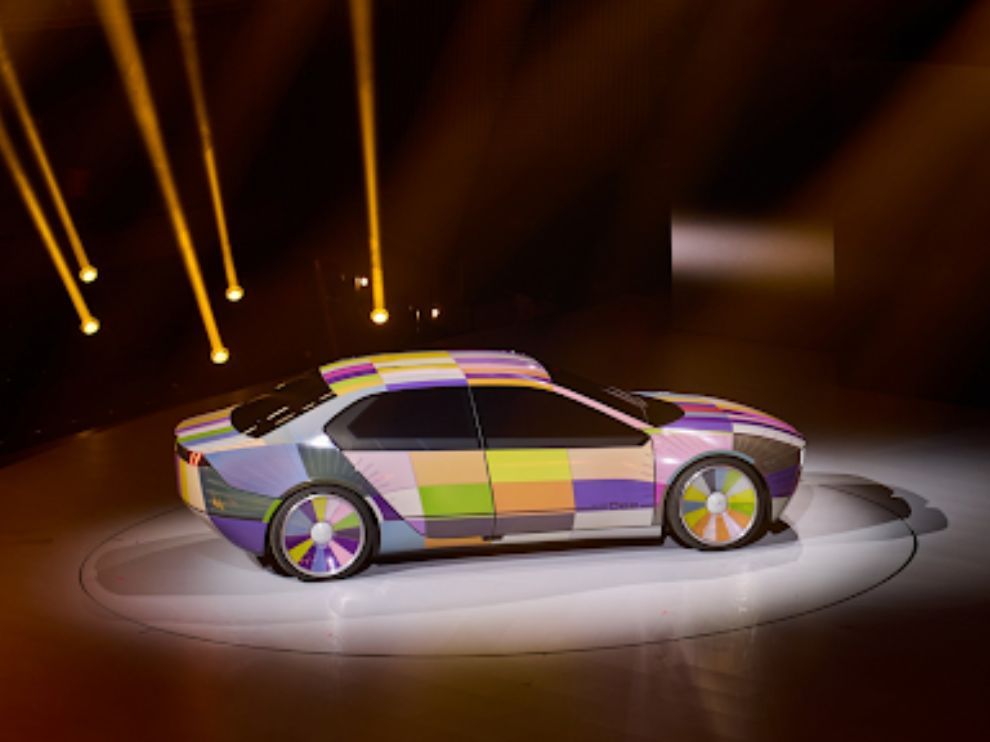 The BMW iVision Dee also has E Ink displays on the kidney grille, which give the iVision Dee animated eyes. These eyes move around and change as you interact with the on-board virtual assistant. You can talk to the car even when you're standing outside and it can also be controlled via a smartphone app. 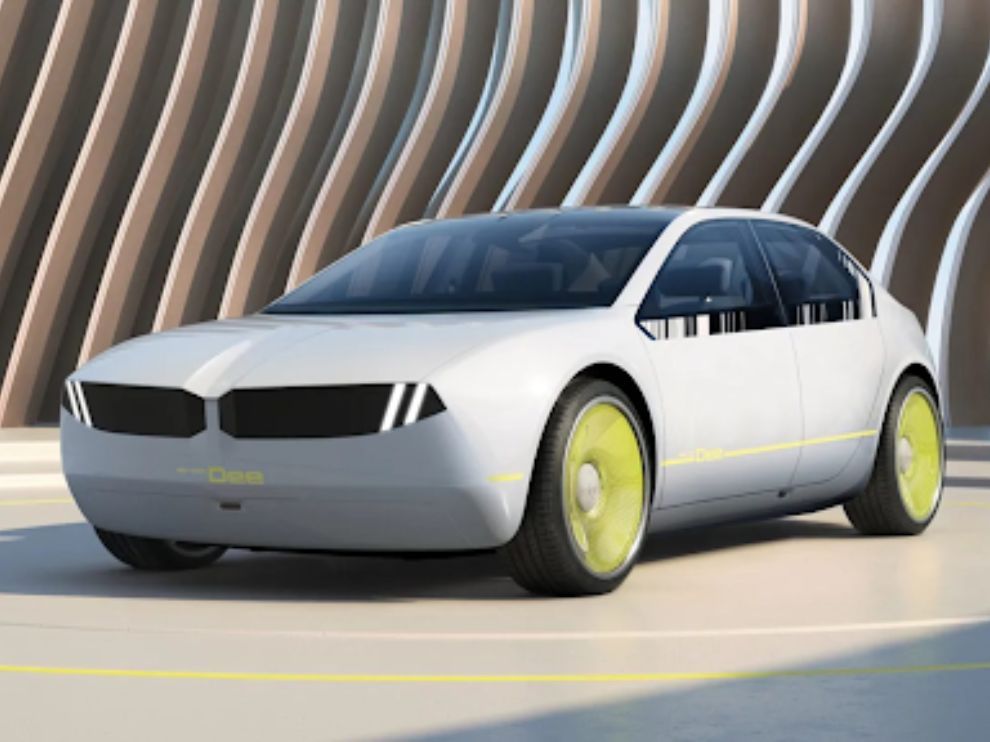 Inside the car there are no screens, since the windshield itself can double-up as a display. There is a full-width AR heads-up display with five levels of immersion that the driver can choose from and a mixed-reality touch slider on the dashboard. There are four levels o mixed reality, where level 1 displays limited information in a thin row along the bottom of the windshield with just speed, battery information, and more. Levels 2 and Level 3 unlock a larger Heads-Up Display (HUD), which makes room for more stuff like communication information or navigation. Level 4 takes up even more space for functions like AR navigation. There is also a level 5, where the display will take up the whole windshield, dimming the rest of the windows. This, however, is designed with autonomous driving in mind. 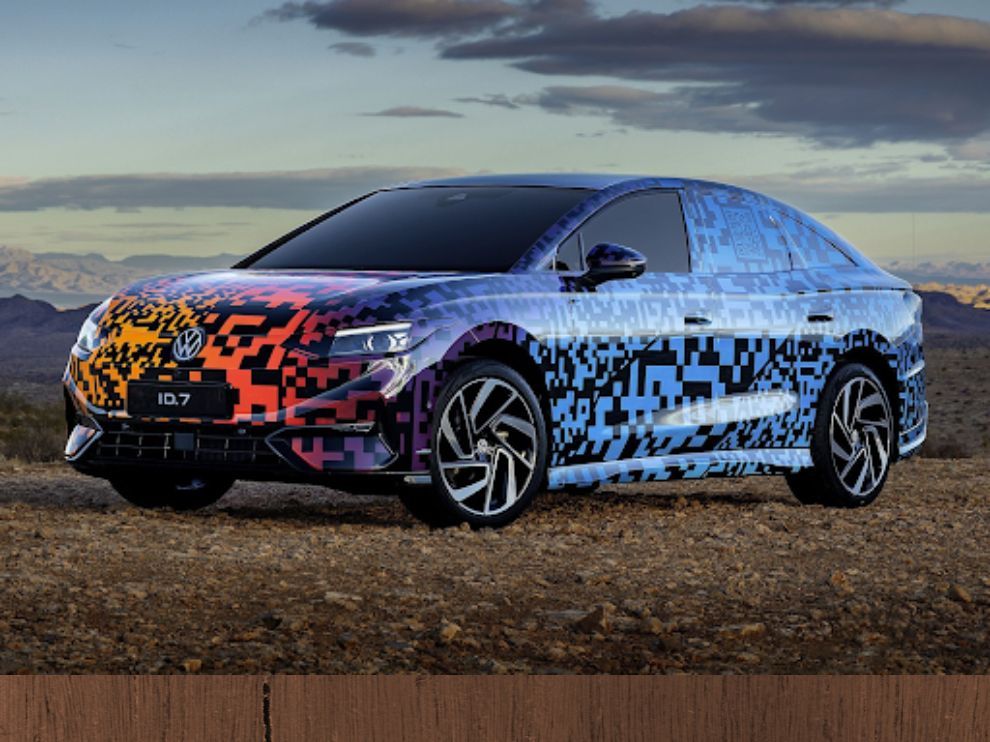 This has 22 zones that can be lit up separately, and can also be connected to the audio to give you a visual equaliser that will sync to the beat of the music. Actual QR codes are also a part of the paint job. These can be found on the hood and sides of the vehicle, so if someone is interested in knowing more about the ID 7, they can simply scan the car with their phone.

Apart from this, the VW ID 7 EV looks also part of the VW lineup, and carries the same design language as VWs ID series. Talking about car numbers, the ID 7 is expected to come with a 77kWh battery pack that will be good enough for about 700kms of total range. 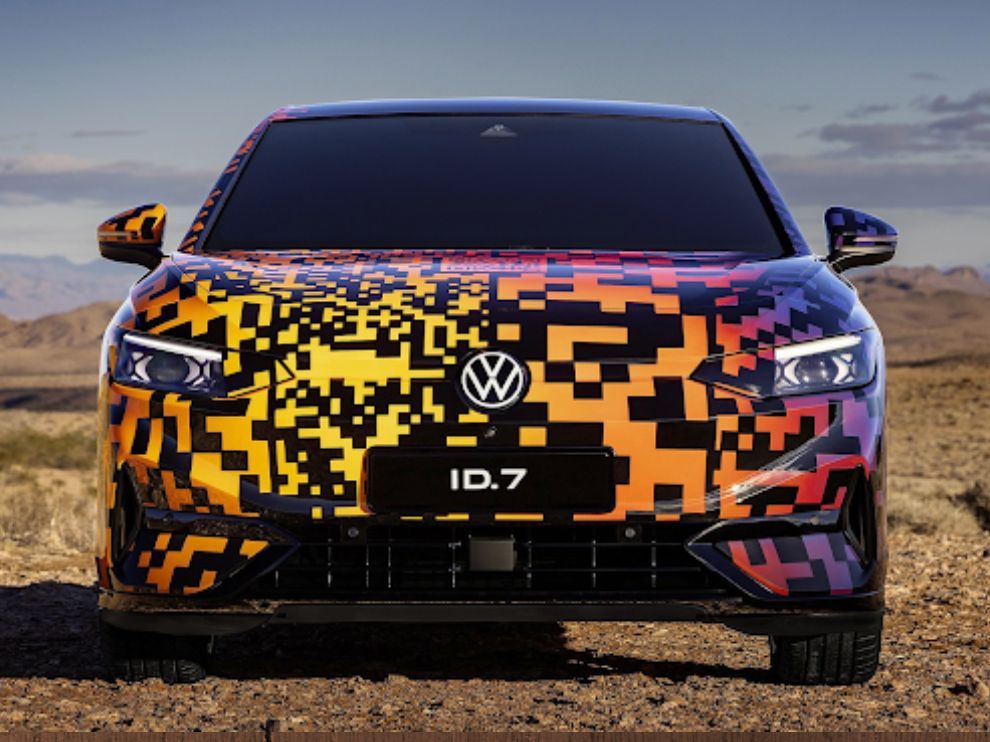 The interior of the VW ID 7 EV is also a new, larger infotainment system with a 15-inch screen that has all the controls like climate controls, car settings, music controls, and more. There is a rather normal-looking round steering wheel with steering-mounted controls and there is a digital instrument cluster.

Call it an airplane with wheels, or a car with wings, the Aska A5 is the first fully-functional flying car concept that we have seen. While CES 2023 was not the first time the Aska A5 has been showcased, during the CES, the company brought its full-functioning prototype for people to experience. 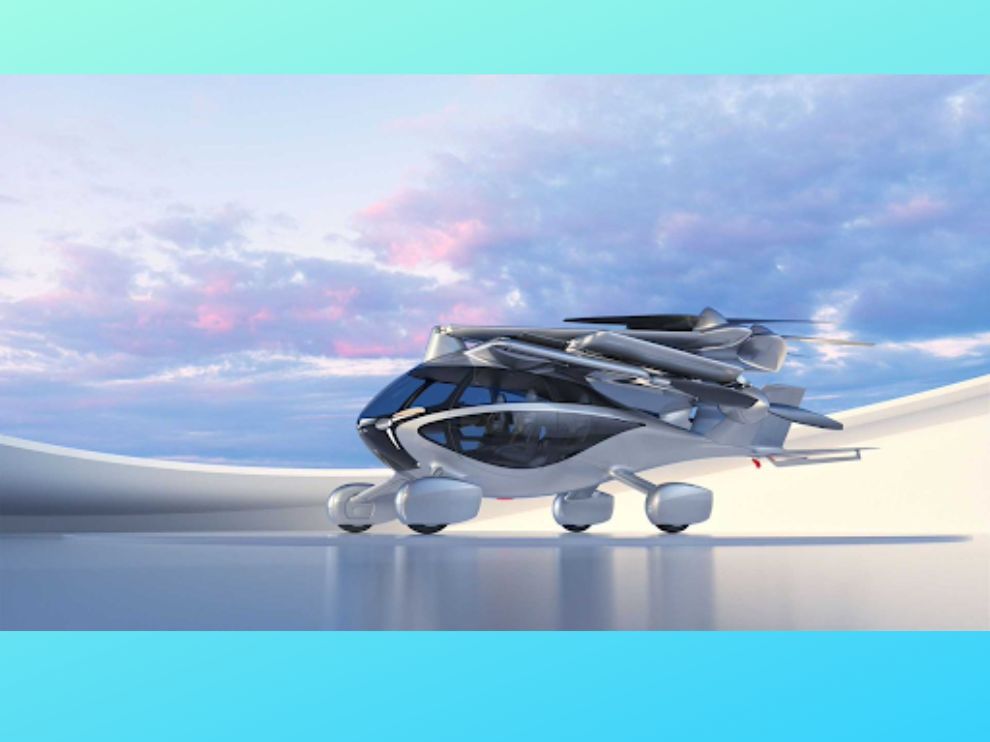 The Aska A5 is powered by electric batteries, which are supported by a proper gasoline engine. This car is a four seater that is about the same size as a large SUV, but with wings on top. For parking the Aska Air a normal parking spot is enough, but for vertical take-offs, the car requires as much area as a helipad. The Aska A5 can further be charged at home or EV stations, and the gasoline engine provides for 50 additional miles of range. The Aska A5 can fly at a maximum speed of 150 mph and travel 250 miles on a single charge.

Sony is also venturing into automotive. The company showcased its Afeela EV, a car made in partnership with Honda. The Sony-Honda Afeela looks like a mid-sized sedan and apart from being an EV, the Afeela also comes with smart features and interactive abilities.

On the front bumper of the Sony Afeela, there is a "Media Bar" which displays information like the weather, battery, and other important things. The Media Bar also allows users to interact with the car. 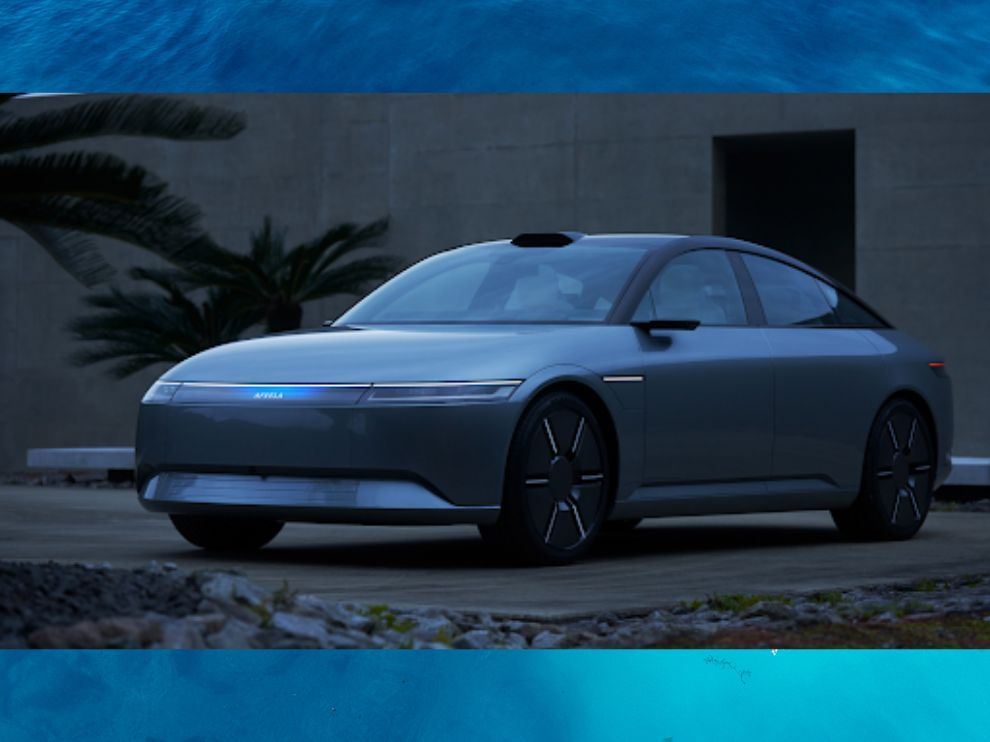 Since the car is made by Sony, it has a plethora of sensors on-board. The Afeela concept is equipped with 45 cameras and sensors. These help detect the driver's condition and help ensure safety. There is also tech from American chipmaker Qualcomm on-board. The Afeela EV uses the Snapdragon Digital Chassis along with Unreal Enginei graphics tech to design interfaces for the vehicle. The car is also expected to come with Sony-powered entertainment features and multimedia. 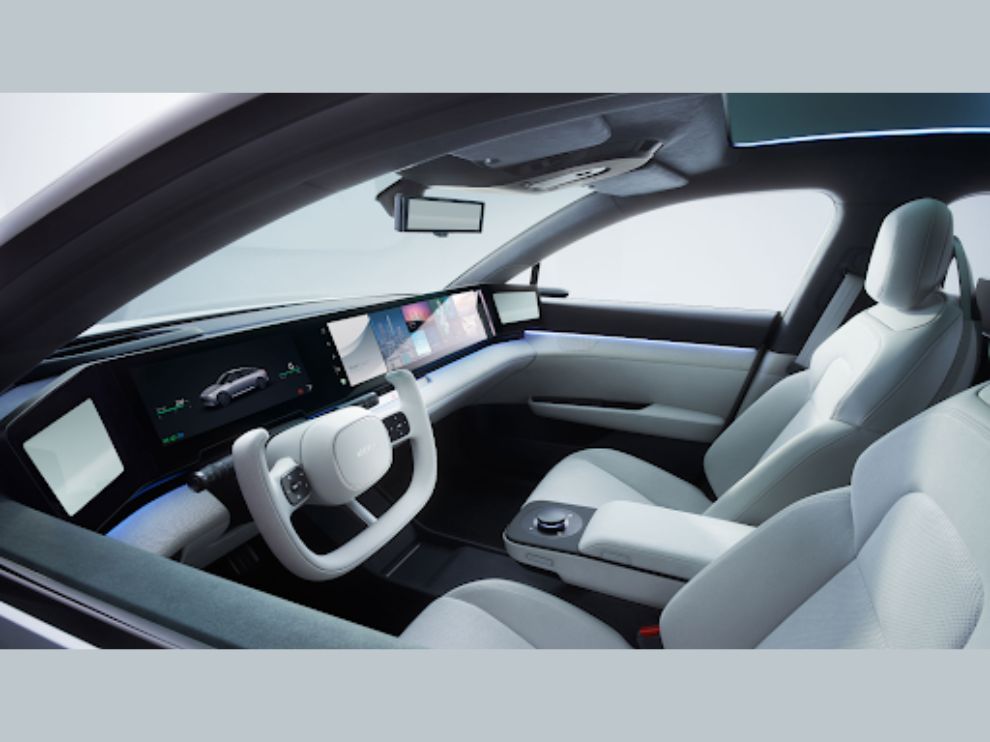 The Afeela is one of the first products to come out of the Sony-Honda partnership that was announced at last year's CES for developing electric cars. The Joint Venture is named Sony Honda Mobility and aims to have pre-orders for the Afeela in the first half of 2025.

Also Read: Best of CES 2023: Here are the most interesting CES product announcements