Best SUVs, crossovers and MPVs on show at Auto Expo 2018 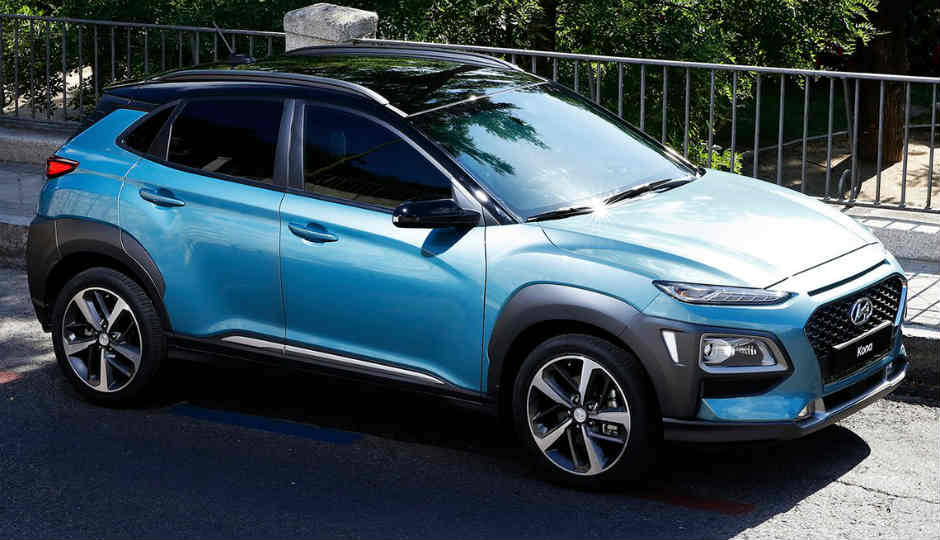 The Auto Expo opens doors to the media tomorrow, and this year’s automotive extravaganza will play host to a bunch of SUVs, compact SUVs, MPVs and crossovers. This becomes particularly more relevant as this segment is one of the most active and popular ones among Indian car buyers, and with the likes of Maruti Suzuki, Hyundai, Toyota, Honda, Mercedes-Benz and other notable companies having exhibits in these segments, we take a look at the best of SUVs and crossovers that will appear on the Auto Expo show floor, in both production and concept avatars.

Maruti Suzuki: Future S concept, E-Survivor and more
While the all-new Swift will be the headlining launch for Maruti Suzuki, the other launches it has in store will also be equally relevant in terms of what the company will have in store for the future. Among SUVs, crossovers and MPVs, Maruti Suzuki will unveil an all-new concept - the Future S.

Not much has been revealed about the Future S concept apart from a silhouette of its dimensions, but the car is expected to be slotted below the Vitara Brezza once it enters production. The compact family SUV will go up against the likes of the Tata Nexon and other crossover hatchbacks, and may come with a host of features akin to the likes of the Ignis, Swift and other new generation cars from Maruti Suzuki. 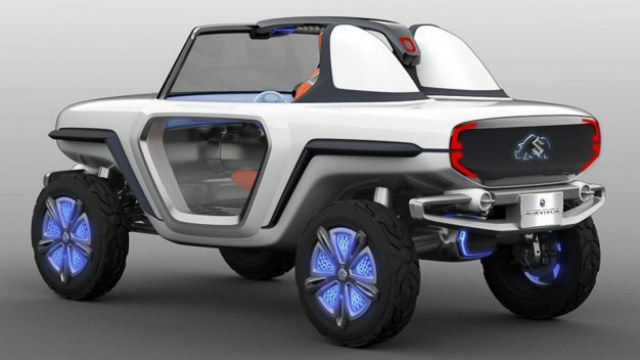 The E-Survivor concept, meanwhile, is a concept that mostly shows how Suzuki envisions the future to be. Built on an all-electric powertrain, four-wheel drive and a ladder frame chassis, the Suzuki E-Survivor also brings semi-autonomous capabilities, and the company claims that the concept has been designed to keep it relevant for production for a long time in future. The multi-terrain vehicle interestingly retains a steering wheel despite the promise of an autonomous future, which hints at it being presented as a production vehicle sooner than later.

Other cars in the crossover, MPV and SUV segments from Maruti Suzuki may include the Jimny, and new versions for the Ertiga and the Grand Vitara. While the Jimny is a spiritual successor to Maruti’s legendary Gypsy in India, the new Ertiga and Grand Vitara have their own places of importance. The Ertiga has proved to be a popular MPV in both personal and commercial segments, and the Grand Vitara was one of the first attempts at making a luxurious SUV by an Indian car maker.

Hyundai: Kona electric SUV, Creta facelift
The Hyundai Creta has been widely popular in the Indian SUV market, striking a good balance between suave designing, driveability and comfort. Sales of the Creta is still going striking, which is possibly the reason why Hyundai will only give the Creta a mid-life facelift, instead of an upgrade. The facelift will include Hyundai’s signature cascading grille along with new bumpers, which makes for a fairly minor facelift. 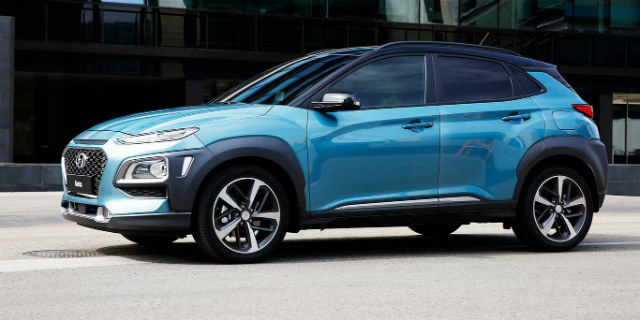 The headlining act by Hyundai is the Kona SUV, which the company has affirmed will be brought to India with an all-electric powertrain. The lifestyle SUV has been unveiled internationally, and will be brought to India as a completely knocked down (CKD) version. Seeing how popular the likes of Creta and even the Tucson has been for Hyundai in India, the Kona is expected to begin a new chapter for Hyundai in terms of electric cars in the country.

Honda: Return of the CR-V, debut for HR-V
The Honda CR-V, just like the Vitara Brezza, was one of the very first cars in the luxury SUV segment in India. Much has happened since then, and with the availability of more premium SUVs in the country at more compelling price points, the Honda CR-V has somewhat gone down the pecking order in terms of its positioning. 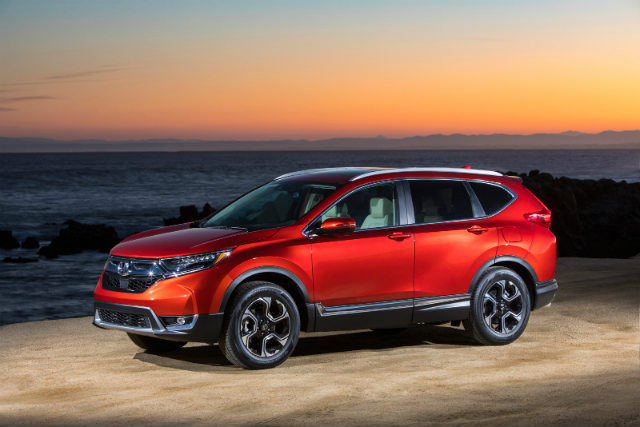 At Auto Expo 2018, the CR-V is making a comeback in its 2018 avatar, and thankfully, it retains its original swept-back form factor that made it famous for its composed road presence. The car will be more high-tech now, with a bunch of cameras enhancing safety, and features like cruise control, automatic climate control and the likes bringing it up-to-date with other cars in India.

Alongside, the Honda HR-V may also debut in India for the first time. The HR-V will be positioned alongside the likes of Hyundai Creta and Jeep Compass, and come with a bunch of technologies that include surround cameras, the Honda Sensing connected infotainment system and other elements to gain an edge over its competitors. Honda itself calls it ‘the crossover SUV’, and this one may very well be the start of a comeback of sorts for Honda beyond the City.

Tata Motors: Q501 SUV, updates to Nexon and Hexa
The premium SUV, codenamed Q501 by Tata Motors, has been spotted testing on Indian roads for a while now, and is set to be unveiled at the Auto Expo tomorrow. The Q501 will be positioned above the Hexa, and is based on the Land Rover Freelander 2 platform. Alongside, it will come in both 5-seater and 7-seater platforms, and line up alongside the likes of Ford Endeavour, Skoda Kodiaq and the upcoming Honda CR-V. 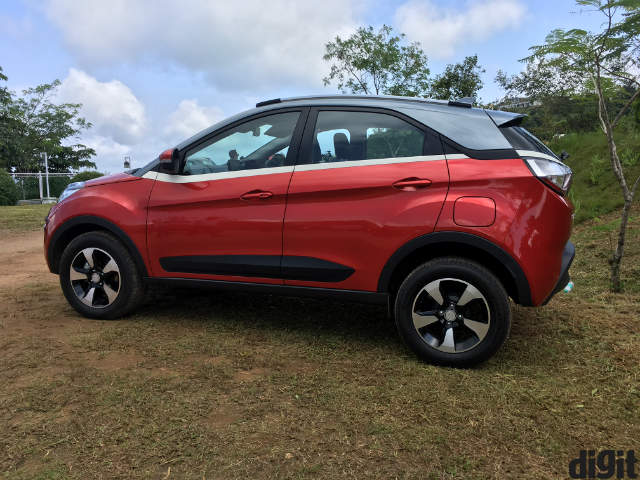 Mahindra: XUVs galore, and miscellaneous upgrades
Mahindra’s Auto Expo outing is slated to feature the XUV Aero SUV/Coupe concept, which has now been slated for production soon. Alongside, the Mahindra Stinger will also be presented as a convertible SUV in what will be a one-of-a-kind presentation even in global standards. 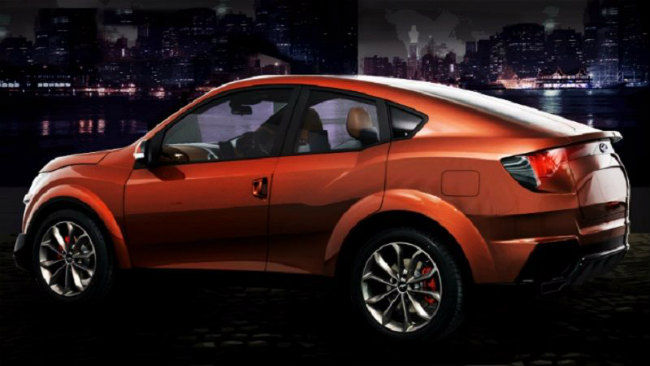 Alongside, the company will be bringing a host of upgrades to its former cars, which include the Bolero and the TUV300 Plus.

With all of this in sight, the 2018 Auto Expo is all set to become a massive extravaganza of SUV and crossovers, all vying for the car buyer’s attention. Stay tuned, as we bring the best from the Auto Expo show floor, which opens at 8am on February 7.