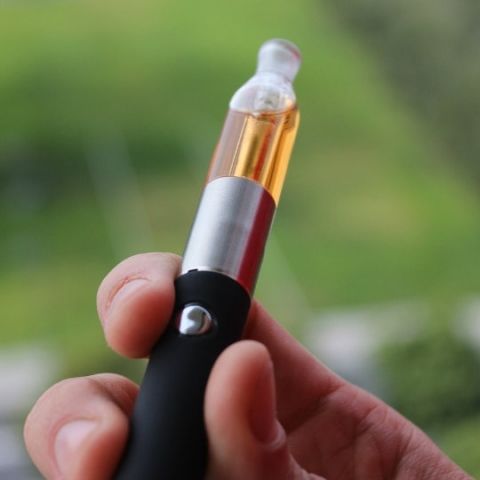 Vaping is a phenomenon that could be labelled as mainstream or niche depending on which part of the internet you reside on. For the uninitiated, vaping refers to the use of electronic devices to inhale an aerosol generated by heating a liquid. Over the years, vaping devices have included different liquids to give a sensation of different flavours. Coloured aerosols have also been a part of the trend. Over the last few years, e-vaping companies have brought in a new play into the vaping game - that of inhaling nutrients. While the companies themselves claim that the science behind their products holds strong, experts are of different opinion.

What the companies have to say

There’s a number of companies in the vitamin vaping segment right now. This is in line with overall millennial behaviour that leans towards most things wellness and most things ‘trendy’ at the same time. The vitamin-laden vapes showed up for the first time around four years ago with companies like VitaStick and Vita vapes. According to these companies, in general, vitamin supplements are combined with propylene glycol and vegetable glycerin so that they can form an aerosol when heated over a coil. Mostly, the common range of ingredients comprises of vitamin B-12 and vitamin C, along with other natural ingredients like caffeine, chamomile extract, green tea extract, melatonin etc. None of them contains nicotine in any form. These ingredients are marketed to have a range of health benefits for you, helping with sleep and stress along with its most obvious claim - helping your diet.

Most of these companies claim that inhaling these nutrients sends them deep into the lungs from where they are directly absorbed into the bloodstream. This process reportedly allows multiple times the body’s daily vitamin requirement with just a few puffs. Take Nutriair’s B-Complex for instance. The 10$ device reportedly contains “consists of natural Vitamin B-12, natural Vitamin B-6, natural Vitamin B-2, natural Vitamin B-1, and natural CoQ10”. Such offerings are not just limited to vitamins. Other offerings from Nutriair include Immune and Diet, each of which comes with a cocktail of different natural extracts and a couple of vitamins thrown in for good measure.

Where does the science stand

Before we say anything, there’s research out there that states that this is theoretically possible. Guenther Hochhaus, a pharmacologist at the University of Florida, stated to Scientific American that the aerosol would have to reach very deep into the lungs, “where the membranes are thinnest and most permeable”. He also adds that the efficacy is up for debate up until more substantial research establishes the lung as a suitable delivery site for nutrients through inhalation.

On the other hand, the companies themselves seem to be confused about which vitamins and nutrients are safe to vape. While VitaminVape founder George Michalopoulos states that they skipped vitamin D because it wasn’t safe to inhale and thus they went with vitamin B, another company Sparq, which is developing another product called Vitamin Air, points to a study carried out by the Ohio State University that draws a correlation between consumption of vitamin B12 and B6 supplements with high cancer rates. 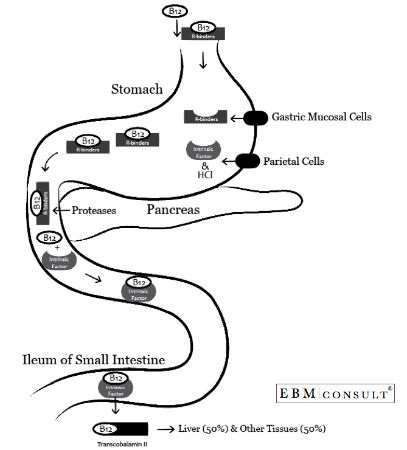 B12 Absorption process in the human digestive system

Other experts like Guenther spare no chance to point out that most of the research backing any of these claims either go far back in time (even to the 50s) or wasn’t conducted on humans at all. On the other hand, the same experts also point out that just because the initial combination of the chemicals that form the pre-aerosol stage is safe, doesn’t have to necessitate the safety of the resulting combination after it is heated on a metal coil. While the long-term effects of e-cigarettes and vaping devices aren’t known because they haven’t been around long enough, there are studies that show their use to cause irritation of the airwaves and even bronchitis.

What you should do

Most of the devices that we have talked about come with disclaimers on the packages that absolve the companies of most or any responsibility in case of adverse health effects. That should be a big enough warning bell for anyone interested to make vaping their ‘only’ source of nutrients. Considering the fact that the human body is designed to absorb nutrients through the gastrointestinal tract alone, there’s no valid reason why we shouldn’t stick to that for most purposes. In exceptional cases, there are alternative ways to consume vitamins under a prescription that are administered by doctors under their supervision intravenously or on your own through supplements.

When cigarettes were initially launched into the market, there was a large amount of positive marketing around it that went to great lengths to associate all kinds of beneficial imagery to these cancer-causing products. If you look carefully, you might feel that something similar is happening with vapes, albeit with a more polished, 2018 feel to it. As the experts say, why would you really need vitamins through an expensive inhalation process if having a good breakfast, lunch and dinner can provide you with the same?