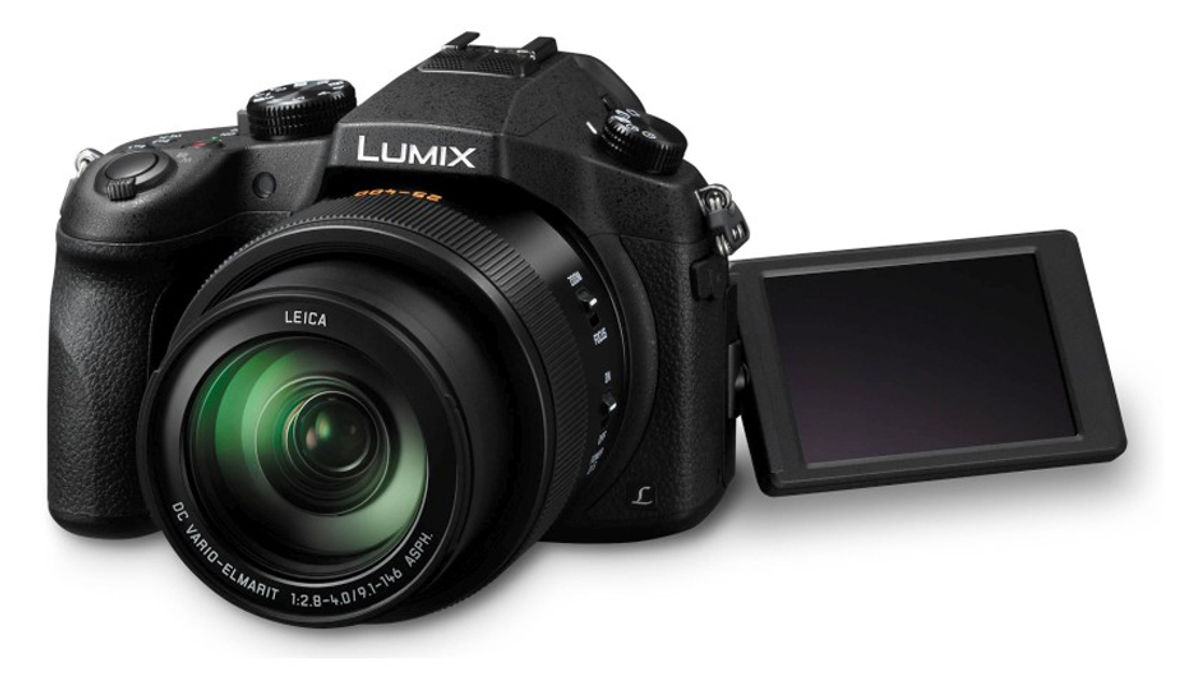 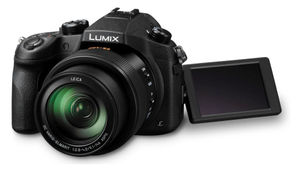 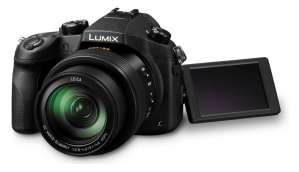 Panasonic Lumix DMC-FZ1000 is a 20.1 mega pixel bridge camera (a class of cameras that sit between SLRs and point-and-shoot) that is supported by Venus engine image processor. It comes with a 1 inch MOS sensor, which is 4x larger than the conventional sensor size, has 16x optical zoom that promises to capture crystal clear images with superior colour reproduction and minimum noise even in low light environments. It supports a 5-axis Hybrid Optical Image Stabiliser and a 5-step speed control system to eliminate any shakes or vibrations while zooming on the move. It incorporates linear motor in the focus system and is DFD (Depth from Defocus) enabled thereby, achieving an ultra high-speed autofocus time of 0.09 seconds and a quick start-up time of 0.66 seconds.

With seamless built-in Wi-Fi and NFC capabilities, simply touch your Panasonic Lumix DMC-FZ1000 to your Android smartphone or tablet  and you can instantly wirelessly transfer media from device to device. By using the Panasonic image app on the smartphone/tablet, one can instantly upload and share the images on social media. Location tagging of the image can also be done.