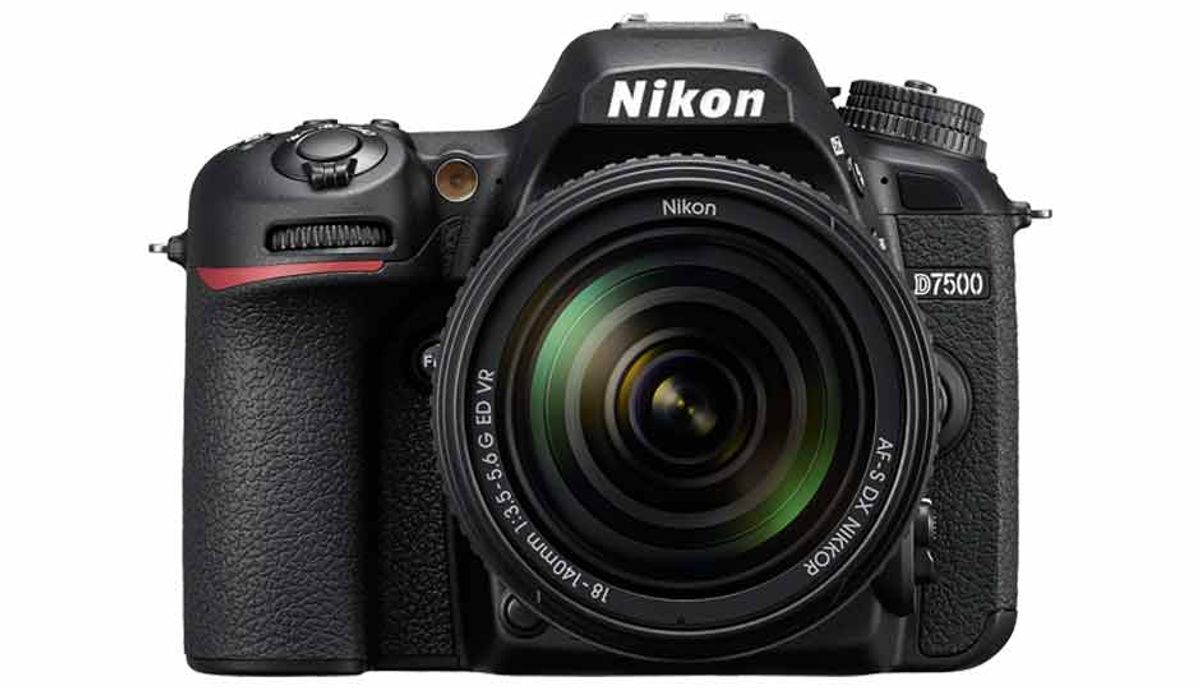 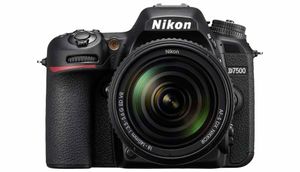 Nikon D7500 is a DSLR camera that comes with 20.9 MP DX Format image sensor coupled with EXPEED 5 image processing engine,that takes your pictures and videos to the next level. It has a Monocoque design and extensive weather sealing to withstand moisture, dust and some heavy use. It supports 4K Video recording, 4K Ultra HD time-lapse movies and GPS and Bluetooth. The highlight of the camera is Nikon’s Snapbridge, which lets the camera automatically transfer images to a user’s smartphone, thanks to its WiFi and NFC connectivity. The D7500 incorporates eight types of preset Picture Control — Auto, Standard, Neutral, Vivid, Monochrome, Portrait, Landscape and Flat — which you can select before shooting, according to the subject and situation. It supports an 51 focus points (including 15 cross-type sensors; f/8 supported by 1 sensor) autofocus system, continuous shooting speed of approximately 8 frames per second and offers an ISO range of 100-51200. The camera features a 3-inch 921k dot LCD display with 170 degree viewing angle, an eye-level pentaprisn SLR viewfinder and is compatible with SD, SDHC and SDXC memory cards. Nikon D7500 uses 180,000-pixel RGB sensor to detect human faces and improve AF performance during high speed shooting.