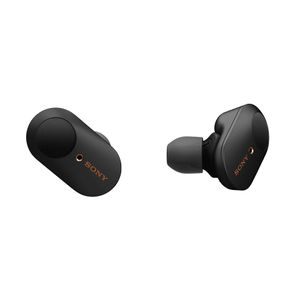 There’s not much to criticise with the Sony WF-1000XM3 since you get solid sound quality, exceptional ANC for in-ears, long battery life and a host of premium features. The only features we sorely missed were wireless charging for the case, an IP rating and aptX support. The earphones are also comfortable for most ears and can be worn for long periods without overbearing fatigue. Additionally, Sony has priced these pretty competitively in the premium true wireless segment, undercutting the AirPods Pro and Sennheiser True Momentum Wireless 2 that offer similar features. Therefore, if you are looking for a premium pair of earphones that can envelop you in an auditory bubble and immerse you with great features, the Sony WF-1000XM3 are exceptional earphones to consider, especially since they are priced under 20K. However, if you’re looking for an IP rating and something more fitness-oriented, you could consider the Sony WF-SP800N instead. 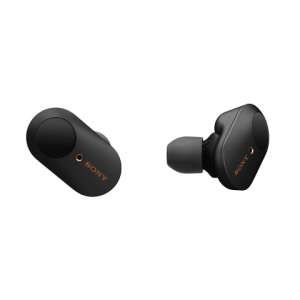 launched the WF-1000XM3 which has the same branding as the acclaimed over-ear headphone counterpart, the Sony WH-1000XM3. These earphones are targetted towards audio enthusiasts who listen to music on the go or even in the comfort of their own home or workspace. They directly compete with premium true wireless solutions from brands such as Apple, Sennheiser and Jabra. They are priced pretty competitively at Rs 19,990 (Rs 17,990 on Amazon India at the time of writing), which undercuts the price of noise-cancelling competitors such as the Apple AirPods Pro and the Sennheiser Momentum True Wireless 2.
read more