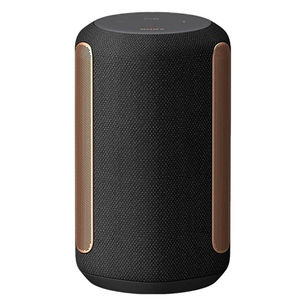 The Sony SRS-RA3000 is a well-built, feature-laden wired speaker that offers a lot for its price. It even competes with Amazon Echo or Google Home speakers due to its ability to morph into a voice-controlled speaker when connected to a smart speaker.

At the Consumer Electronics Show (CES) 2020, Sony launched premium speakers with its 360 Reality Audio technology, differentiating them from what was already on the market. The company has now launched the Sony SRS-RA3000 and Sony SRS-RA5000, boasting of this technology, in India. The former is priced pretty competitively at Rs 19,990, seeing that the speaker is massive, comes equipped with 360 Reality Audio and Immersive Audio Enhancement, and tons of connectivity options. There’s no dearth of large, loud speakers

on the market but what Sony does differently with these speakers is offer room-encompassing sound technology that attempts to fill the entire room with ambient sound by bouncing sound from the floor to the ceiling.
read more