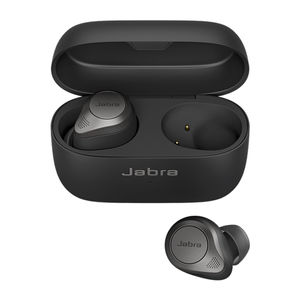 The Jabra Elite 85t are the company’s best true wireless earbuds yet, no doubt. The addition of extremely competent ANC, as well as the refinement of the sound quality, has definitely earned Jabra a place in the spotlight. If you’re looking for a pair of true wireless earbuds with great ANC and sound quality and tons of functionality, you can't really go wrong with the Jabra Elite 85t.

One of the most explosive and crowded categories in audio is the truly wireless earphones segment with launches coming in hot across several price points. While AirPods may be the go-to for Apple users, Android users can have a tough time navigating through the market due to the sheer number of choices and the lack of a go-to set of earphones. Amongst all, Jabra has been one of the most reliable brands that offer users a dependable pair of TWS

earphones every year. We were fans of the Elite 65t and Elite Active 65t and were even bigger fans of the Elite 75t and Elite Active 75t since they provided users with an amalgamation of features, decent sound quality and solid build. This is the reason we have been waiting with bated breath for the next generation Jabra Elite 85t to be launched in India. Now that we finally have our hands on the Elite 85t, let’s see how they perform. On paper, the Jabra Elite 85t seems like a fantastic pair of TWS earphones with a host of features including ANC, customisable controls, wireless charging, and others, as well as good battery life.
read more