When pondering over washing machines, note that both top-load and front-load machines have their pros and cons. However, top load machines are easier on the back and are also simpler to use as they have a conventional model type. Consumers with top loading machines rarely have to deal with mould growing in the tub, unlike users with front-load machines. They also often go easy on the pockets. To help you find the right one for your needs, we’ve curated a listed of four large capacity top load fully automatic washing machines that you can get on Amazon. Note that these products have been selected based on their listed features.

The LG THD11STB Machine comes with a six-motion control technology that moves the wash drum in multiple directions, giving fabrics the proper care while cleaning the clothes. The machine does not have a belt and pulley system, instead, it comes with the BMC motor protection that ensures a quiet and stable operation by holding onto the motor tightly. The machine has a maximum rotational speed of 780 rpm. The machine features the Smart ThinQ Wi-Fi technology which lets users wash and operate the machine from anywhere in their home as long as they are connected to the internet. The Smart ThinQ app also lets users diagnose the machine’s problems easier to find out what is going wrong in the event of a breakdown. The machine has a stainless-steel drum, which should ensure the elimination of bacteria, germs and rust, making it more durable. The machine features a steam wash which easily sterilises bacteria and removes dust mites, and pet and pollen allergens from the clothes, according to the brand. It also features a Tub Clean technology which thoroughly sterilises both the inner and outer tub. The machine also has a child lock feature that prevents your child from tampering with the settings. The auto-restart feature keeps the machine on track even after a power outage and lets it continue where it left off after regaining power. It also has a jet spray for washing off the dirt and excess detergent. The inverter technology on the machine detects the load placed in the machine and optimises the speed of the rotations, saving power and making it safer for the machine too. The in-built heater feature heats the water as per the selected wash program.

The Samsung WA90T5260BY/TL is a top-load fully automatic 9kg washing machine that runs on the Wobble technology, ensuring your clothes are washed gently, without the twisting, tangling and knotting of clothes. The soft-curl diamond drum design should protect your clothes from damage when they hit the walls. The 5 water level features make sure that the device uses as little water as possible, with the company claiming that it doesn’t use over 28 gallons per cycle. Thus, its energy-efficient performance has earned it a 5-star energy rating. With 9 wash cycles, namely aqua preserve, delicates, eco tub clean, energy-saving, jeans, normal, quick wash, rinse + spin, and super clean, the Samsung WA90T5260BY/TL should be suitable for all types of clothes.

The Whirlpool Fully-Automatic Top Loading Washing Machine has a 6th Sense Tumble Care technology with a 360˚ Tumble Motion, which makes the clothes rub against each other, thereby ensuring good results. The machine features Care Move Technology which provides gentle wash movements combined with hot concentrated showers to deliver front-load like care in a top-load device. The in-built heater in the machine ensures a 99.9% germ and allergen-free wash, according to the brand. This is because it automatically senses the load and heats the water up to 60°C resulting in a germ and allergen-free wash. The hot catalytic soak mechanism of the machine soaks clothes in concentrated detergent water to loosen the dirt before the agitation of the garments begins. To do so, the mechanism uses 1/3rd of the quantity of water used by other machines to create a high-detergent concentration. This machine lets users experience better drying results with four unique levels of drying for different types of clothes. The smart softener dispenser automatically dispenses detergent during the rinse cycle, ensuring that the clothes are not just clean, but soft and fresh as well. The machine features smart sensors, a smart lint filter and smart detergent recommendation to make it a great option. The Express Wash feature reduces wash time for lightly soiled clothes, thereby saving energy and detergent. It has a capacity of 12kg and it delivers a maximum rotational speed of 740rpm.

This top-load fully automatic washing machine from Samsung has a large capacity of 16kg, which should be ideal for a family of four–five people. It uses the Wobble technology which cleans clothes with pulsating motions, preventing any tangling or knotting up of fabric. The washing machine has a 5-star energy rating as it uses less detergent with its magic dispenser feature, and also lowers carbon-dioxide emissions during operations. The aqua preserve feature allows it to use less water to clean your clothes, adding to its promise of being energy-efficient. With multiple modes such as quick wash, intensive wash, delicate wash and super clean wash, this washing machine should be able to handle different fabrics. 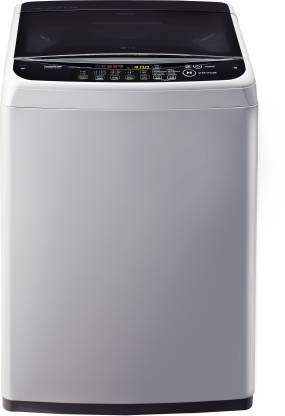 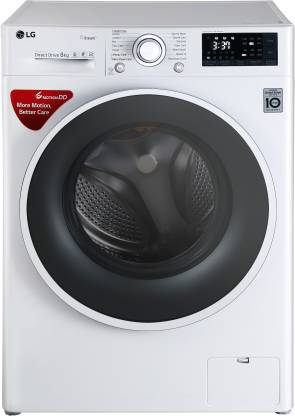