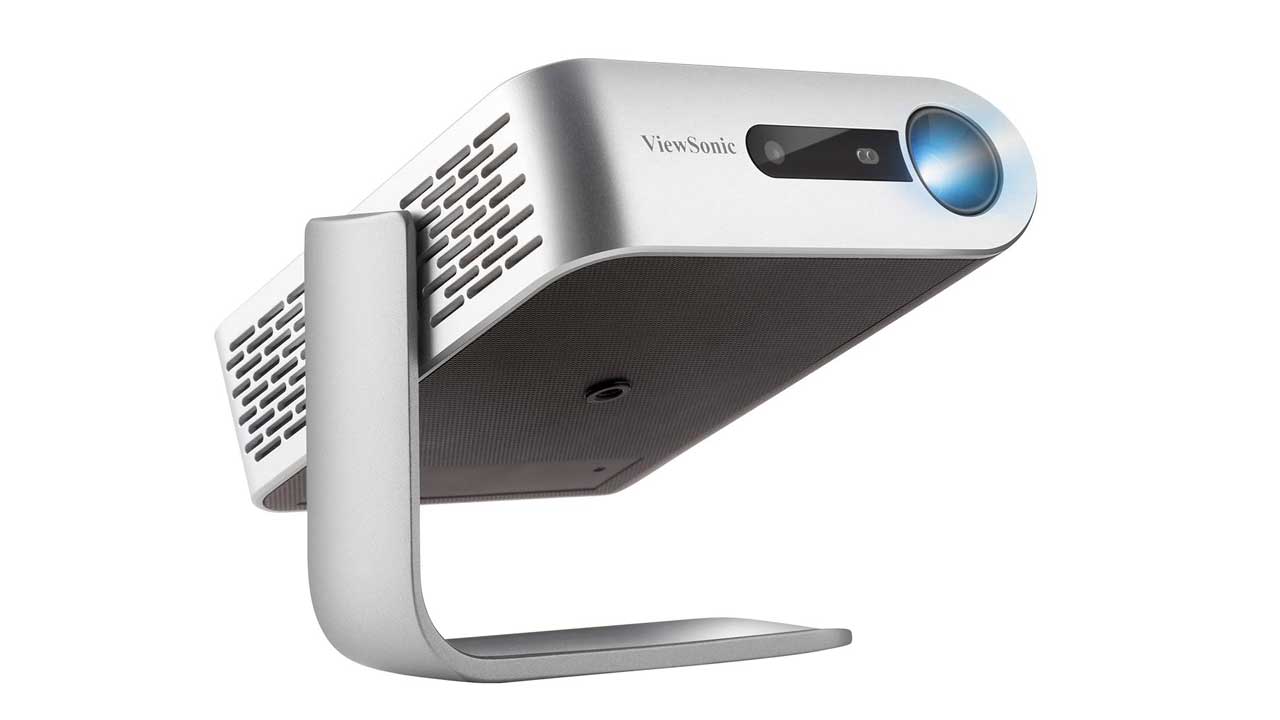 Gone are the days when the term projector meant bulky devices that were incredibly hard to carry around. Thanks to DLP technology, you now have compact projectors that are quite lightweight and easy to carry around. The compactness of a projector has reached a stage where you now have pocket-sized projectors that are just slightly bigger than your palm. Such projectors enable you to use them whenever you want, be it in a tent you’ve set up on your forest hike, an open area with a wall or even your friend’s house. You now do not have to worry about carrying projectors weighing 4-7kg around. If you have been thinking of getting a pocket-sized projector, then here are some of the best compact projectors on Amazon that you should consider buying.

The Canon Rayo 15 is one of the most efficient portable pocket-sized projectors in the market, weighing only 260g with dimensions of less than 11.1x11.1x1.7cm. The battery life of this projector should give you 120 minutes of playtime under optimal light conditions, as per company claims. You can now project your pictures or movies on a wall, tent or anywhere you want when you are on the move. It also comes with a tripod stand, which allows you to set the projector at the right angle with ease. With 100 lumens projecting the images, you should be able to get 50-inch images with WVGA resolution clarity.

The LED light sources should last for close to 20,000 hours according to Canon.

The Anker Smart Portable Pico is one of the better designed wireless mini projectors in the market thanks to its aesthetics and functionality. First things first, you are not only getting a mini projector here but a portable speaker as well. With DLP’s advanced IntelliBright algorithms, you should get incredibly vibrant and crisp images that are 100 inches long, diagonally. Add to that the 360-degree sound output through its speaker, allowing you and your friends to enjoy the show. Furthermore, with built-in Android 7.1, you can now stream shows on Netflix, Amazon Prime Video, YouTube and other applications with ease. One more thing to note here is that it gives you 4 hours of battery life under optimum light conditions, according to the brand.

The View Sonic M1 LED is an ultra-light portable projector that comes with Harman Kardon speakers. You can now easily set up your projector in any room or even the outdoors with the short-throw lens being able to project 100-inch images from a distance of 8-9ft. You can now carry it around and project your presentation in an urgent client meeting or just to chill at your friend’s place while watching a movie. Also, it gives you 6 hours of battery life under optimal conditions, according to the company, which should be good enough for you to run a movie or two with ease. You can charge the projector with a Type C charger. You can connect most devices with multiple input options such as USB, HDMI and more.

To get 3200 lumens working in a mini portable projector is not so common and that should give you an idea about how efficient this projector is. With a contrast ratio of 3000:1, the projector produces bright light with vivid colours in all your images. You get images at a native resolution of 1920x1080p, which is again a luxury in such portable mini projectors. This projector comes with multiple connectivity options with various ports to support HDMI, USB, 3.5mm audio jack and so on. Furthermore, with both Wi-Fi and Bluetooth connectivity available, you can now easily connect your device wirelessly in a hassle-free manner. Also, it comes with 1GB RAM and 8GB ROM and supports Android 4.4 to give you access to various apps as well.