55-inch TVs for those on a budget 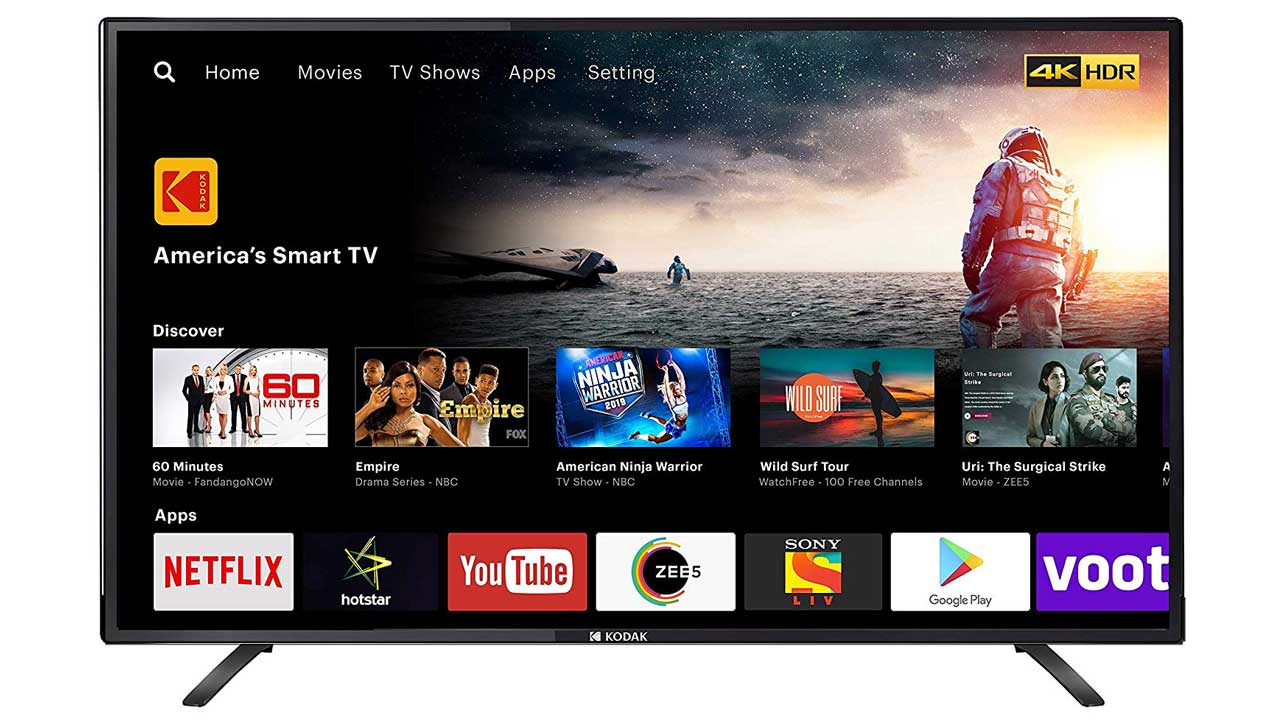 There was once a time when a 43-inch or a 49-inch TV was considered to be the standard for a large TV experience in a living room. But today, that has changed. Now a 55-inch TV is a norm for a large screen experience in the living room. If you thought you’d have to spend a lot of money to get a good 55-inch TV, then we say, think again. There are a lot of options available on a budget. Even though these TVs are on a budget you can expect some of them to bring unique UI elements, some smart features and support for 4K and HDR. So here is a look at some 55-inch TVs on a budget that are available on Amazon.

If you are on a really tight budget, then you should consider the Shinco 55-inch TV. It runs on AOSP, but the company has implemented its own Unilwall UI to give you a smooth experience. Thanks to the Uniwall UI, the TV promises 1500000+ hours of content from streaming services. The TV has a 4K resolution with a refresh rate of 60Hz. It also supports HDR 10. The TV also comes with 3 HDMI ports and 2 USB ports to cater to your connectivity needs. It has front-firing speakers with an output of 20W. It also gives users 7000+ free movies in 16 different languages with the MOVIEBOX App.

This TV from Kodak has a 4K resolution with a refresh rate of 60Hz. For connectivity, it has 3 HDMI ports and 2 USB ports. The TV runs on Android but it isn't Android TV, rather, AOSP (Android Open Source Platform). It has an IPS panel which gives the TV wide viewing angles. It supports Wi-Fi as well as an ethernet port for you to connect the TV to the internet. The TV also supports MiraCast to let you stream content from the comfort of your smartphone to the TV. Under the hood, it has 8GB storage and runs on a quad-core processor. For audio, it has 20W of sound output.

The Mi LED 4X has a 55-inch 4K panel with HDR support. The unique thing about the Xiaomi TV is that it runs on Android TV. Apart from giving users access to the Android TV UI, it also gives users access to Xiaomi’s PatchWall UI. Users have access to content across streaming services like Netflix, Prime Video, Hotstar and 16 more service providers. The TV comes with a minimalistic remote control which has dedicated buttons for Netflix and Prime Videos. It also has a dedicated Google Assistant button. From the convenience of the remote control, users can switch between the PatchWall UI and the stock Android TV UI. For connectivity, the TV has 3 HDMI ports and 2 USB ports.

The TCL 55-inch TV runs on Android TV out of the box giving users access to most popular streaming services. It has a 4K display with a refresh rate of 60Hz and support for HDR as well. Since the TV runs on Android you get access to the Google Assistant and Chromecast built-in. The remote control that comes with the TV has a microphone so you can access the Google Assistant on the TV from the comfort of your TV remote control. Thanks to the OTT services, users have access to thousands of hours of content to stream. For connectivity, the TV has 3 HDMI ports and 2 USB ports to connect devices like a gaming console, set-top box and more. The TV also supports Bluetooth connectivity.