Ever since 2016, MacBooks have been doing away with traditional USB-A ports to house USB-C ports. Here’s a list of the best USB-C adapters for MacBooks 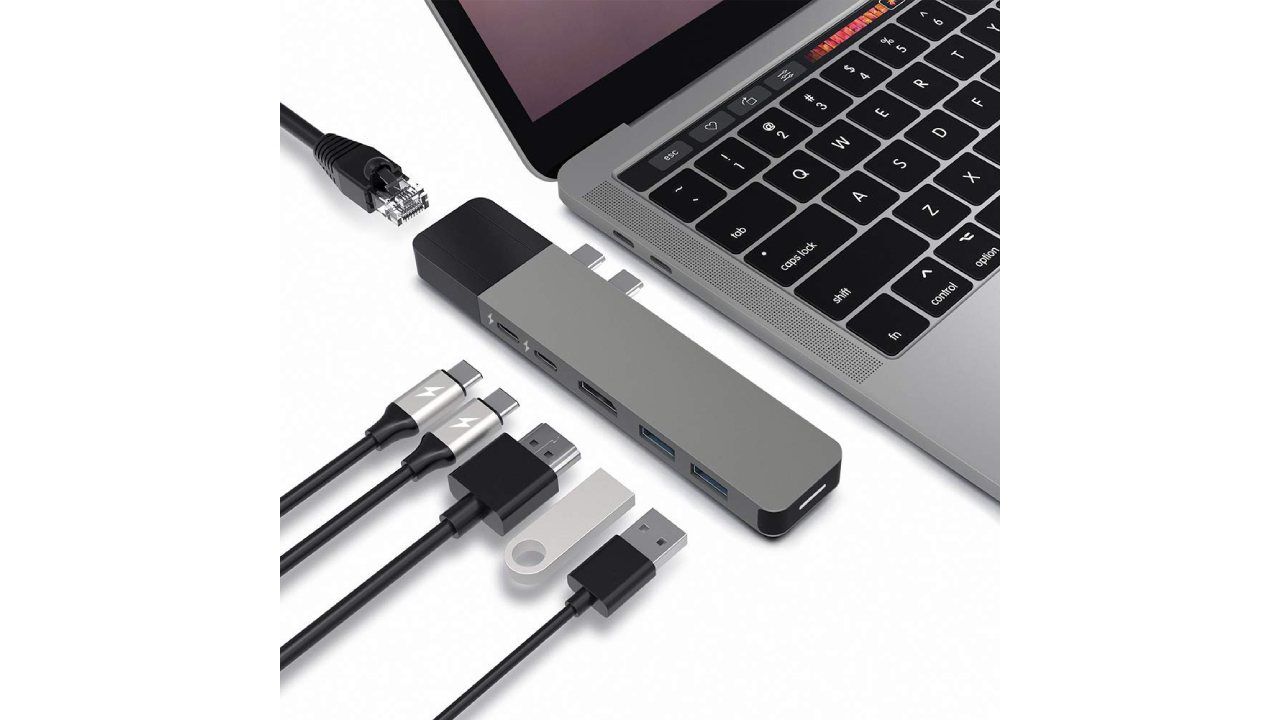 Over the past few MacBook generations, Apple has been doing away with traditional USB ports to make way for USB-C ports. USB-C ports are more versatile and add functionality to a laptop, but they are a bit expensive, and not everywhere yet. USB-C ports allow faster data transfer rates and are more adaptable in that they can even power displays and external graphics cards. Chances are if you have a MacBook which came after 2016, you need a USB-C adapter for using regular pen drives, SD cards, plugging in ethernet cables, powering up displays using HDMI and all that. So, with convenience in mind, here are some of the better USB-C adapters for MacBooks that you can find on Amazon.

This is a USB type C adapter which will make use of both the type C ports on the left side of your MacBook. The adapter plugs into both the ports for sturdiness as it is a bit bulky since it houses a total of 6 connections. The adapter comes with support for HDMI cables, two traditional USB ports, and two USB-C Thunderbolt ports. Furthermore, the adapter also comes with a LAN port, which can support data speeds up to 1Gbps. If you’re someone with data on loads of different pen drives, hard disks and other external storage devices, then the adapter is a must-have for you. The adapter sits flush with the side of your laptop, which gives it the look of an extension rather than an external adapter.

This offering from Microware is one that offers a more versatile range of connectors. On MacBooks, plugging in an SD card was pretty standard, but now that Apple has removed the port, not much can be done. The Microware USB C Hub comes with support for not just SD cards, but MicroSD cards as well. Apart from that, there are two USB-A 3.0 ports which enable fast data transfer rates and speeds. There is a single USB-C pass through on this hub which is also a Thunderbolt port, which can support speeds up to 40GBps. The adapter also gives you access to the good ol’ 3.5mm audio jack, along with an HDMI 2.1 port which can support 4K UHD outputs.

Here is a USB-C adapter for MacBooks which is compact and houses a range of ports for connectivity convenience. On this hub, you’ve got an SD card reader and a MicroSD card reader, a USB-A port, a 3.5mm jack, an HDMI out port for display output up to 4K. There is also a USB-C port on the adapter itself, meaning that you’re not losing out on any of your ports while this adapter is plugged in. Since this compact USB hub uses only a single type C port, you can also hook it up to an iPad Pro, or one of the new iPad Airs to extend the functionality of the devices.

The Belkin USB-C multimedia hub allows MacBook users to connect multiple devices by using just one Type-C port. It has two USB A ports, an HDMI input, Ethernet port and an SD card reader. The adapter also supports up to 60W passthrough charging so you can easily power your phone quickly by plugging it into the adapter. Belkin's multimedia hub is fairly lightweight and has a wired design that makes use of a Type-C port. This adapter is compatible with both macOS and Windows laptops.