Put an end to oily fumes and toxic smoke in your kitchen with these top kitchen chimneys that come along with touch and motion sensor control. 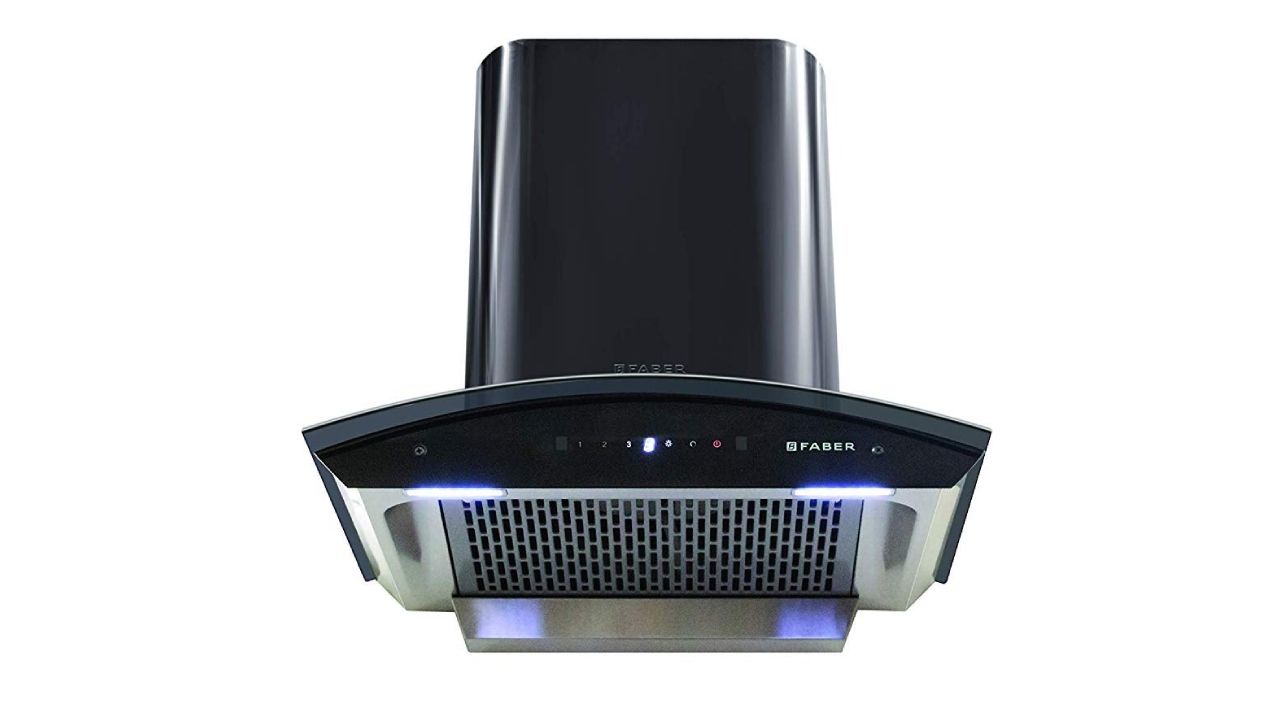 A kitchen is a mindful and creative space if it isn’t filled with soot, oily fumes, and smoke. Your culinary juices won’t flow if all you can sense is oil accumulating on walls and ceiling. To eliminate this greasy issue once and for all, you must take a look at kitchen chimneys. These devices can suck every drop of oil and every ounce of smoke as soon as they are released, ensuring you can relish the fresh aroma of your delicacies! However, don’t just go for the first variant you see on the marketplace. It is recommended to shortlist only those models that have a touch and motion sensor control as it would make its operations seamless and easy. Plus, make sure the handpicked chimneys have an oil collector for easy cleaning. Following are a few good options of kitchen chimneys on Amazon that feature touch and motion sensor control.

The Faber Kitchen Chimney comes with motion-sensing technology that enables easy operation by a wave of your hand. Featuring a filterless mechanism, you won’t have to change its filters from time to time, ensuring minimal maintenance costs. However, the highlight of this chimney is its thermal auto-clean function, which helps clean the oil and other residues without any manual intervention. This is supplemented with an oil collector cup that can accumulate the waste by-products of oils, helping keep your chimney clean. Powered by a robust motor with a suction power of 1200 m3/hr, rest assured the chimney would maximise airflow and eliminate the unhealthy smoke. Apart from these features, the appliance also incorporates a 3-speed touch switch and a curved glass design.

The Elica Chimney comes along with two baffle filters, which can remove smoke and airborne grease from your kitchen in little to no time. It works on motion sensing technology through which you can give commands by a wave of the hand! With a suction capacity of 1425 m3/hr, the appliance makes sure that your kitchen remains grease-free. Plus, it also has a trendy touch control panel that will give you easy access to all of the features of the chimney. You won’t have to worry about cleaning it manually as it has a heat auto-clean technology that can eliminate the sticky oil particles inside the chimney and collect them in the oil collector placed right below. This kitchen appliance also has 2 LED lamps that have been designed to grant ease during cooking!

The Hindware Nadia Kitchen Chimney sources its power from a strong motor that can create a suction capacity of up to 1200 m3/hr. This makes it suitable for those households where heavy frying and grilling takes place on a daily basis! To provide optimal suction, the appliance doesn’t have any filters. It only has a screen that prevents direct contact between the motor and the blower assembly. In terms of cleaning, the Hindware Nadia Kitchen Chimney comprises auto-clean technology and an oil collector, both of which help in doing away with the hassle of manual cleaning. In addition to these functionalities, the appliance also has motion sensors that dispense seamless operations.

The GLEN Kitchen Chimney is a filterless chimney and features an external oil collector tray to collect the oil and grease particles. Its 150-Watt powerful motor ensures that you get a powerful suction of 1050 m3/hr, whisking away all the traces of fumes or grime in seconds from your kitchen. The chimney also has smart motion-sensing technology that enables easy operation by a simple wave of a hand. To make your cleaning easier and convenient, the GLEN Kitchen Chimney also has an LED lamp to brighten up the cooking area. Moreover, it boasts an intelligent touch sensor control that lets you select between three speeds, lights, and auto-clean function.