If you are starting up with music production, or have been doing it for a while, there’s one tool that is a must-have to ensure pro-level audio quality – a good audio interface. We’ve filtered the best four that suit both beginners and pros. 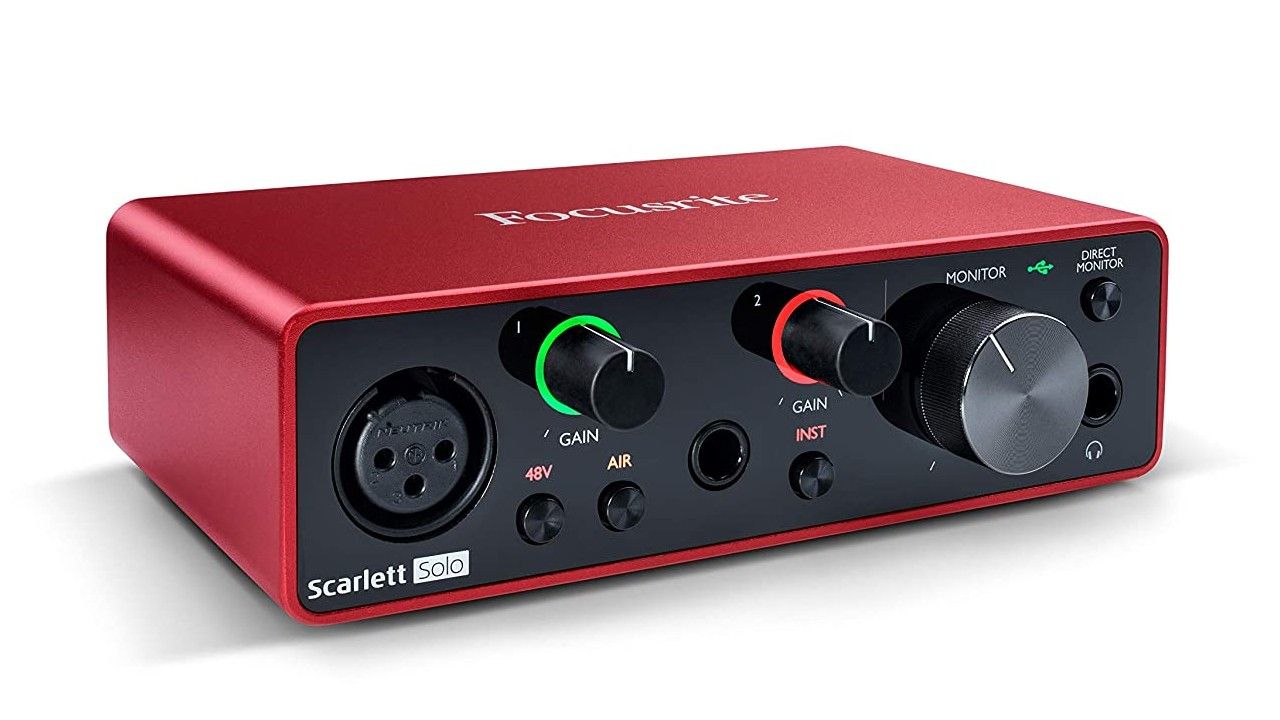 For those unaware, a music interface helps you record your audio and produce tracks without sacrificing on the quality. It offers more connectivity options and dedicated converters that reduce jitter, noise and latency with better conversion and sample rates. So if you’re here looking for an audio interface of your choice, we’ve got some help. Here are 4 of the best audio interfaces available on Amazon.

The Focusrite Scarlett Solo 3rd Gen Audio Interface has a switchable Air mode that should enable you to record dynamic sounds. Thanks to the one high-headroom instrument input, you can easily plug in your bass or electric guitar to this to record its sound. It also has two hum-free balanced outputs, using which you can expect to achieve a clean audio playback. Also, thanks to its high-performance converters, this product enables you to record audio and mix it up to 24-bit/192kHz.

The Steinberg UR12 is a 24 bit / 192 kHz USB 2.0 audio interface that features multiple types of inputs. The first is a mic input via XLR for generic use. For high impedance use, it also contains a Hi-Z input and also has two line inputs via RCA. It has 1 Class-A D-PRE mic preamp alongside +48 V switchable phantom power. The audio interface is compatible with multiple devices across platforms such as Windows, macOS, iOS. It is compatible with mobile recording through USB and also has an additional socket for the iPad.

This 2x2 USB Audio Interface allows you to plug in multiple devices at the same time – such as microphones and instruments. This enables you to record both your singing and the audio of your instrument at a 48kHz resolution. This should make it ideal for the lead singer who also plays guitar or drums. Also, you don’t need to worry about whether this audio interface will be compatible with your recording software as it’s compatible with Avid Pro Tools, Steinberg Cubase, Ableton Live and more such popular software. The two inputs and outputs are said to deliver an ultra-low latency performance, which should ensure that there is no lag in the final sound output.

Much like Focusrite, Audient is also a leader in the audio equipment industry. Out of many of its notable products, the iD14 is one of the most popular ones. What sets it apart from others is its design, that’s evidently the first thing anyone would notice about it. All its controls, switches and knobs are right on top making it seamless to access. It also adds up to the sleek look of the device. It also offers ease of use, making it beginner-friendly as well. Apart from some essential features, it also offers Audient proprietary tech that can be used to control things like DAW hosts, the mixer app, plug-in parameters and similar using the volume knob.

The Audient EVO 4 features a smart design that packs great power into a small-sized device. From just one dial, you gain control over parameters such as individuals per channel, volume, monitor mix, and gain. It features a 113 dB range on the AD and DA and ultra low latency performance. It contains headphone jacks on the front panel as well as stereo monitor outputs and comes along with a package containing the software and required plugins. The Audient EVO 4 is a great device when it comes to fundamental audio control.