Top 4 angular Chimneys for your kitchen on Amazon India

Enjoy the aroma of your kitchen creations without any oily fumes or grease with these top four angular kitchen chimneys. 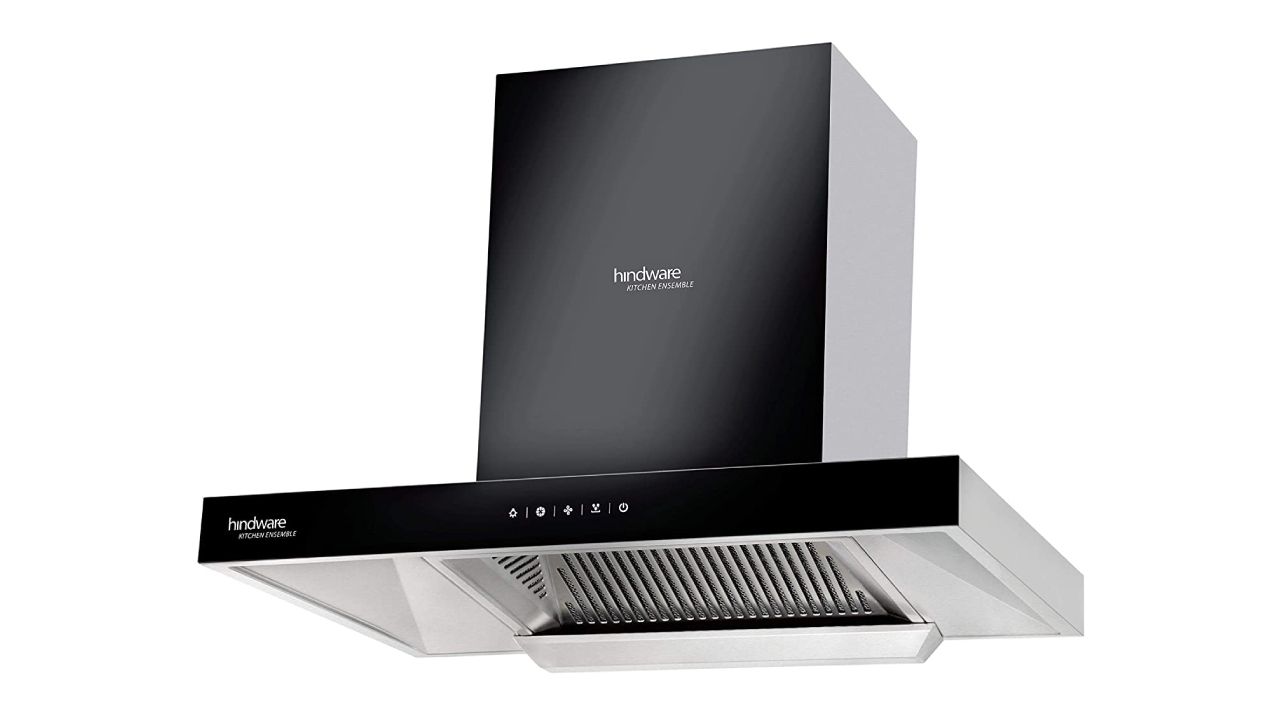 Top 4 angular Chimneys for your kitchen on Amazon India

You can’t enjoy your cooking if all you can smell is soot, oil, and grease. If you want to engage your senses with the aroma of your delicacies, you must consider buying an angular chimney for your kitchen. These appliances can suction the airborne grease immediately, ensuring your space remains free from unhealthy smoke, oily fumes, and soot. In case you are on the lookout for angular kitchen chimneys, make sure that the one you purchase has state-of-the-art technology and a durable body. Following are four good options of angular kitchen chimneys on Amazon that could make your kitchen smoke-free.

The Faber Angular Kitchen Chimney is suitable fse homes with 2-4 burners, thanks to its 1350 m3/hr suction capacity. Powered by advanced filter-less technology, the chimney makes sure that optimal airflow takes place. To make your cooking experience easier and convenient, the Faber Angular Kitchen Chimney also has multiple LED lamps. Hence, the appliance can also brighten up your cooking space! Featuring a heat auto-clean mechanism, you won’t have to clean the chimney manually. All you have to do is push a button, and that’s all! It also has an engine power of 180 watts that can manage heavy frying and grilling. Apart from these, some of its other notable features are a 3-speed motion sensor and a touch control panel.

The Hindware Angular Kitchen Chimney eliminates the need for manual cleaning, owing to its heat auto clean system. Through this mechanism, the chimney heats itself, melting the frozen oil and grease stuck on the inside. Once melted, the oil accumulates on an oil collector, making your chimney completely clean! It sources its power from a strong motor that can create a suction power of up to 1200 m3/hr. This enables it to handle even heavy frying and grilling! By producing a sound of 58 dB, you won’t even realise the appliance is working at its full capacity. In addition to these features, the Hindware Angular Kitchen Chimney also has a power-saving LED lamp and tempered glass.

The Faber Angular Kitchen Chimney works on a cutting-edge baffle filter, ideal for Indian kitchens, where 2-4 burners generally work throughout the day. It has a suction capacity of 1095 m3/hr, ensuring it can immediately eliminate the oil and smoke being released. Since it has a touch control panel, you won’t face any trouble in navigating through its different functions. Plus, with multiple LED lamps, the appliance would also make your kitchen look aesthetic and well-lit! It comprises a black finish with curved glass that can complement the looks of your interior. The Faber Angular Kitchen Chimney also delivers easy installation, ensuring it doesn’t require a lot of wires.

The Elica Chimney works on filter-less technology that gives way to a powerful suction capacity. This chimney can draw in the unhealthy smoke and oily fumes efficiently and can keep your kitchen smoke-free throughout the day. It comes with a motion-sensing mechanism, which enables easy operation by a simple wave of your hand. Hence, you could easily switch on or off and change the settings without having to touch the control panel! The best part about this chimney is that it doesn’t produce a lot of sounds (only 58 dB), and most of the time, you won’t even know that it is working at its total capacity.