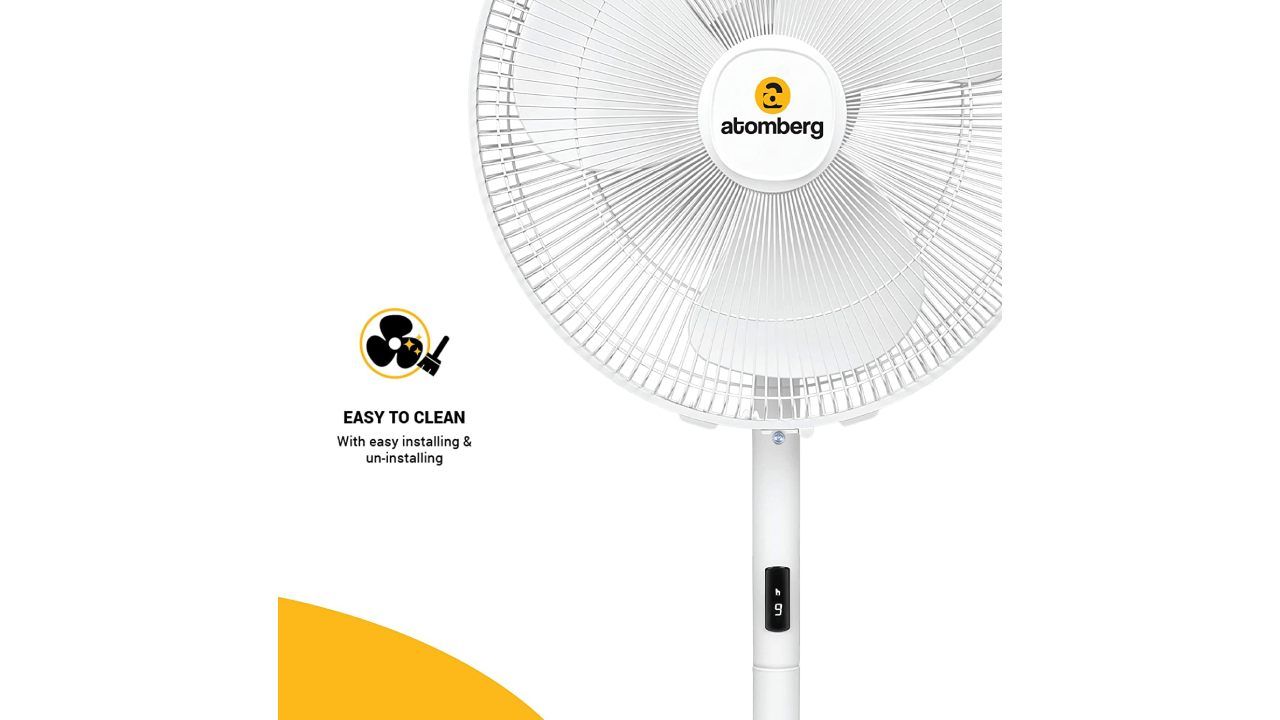 This fan from Atomberg focuses on smart and energy-efficient performance. It is based on BLDC technology that stands for brushless direct current, which means the fans consume only 32W on the highest speed and the power consumption only reduces on low speeds. Atomberg claims that Efficio+ runs 2 times longer on an inverter battery when you compare it to an ordinary induction based pedestal fan. The fan speed does not change even in case of a voltage fluctuation. The main highlight here is its remote control that has control for fan speed, oscillation and timer. Note that the fan can also be used as a table fan.

The iBELL WINDP10 Pedestal Fan comes with a 55W motor that’s claimed to last longer as it’s made with 100% copper especially for Indian weather conditions. It has five blades and the company claims that they help in lowering the acoustics so that you can have a peaceful sleep even with the fan on at full speed. Most importantly, it comes with a remote control that’s ideal for those who would like to operate it without moving from their place. The remote control comes with buttons for three-speed control, timer and oscillation.

Looking for a well designed and sleek pedestal fan with remote? The V-Guard Finesta Remote is one of the better options to consider. It offers three different speed settings, which make it suitable for different rooms and requirements. It has motorized oscillation which enables equal distribution of air in each corner of the room, and it also makes minimal noise while running, and operates in silent mode for uninterrupted sleep. It has 1400RPM fan speed. It comes with a remote control that has buttons for speed setting, oscillation and power.

Bajaj is an old and trusted name in the home appliances category, especially fans. It makes fans for ceiling, table, wall and even for industrial use. The Victor VP-R01 from Bajaj carries all its brand credibility by offering premium and energy-efficient performance. It uses 55-watt power and 450mm sweep with 1300RPM. It has three durable acrylic blades that deliver slightly better performance than that of its counterparts as per the company. Lastly, it's the remote that brings it to this list which lets you control fan speed, swing, times and power on/off.