Display your laptop’s contents on a larger screen by using a Mini DisplayPort (Thunderbolt) to HDMI Female Adapter. 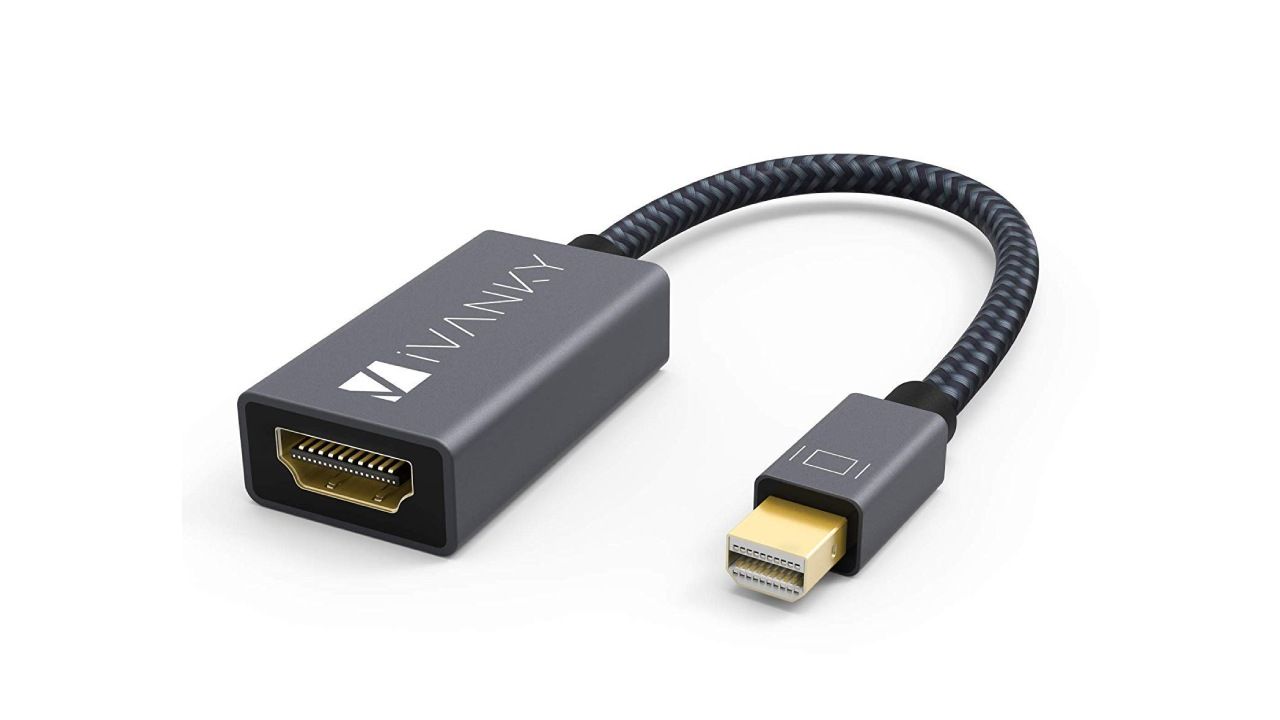 If you have older devices that are equipped with DisplayPort, connecting them to other devices, such as your TV, can be a huge hassle as most modern devices are equipped with HDMI ports. However, this doesn’t mean you need to replace your older devices if you are happy with them. Instead, you can get a Mini DisplayPort (Thunderbolt) to HDMI Female Adapter to facilitate the connection between the two devices. Here are four Mini DisplayPort (Thunderbolt) to HDMI Female Adapters that you can buy from Amazon. These have been curated based on their listed features.

INICIO Mini DP DisplayPort to HDMI Adapter allows users to connect devices, such as laptops with mini DP ports to external displays like TV and projectors. The connection should work well. The adapter has an Aluminium Shell and fabric-braided nylon cable, which makes it a more durable heavy-duty adapter. According to the brand, the high-quality braided jacket can withstand over 15,000 bends. Using the cable, one can create an extended workstation or can mirror the screen on a device with a larger display for better experience while working. The connectors are gold-coated corrosion-resistant, which ensures durability as well as precise data transmission.

The AmazonBasics Mini DisplayPort to HDMI Adapter supports Thunderbolt, which means it is compatible with Apple iMac and MacBook. The adapter connects a Mini DisplayPort to an HDMI input, ensuring that the data can be accessed on the device that has the latter port. This adapter supports up to 1920×1200 resolution and is ideal for offices, home entertainment displays, conference rooms, trade shows and more. The compact design makes it easily portable.

The RTS Mini DisplayPort (Thunderbolt) to HDMI Adapter supports 4K resolution at 30fps. The adapter is lightweight and portable. It is slated to provide a reliable connection between a Mini DisplayPort or Thunderbolt 2 port compatible computers and an HDTV, monitor or projectors equipped with HDMI ports. It has a plug-and-play feature, which makes it easier to use as you don’t have to download additional software. The adapter, however, is a passive connector, which means it can connect to only one display at a time. It is also backwards compatible which makes it even more versatile.

The BlueRigger Bundle Mini DisplayPort to HDMI Female Adapter converts a Mini DisplayPort input into an HDMI output. It delivers both high-definition video (up to 1080p resolution) and uncompressed multichannel digital audio. The adapter is compatible with the new MacBook Pro/Air (those manufactured after April 2010) as well as other devices that have a Mini DisplayPort connection. The adapter supports 12-bit per colour (32-bit all channel) channel.