LED bulbs that can change colours 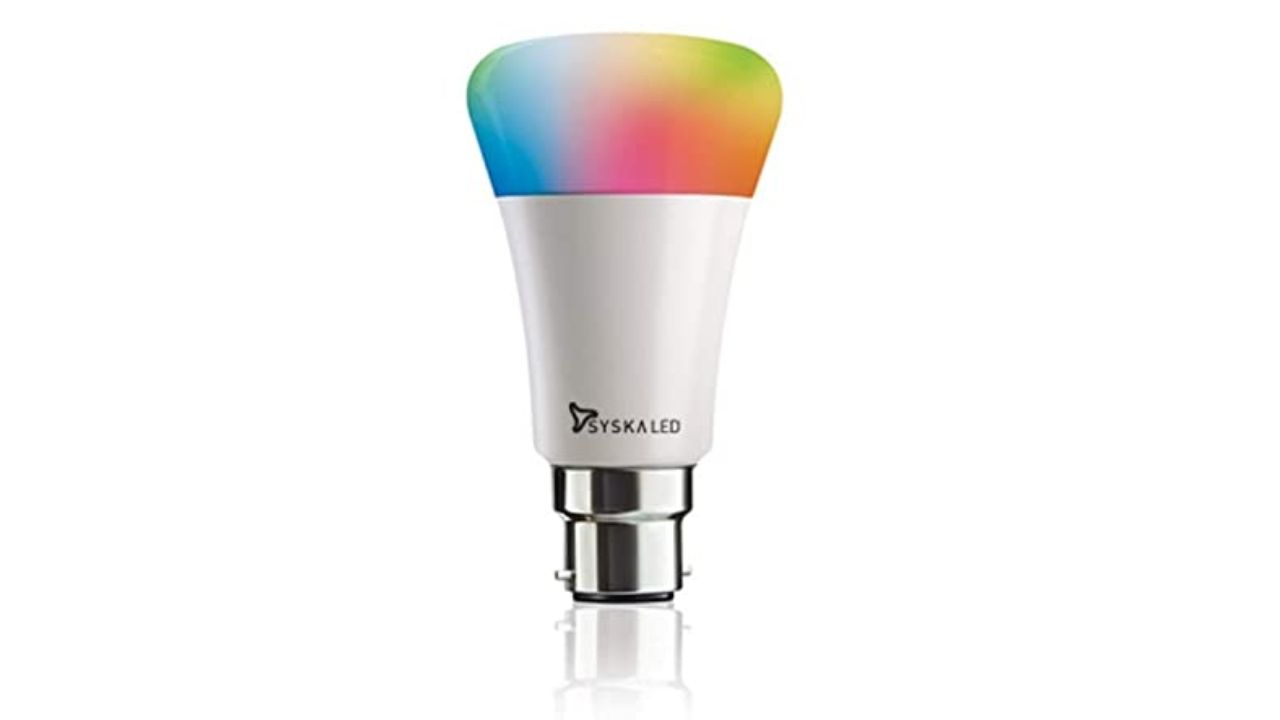 Light bulbs have seen a continuous evolution in the last decade. While the ‘yellow light’ bulbs had become history long back, it seems connected smart bulbs are the next big thing to boom and replace the standard incandescent bulb. The latest ones bring some really cool features like changing colours from a palette of 16-million shades. Smart    bulbs come in different types, wattage, and features, but with so many options flooding the market which one is the right for you? Let’s take a look at some of the options on Amazon.

The Syska 7W smart bulb is an entry-level coloured LED bulb that suits most budgets. It is easy to set up with its companion app called Syska Smart Home app. The Syska Smart Bulb works with any Wi-Fi router up to 2.4GHz, and the features can be controlled via the companion app and voice assistants like Google Assistant and Alexa. It offers 16 million shades and tones to match the light colour as per your mood and you can also pair multiple bulbs to create different mood lighting setups. It also comes with a claimed lifespan of 25,000 hours.

It is the budget smart bulb from the segment-leader Philips that can do almost everything that it’s costlier siblings do. It is very easy to set-up using the Philips Hue app. You can control the brightness, colours and power from the companion app, and using virtual assistants including Siri, Google Assistant and Alexa. It also allows you to set timers, schedules and presets as per the mood.

It’s one of the most popular options for a premium smart bulb under a budget. Like most colour LEDs the Mi LED Smart Bulb can produce 16 million colours and its temperature ranges between 1700K and 6500K. It is claimed to emit 800 lumens of light, which is brighter than most common LED bulbs with the same power rating. Moreover, the biggest highlight is that it is claimed to last for 11 years, with a usage of 6 hours per day on average. It can be set up and paired with the Mi Home app, which allows you to turn the light on/off, adjust the colour, select a mood preset or enable the transitions.

This is an unpopular brand when it comes to lighting but the Nishica Smart LED Bulb does the job just right. Most importantly, it’s very affordable and doesn’t compromise on the essential features you generally look for in a smart bulb. It comes with a 16-million colour palette, works with Google Home and Alexa-based devices, and it’s quite straightforward to use with the NISHICA app. Note that this LED bulb requires a hub to function.