Induction cooktops to cook without an LPG connection 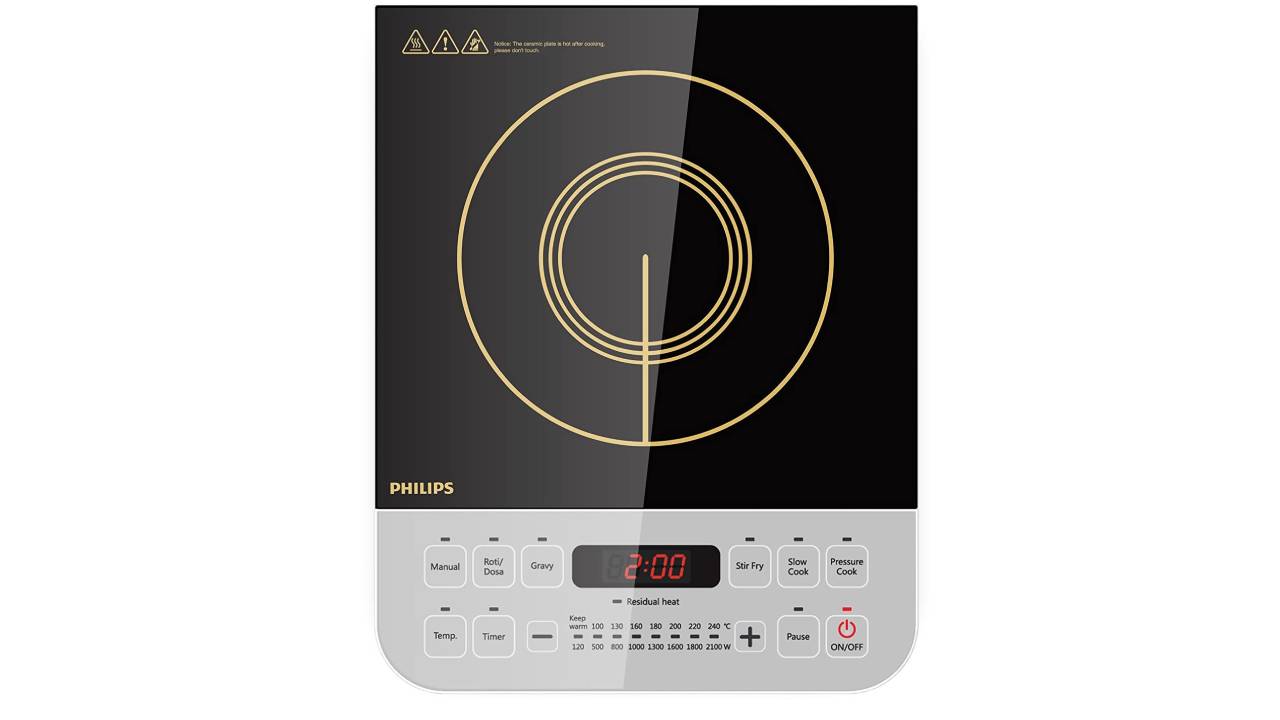 While fire has been the way humans have cooked for most of our history, in recent times there are many alternatives available. Induction cooking is one such example that has made its way into many homes. Using the power of electricity and magnetism, the humble induction cooktop offers a safer way to cook at home – one that doesn’t depend on the availability of LPG gas. As long as you have somewhere to plug it into, and enough power to draw on, an induction cooktop can be handy anywhere and anytime. Here are some unique options available on Amazon that have been selected based on a combination of features and specifications they offer.

The high 2100W power capability of the Philips Viva cooktop promises to bring the extra heat to your cooking when needed. In addition to that, the cooktop also comes with a three-hour timer, making it possible for you to execute slow-cooking recipes as well. The six preset cooking menus on the Philips Viva help you save time when opting for typical dishes from Indian cuisine. The induction cooktop also comes with a touch start functionality that makes operating it a comfortable experience. Those requiring higher power levels and longer unsupervised operation should consider the Philips Viva.

The first feature of note on the Cook Joy from Usha is the auto power-saving that aims to prevent overheating automatically. Besides, the cooktop has sensors that allow heating only when there is a utensil placed on the cooktop. These two features together make your cooking much safer on the Usha Cook Joy. The model also comes with an inbuilt safety device in the form of a metal oxide varistor to protect against voltage surge. The design also includes anti-skid feet that aim to protect against accidental slipping or sliding on the kitchen countertop, preventing dangerous spillage.

The Prestige PIC 15.0+ induction cooktop comes with full procedure computer control to give your everyday dish the optimal treatment it deserves. Its feather touch buttons are designed to prevent any water seepage into the induction. Among these buttons, you get the timer functionality as well as the pause feature, both equally critical for greater control. The cooktop is designed with anti-magnetic walls that ensure only the central part of the cooktop heats up while the rest of it remains cold. To improve its durability and increase its safety, the model also comes with Automatic Voltage Regulation.

The Insta Cook PT from Havells comes with auto-pan detection, so you don’t have to worry about firing it up while you prep. In case you forget to put anything on the cooktop, the device will automatically shut off after a while. The auto shut off also kicks in when the temperature of the device reaches too high for safety. The six preset cooking modes are optimised to different preparations. The timer function can be set up for up to three hours for longer cooking times. There’s also a convenient LED display that conveys the chosen cooking mode as well as other specifics.