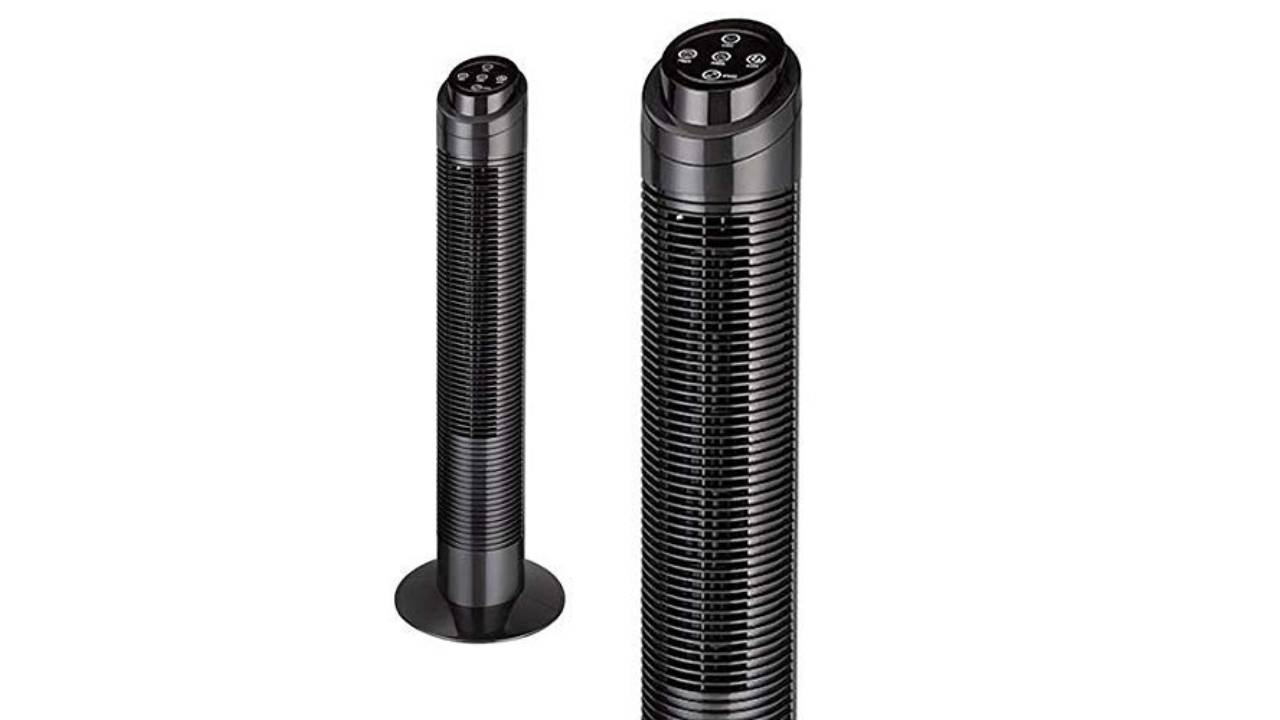 Ever since the innovation of floor-standing fans in the industry, people have jumped at the idea readily thanks to its efficiency and practicality. It is ideal for a small room where no more than two people sit. The compact and elegant designs of the tower fans make it ideal for all households. If you too are looking for such a tower fan, then make sure that you buy one that has a 90-degree oscillation feature in it. This ensures that the airflow is much better and in multiple directions. To help you find the right one, here are four such tower fans that you can get on amazon.

Here is a floor standing fan with a powerful air throw feature from VITEK. It operates on 120W to give out a powerful and cool air and has motorised 90-degree oscillation to give air in multiple directions. You can adjust the vertical louvres manually to adjust the direction of the flow.  It offers four different speed modes with options such as high, mid, low and silent. There is a touch control panel on the top with a large LED display that also shows you the room temperature and you can control the fan with its remote-control system as well. It has a self-timer of 9-hours as well, which is useful while you sleep. The stylish and sleek design of the fan allows you to keep it anywhere you want in your room.

Here is a compact and smartly designed tower indoor fan from Deco that comes with 90-degree oscillation feature to deliver a good performance. Thanks to this oscillation feature, you get superior airflow. It comes with three different speed and wind modes, and you can select them based on your needs. You can also control the same via remote control so that you do not have to get up every time to change a setting. The motor used in it is made of 100% copper, thus improving its life. You can set a timer of 7-hours while you sleep so that the fan automatically switches off in the morning. It also has the power of memory function, which stores the previous data and operates according to the settings. The elegant design of the 4ft tall tower fan makes it ideal for any household.

The Fanzart Tron Tower Fan has a powerful blower to throw air strongly. Furthermore, since it has a 90-degree oscillation function, you get better airflow. This tower fan is just 39-inches tall, giving it a compact design and is ideal for placing anywhere you want in the room. It has an LED display on the top that shows multiple data points. The tower fan can be operated through remote control, making it a user-friendly device. With a 3-wind speed mode, you can control the intensity of the airflow as you wish. The wood brown veneer finish of the tower fan makes it aesthetically pleasing to look at. In addition to all these features, the USP of this tower fan is the Whisper Quiet Technology, which ensures that the device produces sound less than 38dB, according to the brand.

If you are looking for a tower fan that has a sleek and clean look, then this Tower fan from RETRO should be a good choice. The sleek design not only makes it user-friendly with respect to space management but also acts as a cool addition to your room. The 100% copper motor gives out a 55W power output, thus giving you strong air throw. The 90-degree oscillation feature ensures that you get air in multiple directions. It has tactile buttons on the top but you can also operate the fan with remote control. It has an auto-off timer feature as well, which can be used while sleeping.