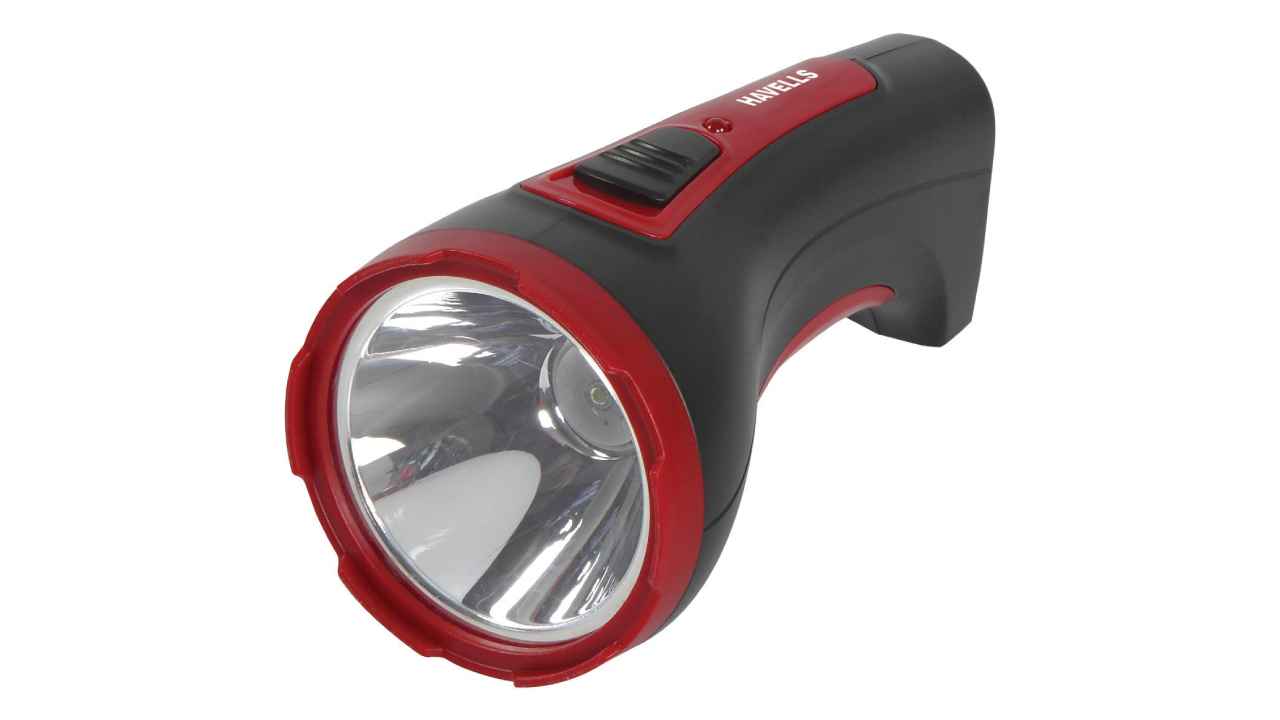 There are a variety of LED flashlights in the market that pack multiple useful features such as the intensity of light and operating time. This makes the market highly competitive. As a result, people get confused about which one to choose from among the competing brands. You should always have an LED flashlight at your home and while travelling as you never know when you will need them! Let’s have a look at this list of best-LED flashlights offering essential features, which you should consider before you decide to buy one.

The Havells Ranger 10 has a really bright 1 W LED which can run continuously for a rated up time of four hours. The torch comes in two modes, one of which runs the LED at maximum brightness whereas the other mode operates the LED at a much lower power state and has reduced brightness as well. It comes with a 400 mAh rechargeable battery and there’s a built-in plug that’s compatible with the Type-C Indian IEC wall socket.

Agni Solar Torch 2 consists of an inbuilt Solar panel that allows the flashlight to get charged with sunlight or using micro USB. The solar panel used in the flashlight is Mono Crystalline, and the battery used is 3.2 V 250 mAh LifePO4. The charging time with the sun is about 5 hours and 3 to 4 hours with micro USB. It contains 2 modes of brightness, i.e., reading and flashlight. The operating time for each mode varies from 2 to 4 hours. The torch is perfect to be used every day and during an emergency.

GOR Sun 3 LED flashlight consisting of CREE Bulb gives a bright and cool day-light colour beam. Its body is made of Aerospace strengthened aluminium and has Anodized Surface. The Anodized Surface has an O ring Sealed that makes it resistant to water, shock, and corrosion. The battery that it uses is 5.0V and 1000 mA DC and is rechargeable. It has three modes, i.e., High, Low, and Strobe. The operating time of this flashlight is 10 hours at low mode. The beam of this LED flashlight ranges up to 600 meters. GOR Sun 3 flashlight has a life expectancy of 100,000 hours.

iBell FL8379 Rechargeable flashlight is a compact and rechargeable device that you can use anytime and anywhere, making it a reliable source of light during a power outage. The torch gives an intense flashlight that can lighten up to 3000 meters. It works on batteries that can be recharged again and operates by 2-Sleeve 120 volt AC DC charger and Ni-Cd battery. Its body is made of polymer with a non-slippery rubber grip, and the lens has an O-ring that makes it resistant to scratch. The torch has a multifunction push-button used for on, off and mode change.