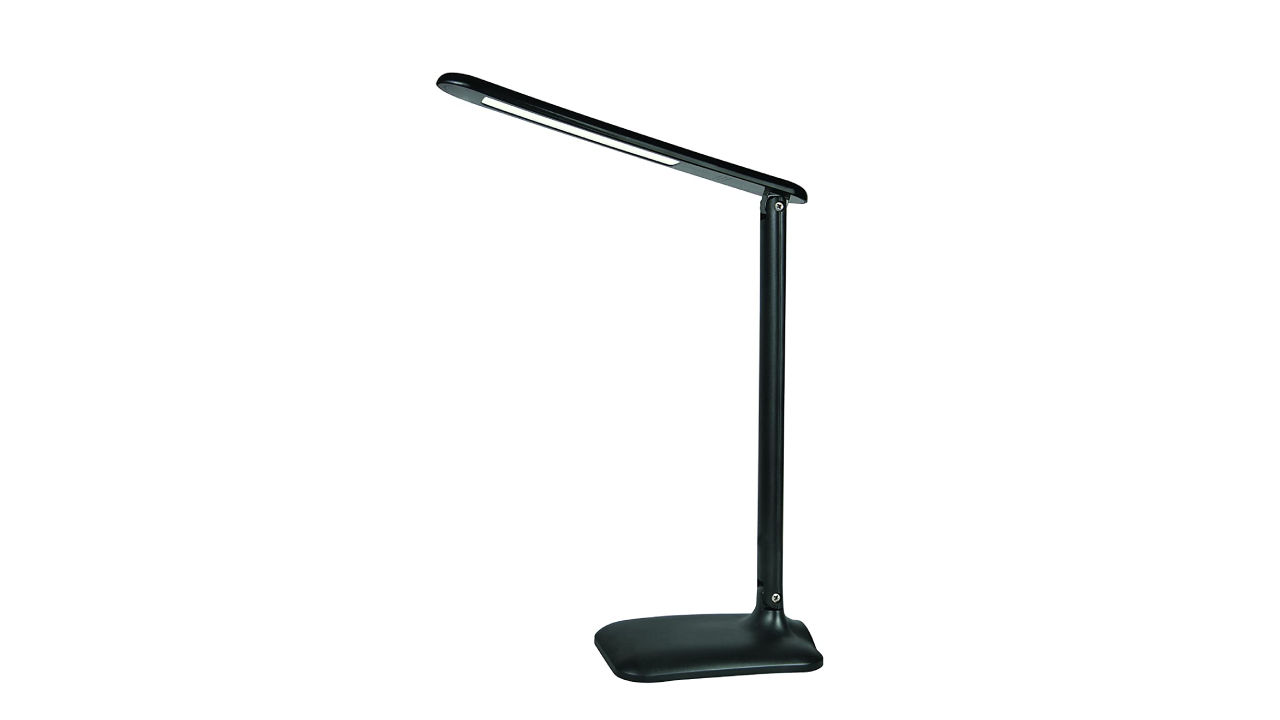 Unlike many commodities out there, the humble table lamp has been around longer than most other household appliances. It’s something that has become more of a necessity than the luxuries that we surround ourselves with. But, whereas in decades past, we used incandescent bulbs for our lamps (household lighting in general); advances in technology today permit us to save energy using LED bulbs instead. What’s more, LEDs last longer than bulbs did. Each of the following four desk lamps for computer tables (or, in general, reading tables) use LEDs as their source of light. They differ in their design and the features they sport, so choose with care before shining your spotlight on one of them.

This Philips desk light is rated at 5 watts and emits cool white light of flux 250 lumens from an ensemble of 20 LEDs. Its minimalistic, foldable design is both attractive and easy to use. (When not in use, it can be simply folded and so takes up less space.) The elbow hinge has an approximately 110° flexing angle, while the base hinge has an approximately 30° flexing angle, and so the combination of the two gives you a wide range within which you can place the lamp relative to your desk. It saves up to 80% energy compared to the standard bulb and has a CRI (Colour Rendering Index) greater than 80, which means it has an above 80% colour rendering capacity, making the objects that it lights up more accurate and life-like.

Rated at 6 watts and emitting soft, glare-free light of flux 200 lumens, Wipro’s Garnet table lamp sports a feather-touch On/Off button and a flexible gooseneck design made of tough ABS thermoplastic material. So it can be bent to change the lighting angle but doesn’t break under normal pressure. It features three-grade dimming that can modify the brightness to match the ambience of your room, with shades changing from cool daylight through neutral white to warm white light. Finally, it too has a CRI of over 80.

If you’re the kind who likes your light source to be circular, then AmazonBasics Halo is just right for you. At a wattage of 9W, its ensemble of 40 LEDs lights up your surroundings like never before. Like the Garnet above, it too comes with three-shade mode functionality: warm white, cool day and golden yellow. Its Lithium-ion battery resists heating and lasts 3.5 hours if used under the strongest light setting and 84 hours if used under the weakest one. The battery is rechargeable with a recharge time of 8 hours. (A USB charging cable is part of the unit.) Finally, this lamp has passed 34 tests, including 12 electricity safety ones and 4 performance-related ones.

OPPLE’s desk lamp emits uniformly flicker-free, and energy-efficient (20% less consumption compared to an incandescent bulb) LED light. It features three levels of brightness accessible via a touch-sensitive control panel. Its rechargeable Lithium-ion battery lasts at least 3 hours under the strongest lighting conditions. It can be charged by plugging a charging cable into the USB port at the lamp’s base. The elbow of the lamp is composed of a ball joint which can be extended to a 120-degree angle for more direct illumination. Finally, the lamp is primarily made of plastic but with a metallic texture finish to give it a sturdy look.