Chimneys to keep your kitchen smoke and grime free 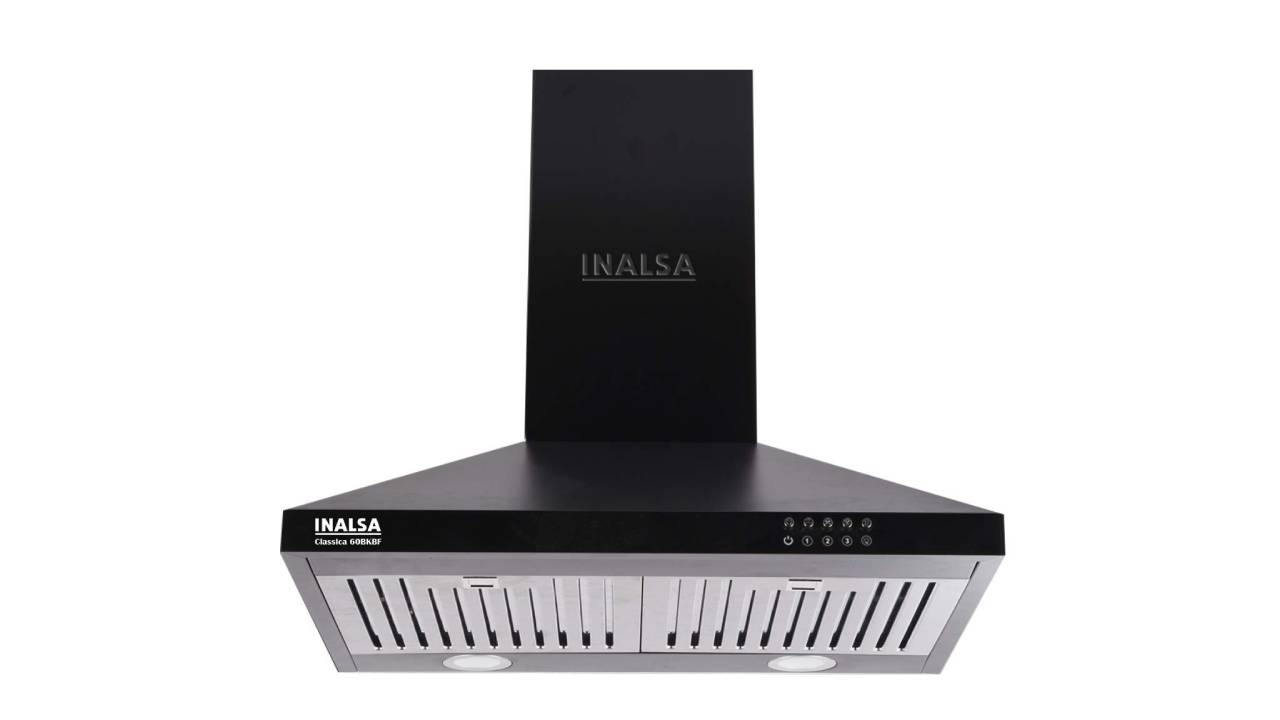 Cooking is a very opinionated topic for many. Some love it, some don’t know how to go about it, and some aren’t too fond of it. Regardless of which camp you fall into, it is still true that cooking can get a bit messy and intense with all the grease and smoke it generates. Grease can stick to surfaces on your kitchen platform and back wall making them dirty over time, while smoke can be irritating while you’re cooking. To alleviate both situations, getting the right chimney for your kitchen is a great idea. Not only do they take care of the grime and smoke, but well-designed models also add to the aesthetics of your kitchen. Here are some of the most promising picks from Amazon, selected based on their features and specifications.

With a suction power of 1200m3/hr, the Hindware Nevio 90’s specifications look impressive from the get-go. In addition to that, the chimney claims to pack metal blowers which would be good for its durability as well. The Thermal Auto Clean feature aims to enable hassle-free cleaning of oil and other residues from the insides of the motor with just one touch – making maintenance convenient. The chimney comes with touch controls that add to the overall aesthetics as well as user-friendliness. If your cooking incorporates excess oil, the Nevio 90 packs stainless steel Baffle filters as well as an oil collection cup that will definitely be beneficial.

The Elica Touch BF 60 sports a sleek design that is complemented by touch controls on the front. Dual LED lights are also part of the package, which aim to give additional lighting to your cooking process, or even add to the aesthetics of your kitchen lighting. With a size of 49x59.5x44.5cm, the Elica chimney promises to be an easy fit in most kitchens. It also packs a dedicated oil collector and baffle filter, which are good to have for better oil and residue cleaning. The three-speed motion control is said to be customisable to adjust the suction speed and power depending on what you exactly need.

Beyond the performance, there are certain advantages in appliances that can be achieved by design. The Inalsa Classica 60BKBF aims for that with a Black Powder Coated Body that is rust-resistant. The pyramid design can also add to the overall appeal of your kitchen. The model is said to operate at a noise level of 65dBA, which can ensure a quieter time during your cooking sessions. Push buttons right in front of the chimney aim to keep controls easily accessible to you. At 133W, it also claims to be power efficient while offering the same performance as any leading chimney can get you.

While most chimneys rely on a number of filters to keep your kitchen clean, the Faber chimney ditches the filters to promise hassle-free cleaning. The chimney hopes to achieve this with a uniquely positioned motor that allows the smoke and oil to pass through straight away without any chance of deposition, hence the filterless design. The wall mounting design can also make it quite secure. It also comes with the auto-clean feature, which, combined with the filterless design, actually promises a significant advantage in the cleaning process. Apart from that, it also claims a high suction power of 1200m3/hr that can be enough for even the most smoke-generating recipes you can throw at it.