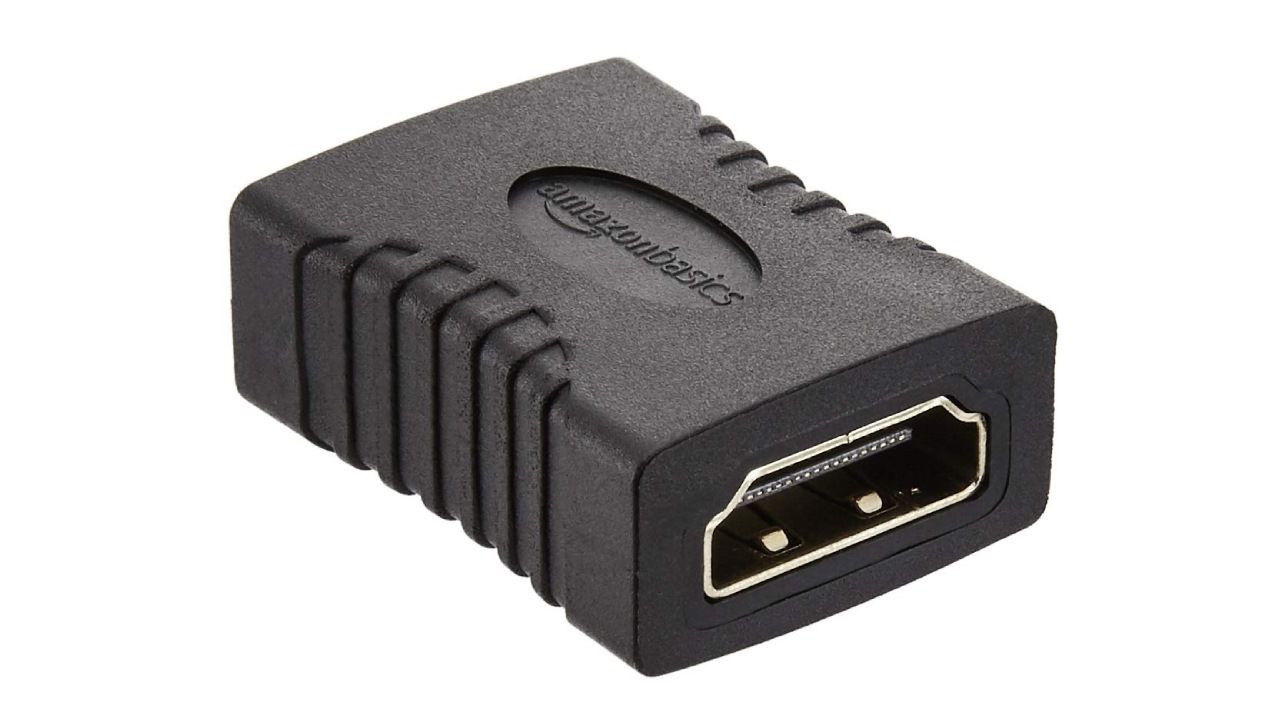 If you are setting up your home theatre or a projector, you might find yourself in need of larger HDMI cables. This is where getting a coupler can solve your problem. Basic couplers do a good job of extending HDMI cables while avoiding external signal interference. They are not suitable for supporting very high bandwidth of say 4k @ 120 Hz or 8K @60Hz, but will still work fine for basic home and office requirements. Here are a few decent HDMI couplers that you can buy on Amazon.

AmazonBasics HDMI Coupler supports 4K video at 60 Hz, 2160p resolution and 48-bit/px colour depth. The coupler supports HDMI 2.0 bandwidth of up to 18 Gbps and is backwards compatible with earlier versions. The product can be used for connecting Blu-ray players, Fire TV, Apple TV, PS4, PS3, Xbox One, Xbox 360, computers, and other HDMI-enabled devices. The device measures 0.09 x 0.07 feet in dimensions.

TONY STARK HDMI Extender Female to Female Coupler Adapter will ensure that you can effectively connect two HDMI cables. The product supports up to HDMI 1.3, so this wouldn’t be the right fit if you need to make full use of HDMI 2.0 bandwidth. It is compact, and the PCB design safeguards signal integrity. The adapter supports a display resolution up to 3840 x 2160, 2560 x 1600, 2560 x 1440, 1920 x 1200 and 1080P. It also supports Audio Return Channel, HDMI Ethernet Channel, 3D and 7.1, 5.1 Dolby digital sound pass through. The gold-plated connectors resist corrosion, and the coupler is compatible with a range of devices such as Blu-ray players, 3D television, Xbox, projectors, laptops, etc.