Basic graphics card to enable a display on Amazon India 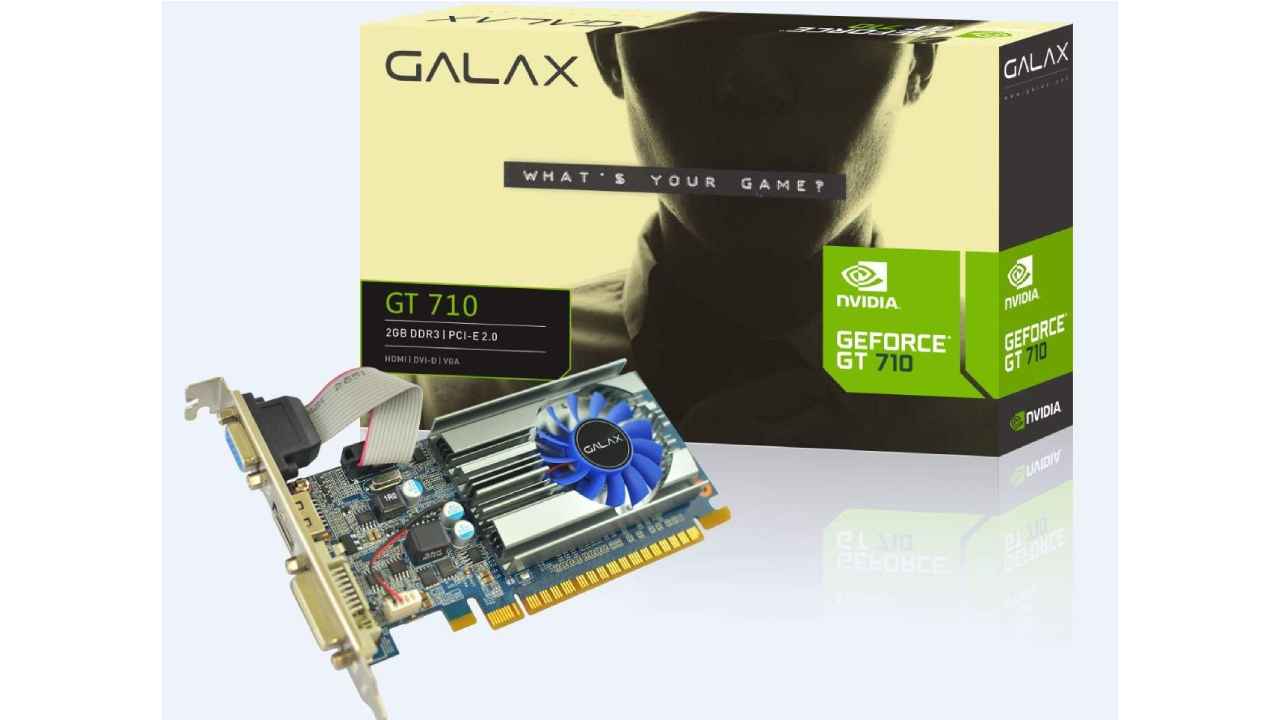 Basic graphics card to enable a display on Amazon India

Often you’ll come across a situation where your existing onboard display connector is malfunctioning and you need a functional port to connect your monitor to. Or sometimes, your computer will not come with a display connector because the processor does not have integrated graphics. Both Intel and AMD have processors without integrated graphics. In such situations, you need a basic graphics card and these PCIe graphics cards will do the job without requiring additional power connectors. Let’s make it very clear that these graphics cards are not meant for gaming with high FPS.

The ZOTAC GeForce GT 710 1GB DDR3 graphics card is a low-profile graphics card that consumes less than 75 watts of power so it can be used in any PC with a functional PCIe x16 slot. With 1 GB of DDR3 memory, you don’t get much with this graphics card but when you want a basic graphics card that gets the job done, this would be right up your alley.

The Inno3D GT710 2GB DDR3 has a very compact form factor. It’s a low-profile card like most of the ones on this list but it’s also very short. The length of the graphics card is as long as the PCIe slot so this is as small as it can get. Another added advantage is that the Inno3D GT710 2GB DDR3 has 2GB of DDR3 memory so you can run slightly larger resolution panels with this graphics card.

The GALAX GeForce GT 710 2GB DDR3 is an economical graphics card with active cooling. The GT 710 isn’t a hot GPU, to begin with, but the active cooling certainly helps keep temperatures low and that in turn goes a long way towards extending the life of your components. The GALAX GeForce GT 710 2GB DDR3 has 2GB of DDR3 memory making it capable of running higher resolutions.