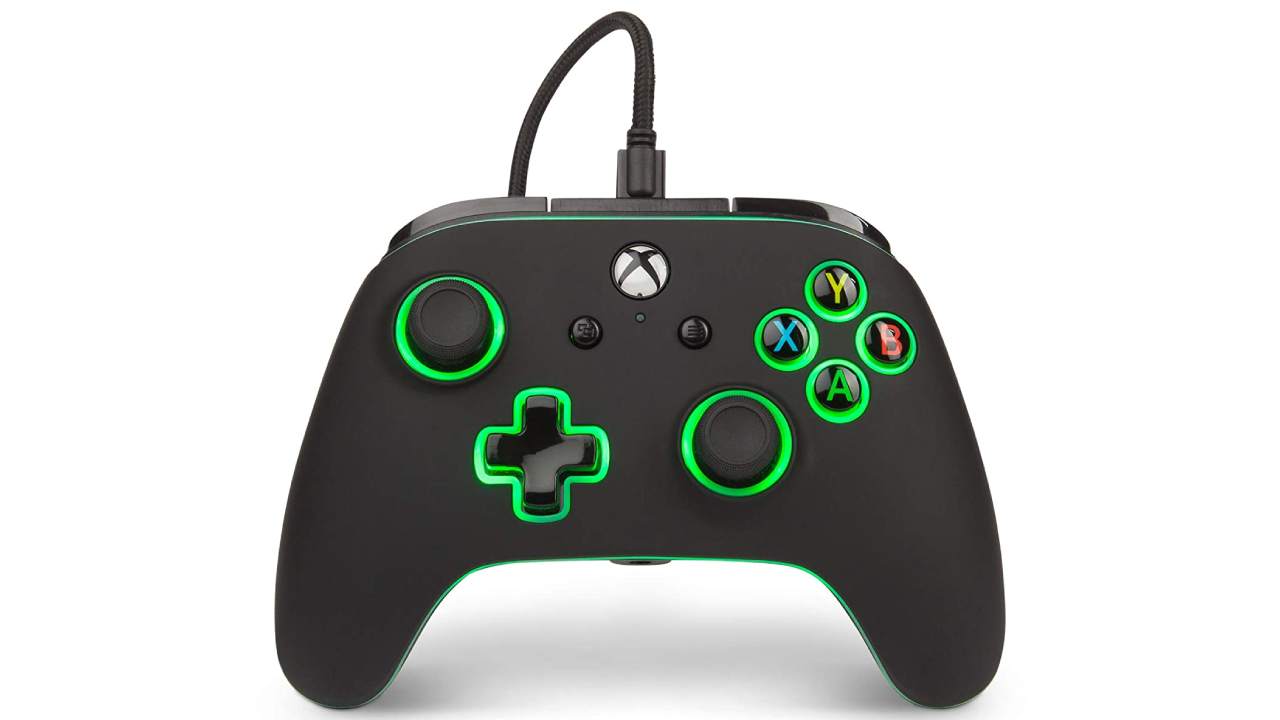 Most modern consoles like the Microsoft Xbox One come with a single controller in the box. However, one might want to get their hands on a secondary controller. A second controller not only allows gamers to play couch co-op games with friends, but also functions as a second controller if they are unhappy with the standard controller, or if that controller isn’t working properly. Here’s a look at the top four third party controllers for the Xbox One.

The PowerA Spectra Enhanced Wired Controller for Xbox One should be a good companion for your long gaming spree with the help of its rubberised finish that should ideally provide better grip and control. This controller has standard ABXY buttons, so you don’t have to customise controls every time you play a game. The controller should enhance the gaming experience with its Immersion Tech rumble motors that are meant to offer tactile feedback while you play. This wired controller has a detachable 2.4-m cable to aid with storage, or replacement of the cable, but remember that it will not function as a wireless controller when detached as Microsoft does not allow third-party wireless controllers for the Xbox.

The Hyperkin X91 wired gaming controller offers a very retro aesthetic. The shape is very reminiscent of the 90s controllers, but with all the triggers, analogue sticks and buttons that one might expect from a standard Xbox controller. The wired controller features a nine foot cable, which should ensure that you don't accidently yank the console from the table during a heated match. The controller is available in multiple colors, so you can pick one best suited to your tastes. The controller is also compatible with Windows 10, so you can use it with PC games.

The Hyperkin Duke Wired Controller for Xbox One has a 9-ft detachable USB cable, but still cannot be used as a wireless controller on the Xbox. The feature is provided for easier storage and replacing a damaged cable. This updated version fixes a lot of the complaints people had about the first, and in 2018 was actually voted controller of the year by Xbox gamers! The controller has been designed to mimic the classic Xbox controllers’ design, so that it looks like part of the overall setup. The controller vibrates to give you tactile feedback while you play, which should help create a more engaging gaming experience.

When Microsoft first entered the console race, it offered a big, fat controller that was nicknamed the 'Duke' by players. It was soon replaced by a smaller, more ergonomic controller. However, there were some who held a soft sport for the Duke. The Hyperkin Duke Wired Controller is pretty much the same as the original Duke, but it is compatible with the current generation console. One notable difference between this and the original controller is that the big Xbox logo in the center is on a display, so you get an animation when you start it up. If you are looking for a collector's item, or just something different, this controller might be just what the doctor ordered.