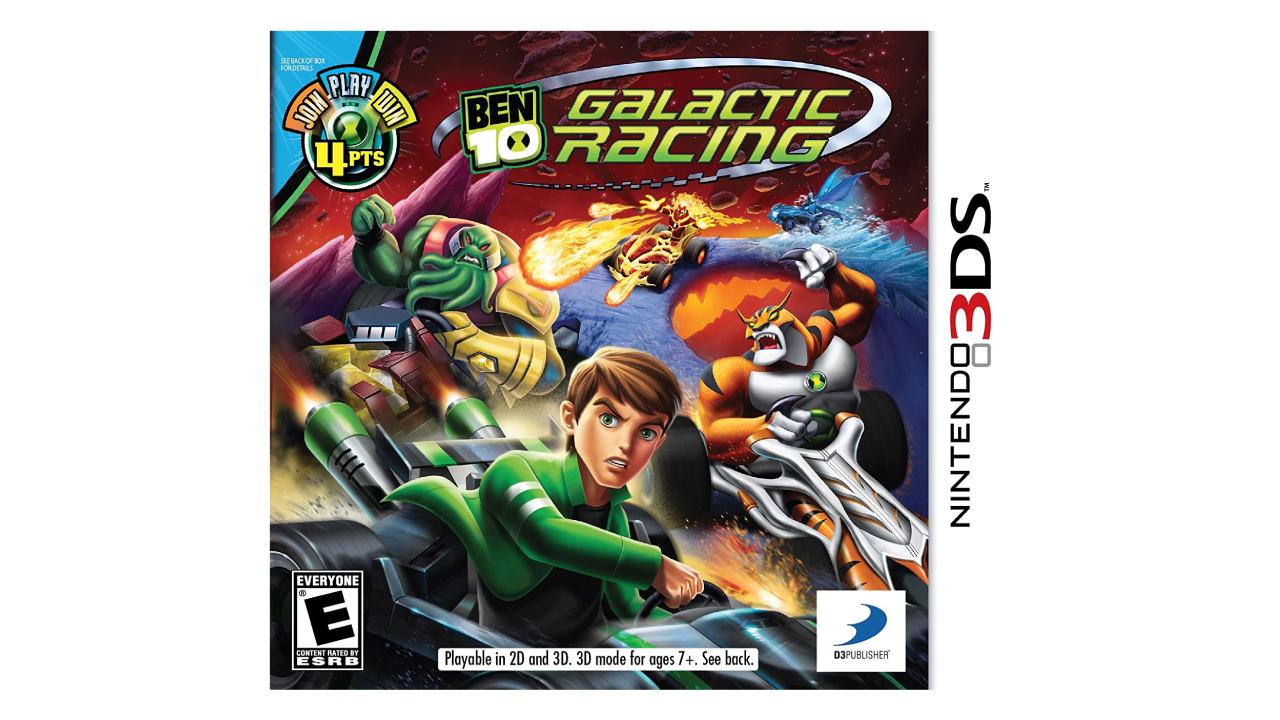 Even 10 years after its initial release, people are enjoying games on Nintendo's handheld console, the Nintendo 3DS. The console is best played with friends and family, and if you're looking for a new set of racing games or sports games to enjoy with your group, then there are some good options to pick from. The Nintendo 3DS is home to iconic game franchises, which have given birth to several themed racing and sports games. Sports games and racing games are a good way for everyone to get into the gaming action and are simple enough to be enjoyed by everyone. Such games really let you appreciate the simplicity and couch multiplayer components of the console. Here are some of the top racing / sports games for the Nintendo 3DS that you can find on Amazon.

Easily one of the most popular game series that Nintendo ever released, Mario Kart is a fun game where characters from the Mario franchise compete in races with creative power-ups and unique racetracks. From racing while airborne to competing underwater, Mario Kart 7 has visually stunning gameplay that will keep you hooked for hours. Mario Kart 7 introduces 16 new courses and has also updated the graphics and visuals of the old and previously loved tracks. From increasing your kart’s top speed using coins to upgraded drift boosts and newer weapons, there are plenty of new features for single players and online competitors to explore. The new additions, dazzling visuals, and excellent handling of the Mario Kart 7 for Nintendo 3DS make it one of the most comprehensive Mario Kart multiplayer games ever.

Developed by Monkey Bar Games and published by D3 Publisher, Ben 10: Galactic Racing is a fast-paced action game. The game follows the mechanics of other Nintendo racing games like Mario Kart Wii and Mario Kart 8. Ben and his alien friends have participated in a Grand Prix. The game features 15 playable characters, including Ben, 25 challenging tracks, 30 different karts, and five worlds. You can also share your joy with friends as Ben 10: Galactic Racing has single-player and multiplayer modes. Collect Omni-Node power-ups to charge your speed and win the tournament.

Nickelodeon Kart Racers is a multiplayer game published by GameMill Entertainment and developed by Bamtang Games. You can choose from a wide variety of options for everything, right from karts to characters to tracks. There are a total of 12 playable characters from various popular Nickelodeon series. You also have the options to choose from 24 different tracks and eight arenas. Karts are easily customisable too. Complete the races, earn coins and purchase kart parts to customise them. Hit the accelerator and race against your friends with Nickelodeon Kart Racers.

Published by Ubisoft, Sports Party takes you to the beachside to explore six different sports. The list of sports you can play includes Jet Ski, Skateboarding, Golf, Basketball, Beach Tennis, and Frisbee. You can challenge your family and friends in these sports as the game leverages Nintendo’s technology to allow four players to play simultaneously. Give your avatars a personal touch by customising them according to your preferences and choices. Gear up and hit the sofas in your house to challenge your friends in the Sports Party championship.

Developed by Bandai Namco Studios and published by Nintendo, Mario Sports Superstars is a sports video game. You will be on the journey to master five full-featured games, including baseball, horse racing, football, tennis, and golf. You can play as 16 different characters to embrace stardom. Once you have mastered the skills, head to the online multiplayer to challenge sports superstars from across the world. With the availability of single-player, local multiplayer, and online multiplayer modes for each game, you can expect a lot of thrill and fun.