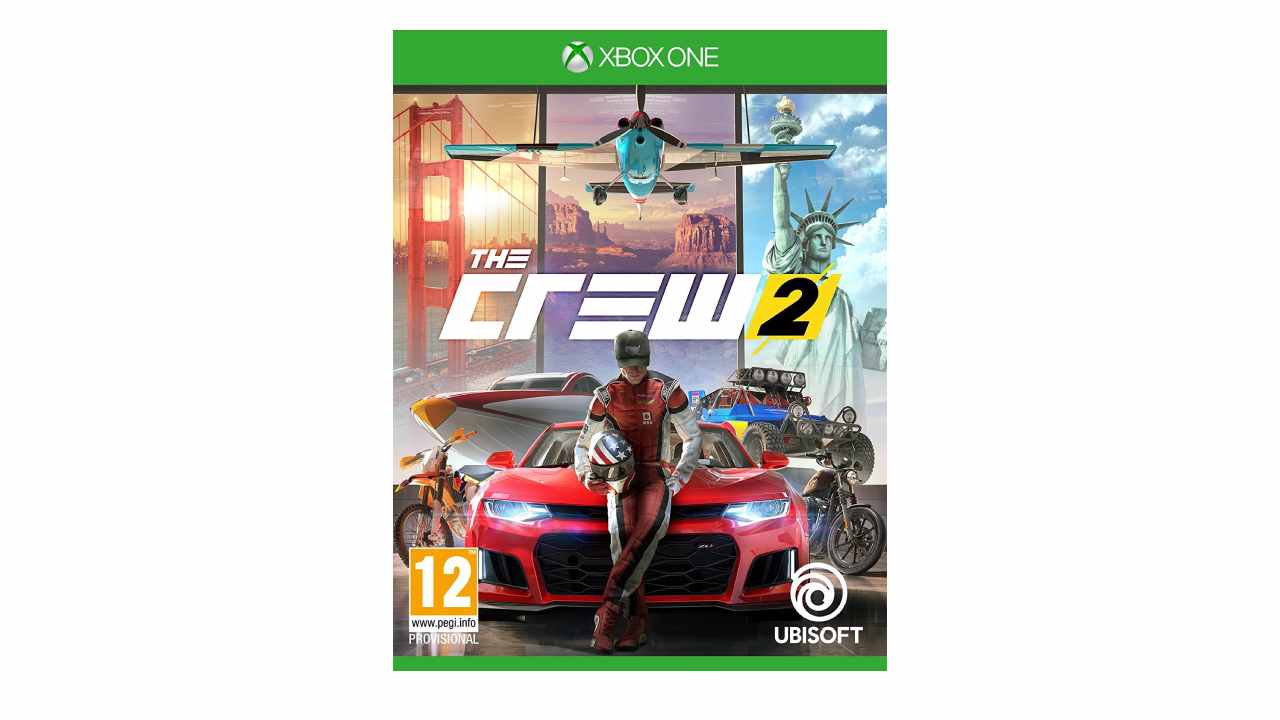 Racing games for Xbox One on Amazon India

Xbox One has been a popular choice of console for playing immersive racing games. Here are a few great racing games that are compatible with the Xbox One.

The prevalence of gaming as an activity has resulted in the rise of advanced gaming consoles like the Xbox 360, Xbox One and the upcoming Xbox Series X. Developed by Microsoft, the Xbox One is currently one of the two leading next-gen gaming consoles offering a vast array of video-game titles to choose from. Racing game fanatics are in for a treat with the Xbox One offering some of the most action-packed racing games out there. With that in mind, here are some of the best racing games for the Xbox One:

The developers at Playground Games have released their newest addition to the acclaimed Forza series - Forza Horizon 4. The game is based on the geographical topography of Great Britain, with lush green valleys, long winding roads, castles, and breathtaking scenery. Apart from its beautifully rendered automobiles and an expansive open-world to explore, the game has a ‘seasons’ feature that is rather unique. The environment around the cars changes, as you progress from one location to another. This takes place in the form of seasons that transform from sunny days to blizzards and storms. While gamers can expect new and updated content every week, they can ride solo, or team up on multiplayer.

CTR - Nitro-Fueled is the newest instalment of the long-standing Crash Bandicoot game series that revitalises the arcade-style kart racing genre with improved graphics for the Xbox One. Nitro-Fueled is the remastered version of the 1999 game and gamers can now enjoy newly introduced features such as an adventure mode with ‘Classic’ and ‘Nitro-Fueled’ variations, a racing mode, an online multiplayer mode, ‘Ring Rally’ mode, and much more. Customizable characters, new skins, karts, tracks and battle arenas, interactive cutscenes, ‘pit-stops’, and numerous new additions are also present in this engaging and enjoyable racing game.

Ride along with the newest entry to the famous Need for Speed series, with Need for Speed: Heat. With the addition of high-resolution next-gen graphics to this fast-paced racing simulator, a lot has changed with the typical chases that are signature to the NFS series. A lot of new cars that are designed to match their real-life models have been added, along with new tracks, scenery and cityscapes. What makes it unique is the ability to switch between Day and Night modes. While the day offers a legal racing mode with cash rewards and almost track-like racing, the night brings reputation rewards, along with the risk of cops on your back.

Standing as a sequel to the first game, The Crew 2 is the brainchild of Ubisoft Ivory Tower. In fact, new planes, boats and even a hovercraft have been introduced to an already diverse racing video-game that already included cars, motorcycles, monster trucks, and a lot more. Set in the United States, gamers can expect diverse, yet realistic terrain to explore. Gamers can also choose to drive one of the three categories of vehicles, such as cars, boats and planes to explore the dynamic free-to-roam mode. Although The Crew 2 lacks a compelling storyline to offer players, it delivers an all-round racing experience through challenges for each category, and an exciting variety of vehicles present in-game.