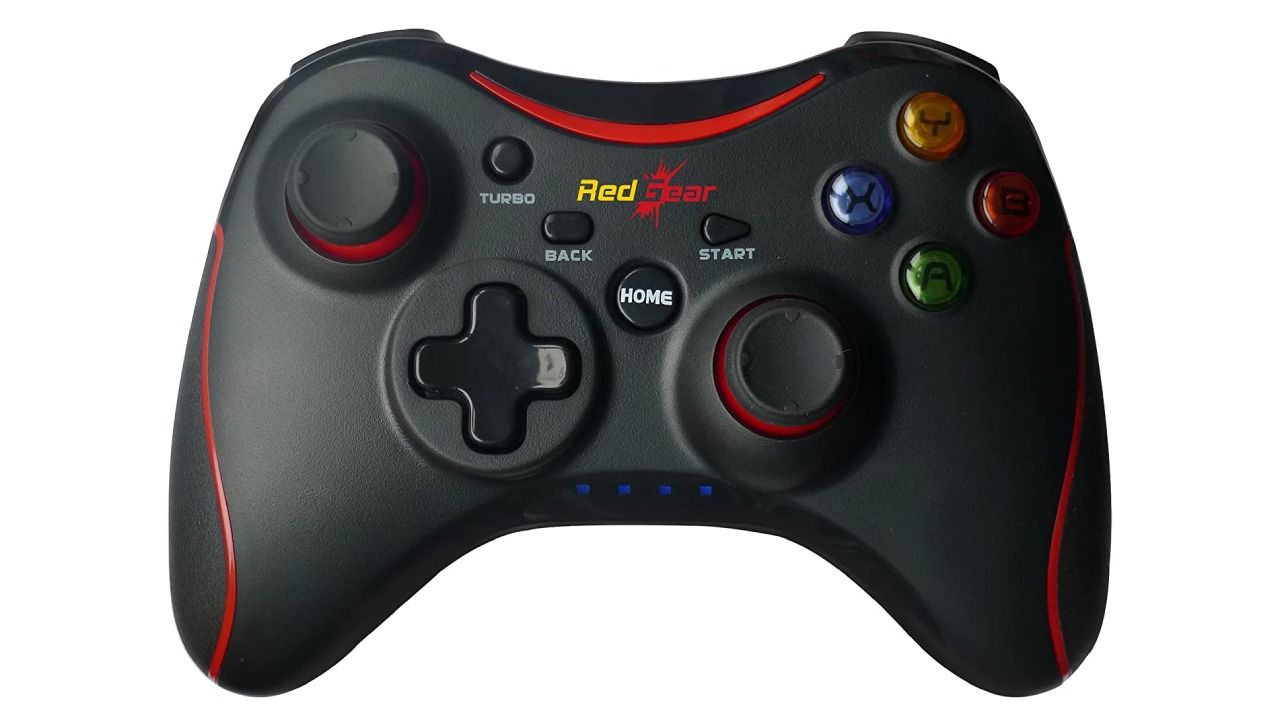 The keyboard and mouse combination is arguably the best way to play shooters as well as strategy games. However, there are certain genres which are better suited for a proper controller. A controller offers a dash of finesse as well as greater control, which can be quite useful with certain genres like racing games where you might need more precise throttle control. Here's a look at four controllers for PC gamers that are available on Amazon.

The Hyperkin X91 Controller sports the classic look of a 90s-style controller along with features of a modern controller, which will make it stand out. This retro twist to the gaming controller has a premium build that rivals its modern-style competitors that focus more on producing sleek gamepads. The Hyperkin X91 is officially licensed for Xbox One, making it compatible with all Xbox One systems, as well as Windows 10. The best part about this controller is the design and the ease your fingers have while using this controller. All your fingers will comfortably rest on the buttons and triggers at the same time, like they should. It also comes with Precision analogue triggers, a 3.5-mm headset jack and is compatible with Project Scorpio upon console release, making it a controller every gaming enthusiast will love.

The Elite Wireless Controller Series 2 offers you a whole world of customisability. This includes fine-tuning the thumbsticks and adjusting the distance that the triggers can travel. It also features paddles at the back which can be customised as per your requirements. In fact, the controller comes with a set of six thumbsticks, four paddles, and two D-pads. So you can completely customise the controller as per your liking. It also comes with its own charger, so you don’t have to go through the hassle of buying AA batteries.

The GameSir T4w controller comes with a 32-bit MCU chip and computing capability of up to 48 million times per second, which should result in high sensitivity and accuracy in the overall performance. This means you can be quick on your feet while dodging bullets. The controller has an ergonomic design that is made of high-quality materials for enhanced durability. It also comes with clickable joysticks, an easy-to-use D-pad, and smooth, responsive shoulder buttons that place you in the centre of the action and attention. The GameSir controller is known for its Dual-vibration motors. This realistic vibration is triggered during each hit, crash and explosion and thus ensures the impact is vividly felt by the user. One can also easily adjust the Motor vibration intensity to customise their gaming experience.

The Redgear Pro gamepad uses 2.4GHz wireless technology with a 10-metre range, allowing one to play while sitting comfortably away from the monitor. The Redgear Pro Series wireless gamepad claims to be the ideal choice for those looking to enjoy their favourite games without the hassle of cables and wires. The gamepad comes with an inbuilt lithium-ion battery that allows you to game like a pro for up to 10 hours on a single charge, as per the brand’s claims. Additionally, a single charge of up to 30-minutes is claimed to provide uninterrupted gameplay for up to two hours. This means you don’t have to charge your controller overnight to play the next day. The gamepad also comes with a plug and play feature which does not require any driver to be installed before gaming. The latest games can run with this feature. However, with older games, you would need to install the included driver in the pack.

The Logitech F310 gamepad claims to be the perfect controller for serious PC gamers as it comes with a familiar console-like layout, easy-to-customise controls and extensive support for your favourite hits and classics. It is easy to set up with your gaming station thanks to X Input / DirectInput – the two most common input standards. You can use it to play via consoles with their native-style controller or adopt a more relaxed position while enjoying PC games. It also comes with changeable standard commands that can be altered using the free Logitech Profiler software. The buttons and controls on the gamepad are fully programmable and can even mimic keyboard and mouse commands, leaving you with an effortless gaming experience filled with fun and action. You may also enjoy the more responsive, tactile feel of the exclusive 4-switch D-pad. It glides over four individual switches, eliminating the weaker sense of control common to standard D-pads that have only one pivot point.

The RPM Euro Games controller is compatible with Windows 7, 8, 8.1 and 10 and also the PS3, meaning you can use this to play video games on most devices. It comes with dual vibration, which makes the gaming experience extremely lively and action-packed making you feel every little impact that is seen on the screen. This gamepad has 10 digital keys, two Analog sticks and two Analog sensitive triggers which means you can change up your sticks and toggle comfortably during the game without much hassle. It comes with a 1.7-meter USB cable that can be used to plug in the controller. It is also known to be X and D input compatible, and has USB 2.0 support, which is more than enough for a controller.