Soundbar with Dolby Atmos and DTS:X support on Amazon India 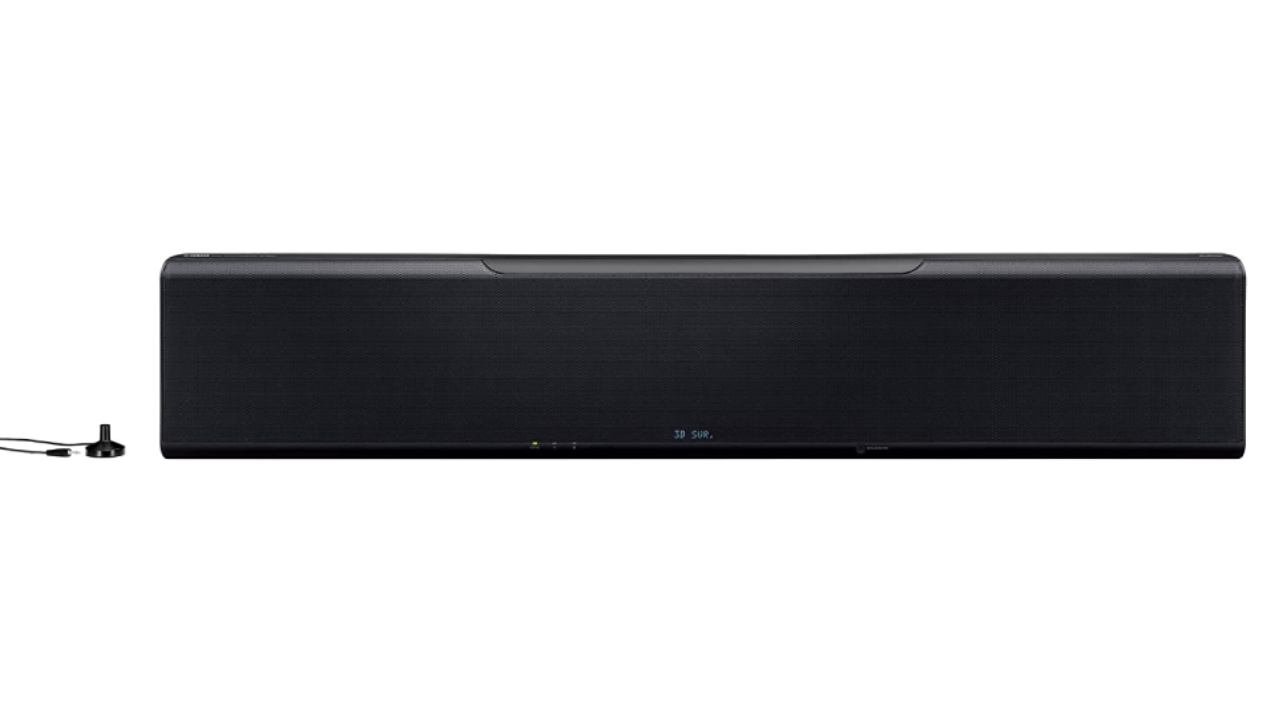 Soundbar with Dolby Atmos and DTS:X support on Amazon India

To get a true surround sound experience, one would need to invest in an amplifier, specific speakers, cables and the works. Honestly, it isn’t the ideal option for everyone as the average living room may not have space for it, or you are looking for a simple plug and play solution. Audio technology has advanced to the point where a sound speaker can simulate rain in a manner that feels the sound is coming from above your head. Soundbars today have also come a long way in being able to simulate surround sound for viewers at home. The best surround sound technologies available in the market today are Dolby Atmos and DTS Virtual: X more commonly known as DTS:X. There are a lot of soundbars that offer one of the technologies, but what if you want the best of both worlds? There are some soundbars that can not only decode Dolby Atmos but DTS:X as well. If you are looking for a simple plug-and-play solution for your home theatre setup and want a compelling surround sound experience, then these are some soundbar options available on Amazon.

The Yamaha Music Cast YSP-5600 is a single bar, but don't be fooled by it. It has a 46 speaker array in which 44-speakers are placed in such a way that they simulate a surround sound experience. Of these six are height channel speakers on each side provide 3D surround sound simulating the Dolby Atmos and DTS:X experience. The soundbar comes with 4HDMI inputs letting you connect devices like gaming consoles, set-top-box and even your DVD player directly to the bar instead of the TV. It also supports 4K passthrough via these ports. All the functions can easily be controlled via the bundled remote control. The soundbar also comes with 2 AUX ports and 2 optical ports giving it ample connectivity. The soundbar also supports AirPlay and users can control it via the companion smartphone app.

The best way to describe the Sony HT-Z9F is that it is a modular soundbar. Consumers can invest in the soundbar + wireless subwoofer first and if they like, they can add the surround sound speakers later. The complete package maybe a 5.1 setup, but sony has implemented a technology called Vertical Sound to enhance the audio to make it feel as though the sound is coming from above you. This feature can be controlled by the bundled remote control. The grill covering the front speakers can be removed if you like to see the drivers. It can clip back on magnetically. The soundbar also has 1 HDMI passthrough port so you can connect a gaming console or set-top-box directly to it. It supports 4K HDR passthrough including Dolby Atmos. It connects to the internet via Wi-Fi or ethernet and works with Alexa and Google Assistant.

The LG SL10YG comes with a wireless subwoofer. LG has partnered with Meridian for the sound output of this TV. It has upward-firing speakers to simulate the surround sound effect. It also boasts of High Res Audio which delivers 192kHz sampling rates and 24bit depth, both of which can contribute to more accurate sound. The soundbar also supports the Google Assistant. It comes with Chromecast built-in and you can control it with your smartphone as well. It has 2 HDMI ports, Bluetooth and optical for connectivity options.

If a simple plug-and-play solution is what you want to simulate Dolby Atmos and DTS:X then you should check out the Sony HT-X8500. What you get is the bar alone, no subwoofer with it. The subwoofer is built-in to simulate bass. It also comes with Sony’s Vertical Sound to simulate a surround sound experience. It boasts of Bluetooth and Optical in addition to HDMI connectivity. It has an HDMI pass-through port so you can connect a gaming console or set-top box directly to the console. It supports 4K HDR passthrough. It comes with simple and easy-to-use remote control.