Hankering for a few hours of ‘old-time’ audio cassette quality music? If so, then browse through the following four audio cassette player-recorders available on Amazon. 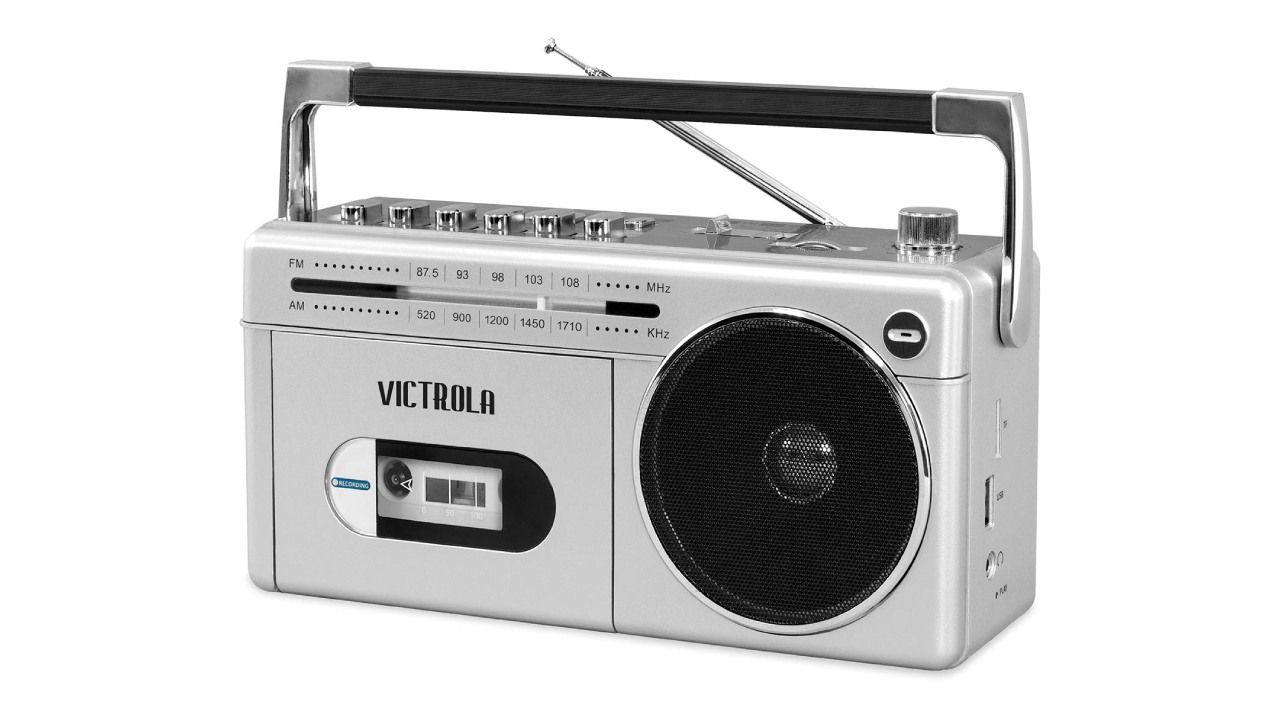 Many people still crave the old analogue musical sound and feel that it made for a richer auditory experience than digital music. The same goes with recording professionals who have to tape interviews, etc. If you’re one of those people, check out the following audio cassette recorder-players listed on Amazon. They all feature the standard 1980s walkman features that will make you remember the days of yore as you’re listening to your cassettes from that time. In addition, they have various other features which make them attractive purchases in today’s digital age. Besides, cassettes and records are back in vogue, so you’re not just indulging in nostalgia, but being trendy by buying one of these.

Sleek, light and compact, Microware’s Re-024 is reminiscent of the good old walkman. With Auto Reverse and a standard 3.5mm aux jack (for your headphones or car speakers) you can re-acquaint yourself with what hi-fi stereo and mega bass sounded like decades ago. It can be run on batteries or via a USB power source. Its best feature is its ability to digitise cassette music into the MP3 format without the need of a computer—just insert a USB flash drive and press Record—which can then be played on your laptop, iPod or phone. You can even burn the digitised music onto a CD on your laptop. Included with the set is the tape-converter software CD to guide the user on the analogue-to-digital transfer.

The Jensen MCR-100 has all the standard features that any audio cassette recorder/player would have, such as the standard buttons, volume control, a headphone jack and one-touch recording. Automatic level controls and an inbuilt condenser microphone make recordings crisp. A unique feature is the addition of an external microphone to the unit, which has an input jack. It has a retractable handle for easy portability, and finally, this recorder-player can be run on batteries, or it can be plugged into the mains.

Hamilton-Buhl’s HA802 features an inbuilt mic and an automatic recording level function to ensure steady sound levels without the need to make adjustments. It has two headphone jacks and separate jacks for an external mic and a remote (not included) so that you can control your music from a distance. Aside from standard audio-cassette-playing functionality, it also has a USB port and separate controls for playing MP3 files stored on a flash drive. Lastly, it too features a retractable handle and can be either plugged into the mains or run on batteries.

Tobo’s unit allows you to convert the contents of your audio cassettes into the MP3 format without using a computer and automatically partitions each song on the tape. One needs to simply plug a micro-SD card into the given USB port and press Record. Your cassette music gets converted and stored in the SD card directly, after which you can check the recorded music on the device itself. With Auto Reverse function, it can even be used as a standard walkman. Just plug in your headphones, speaker or car stereo—yes, its audio channel is L/R stereo—into the 3.5mm auxiliary jack provided and relive the music of your cassette days. The set includes a pair of earphones and a USB to a 2.5mm jack power cable.

Like most modern electronic devices, the Ezcap230 has the standard dual power supply functionality (batteries or USB) and allows you to listen to your old tapes in L/R stereo (earphones included). It also enables you to convert your cassette music into the MP3 format, automatically partitioning the songs, which you can then check by using the unit’s playback feature. It even functions as a standalone MP3 player. Just plug in a flash drive containing your favourite MP3s and play them. Aside from controlling the output volume level to the earphones, the volume control dial also controls the input recording volume level. Also, the recording is done in real-time; i.e., at tape-playing speed. Lastly, you can record audio from any line-level source using the aux jack as an input jack.

Victrola’s VBB-25-SLV is a three-in-one audio player. Of course, it is a regular audio cassette player, with the standard buttons, including Record. It also functions as an MP3 player, with a USB port (to connect the drive on which the MP3 files are stored) and smaller buttons on another row for playing, skipping tracks, muting the sound, etc. Finally, it is an AM/FM radio with an analogue tuner. What truly distinguishes it from older player-recorders is that it enables wireless Bluetooth connectivity. The set sports a speaker large enough to justify it being called a boombox and even has a headphone jack for private listening. It can be run on batteries or plugged into the mains. Finally, the device has that classic silver finish which some of us have always found so attractive.