3.1 channel soundbar for your TV on Amazon India 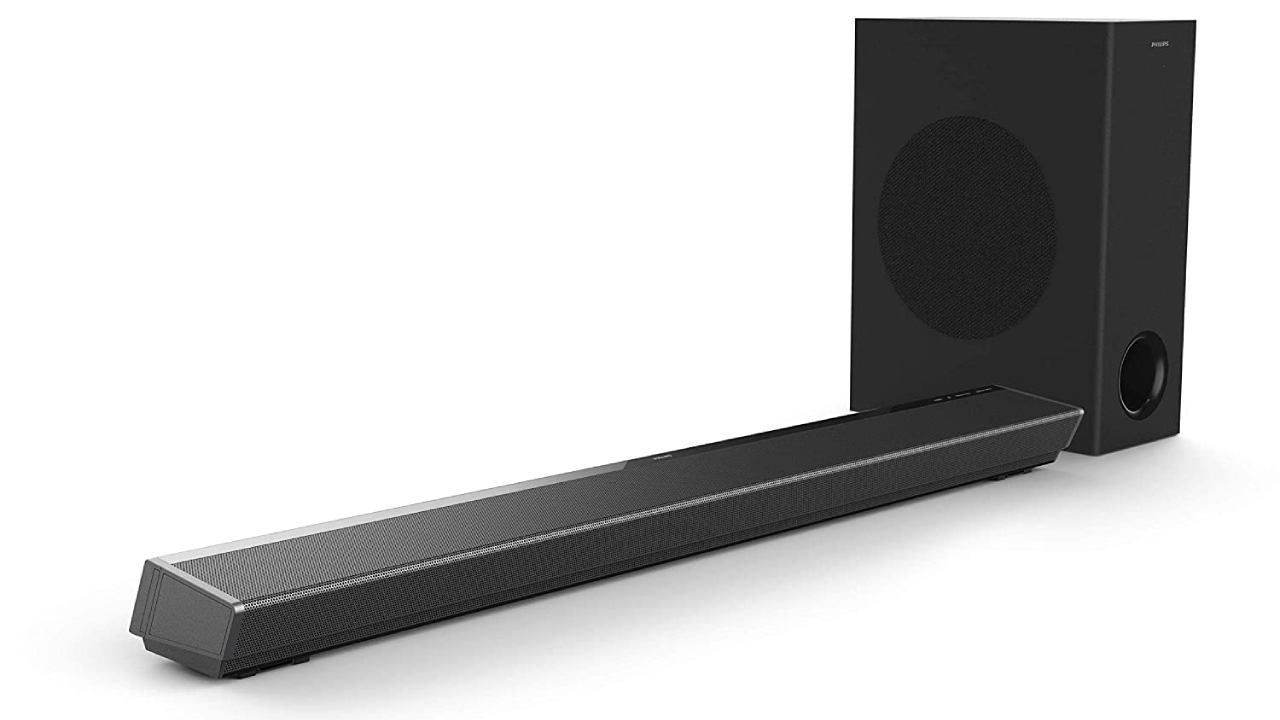 3.1 channel soundbar for your TV on Amazon India

As TVs grow thinner, one of the areas where they compromise the most is with the sound. This compromise has given birth to the soundbar category which has garnered a lot of attention in the past couple of years. While Soundbars come in various budgets bringing with them different features, the most common and simple form of soundbars have had 2 front-firing speakers and a subwoofer making this a 2.1 setup. In recent times we have seen soundbars bring with them a 3.1 setup which means there are three drivers in the bar and a subwoofer. The advantage of three drivers is that a user can get better channel separation, a dedicated channel for dialogues and many more. Put simply, a 3.1 channel does have its advantages. If you are in the market for a 3.1 channel soundbar, then here are some options available on Amazon to choose from.

This 3.1 channel soundbar from Philips boasts of support for Dolby Atmos. The centre channel gives the soundbar a dedicated channel for dialogues. It also comes with a wireless subwoofer. For connectivity, the soundbar has one USB port, One Audio in, One Optical in, 2 HDMI inputs with support for 4K passthrough, and one HDMI ARC port that will connect to your TV. It also supports Bluetooth connectivity. The soundbar boasts of 320W of sound output It also brings with it a sleek design.

The Klipsch bat 3.1 has two drivers on either end of the soundbar and one in the middle for channel separation, It also comes with an 8-inch downward-firing wireless subwoofer. The soundbar supports Dolby Audio and DTS decoding built-in so you can take advantage of those audio formats from the comfort of the bar. The bar boasts of 440W of sound output. In addition to the HDMI ARC, the soundbar also supports Bluetooth, 3.5mm Analog input, and Optical. The soundbar comes with remote control as well. It supports both Dolby Audio and DTS. It also comes with a night mode so the volume doesn’t go too loud if you watch content at night.

The Sony HT Z9F is a 3.1 soundbar and comes with a wireless subwoofer. If you like you can add additional rear speakers and make the system a 5.1 system. The soundbar boasts of both DTS:X and Dolby Atmos surround sound. It can connect to the internet via Ethernet and Wi-Fi giving to the comfort of both options. It also boasts of Sony’s Vertical Sound to simulate a surround sound experience. The soundbar can wirelessly connect so some Sony BRAVIA TVs. it has an HDMI passthrough port that supports 4K, HDR 10 and Dolby Vision. It works with both, Google Assistant and Alexa enabled devices. It also boasts of support for high res audio. It comes with Chromecast built-in.